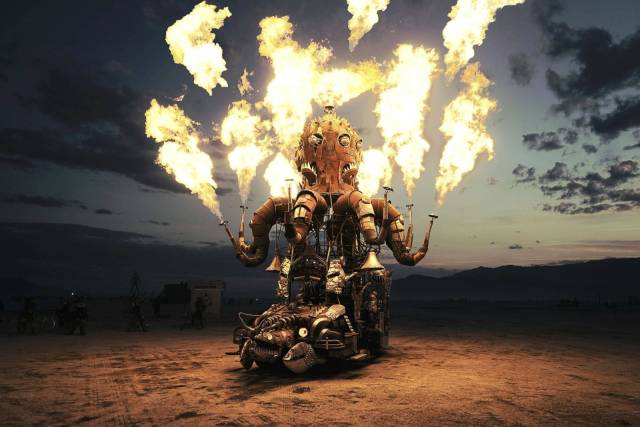 The main objective of trading is to find and create a trading system with high win-rate – the average number of transactions closed in plus. And this task is unsolvable for most traders, despite the many technical analysis tools and a huge number of indicators.

Great help in this difficult matter give currency speculators the analyses of records of the SOT and sentiment (sentiment). However, these methods are not perfect and have some disadvantages. In today’s article we will look at issues that may have data exchange CME and their solutions.

One of the reasons of fruitless searching for the Holy Grail – idle strategy or theoretical principles of analysis and market forecast. Traders often talk about the fundamental of the theory of eternity, but this is not for all directions, and the reason for that – new tools changing trading principles.

This happened with predictions based on market sentiment (sentiment): some brokers give them for a unique tool inside, introduce paid subscriptions to these signals or sell software. Despite this, the testimony of various indicators of sentiment are based on data on the real position, the accuracy of their small, but they are still being studied in theory and in practice, there are many services and terminals. 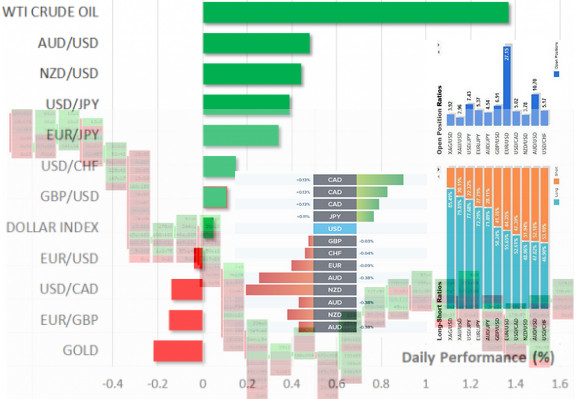 The reason for the popularity of the Sentiment indicators 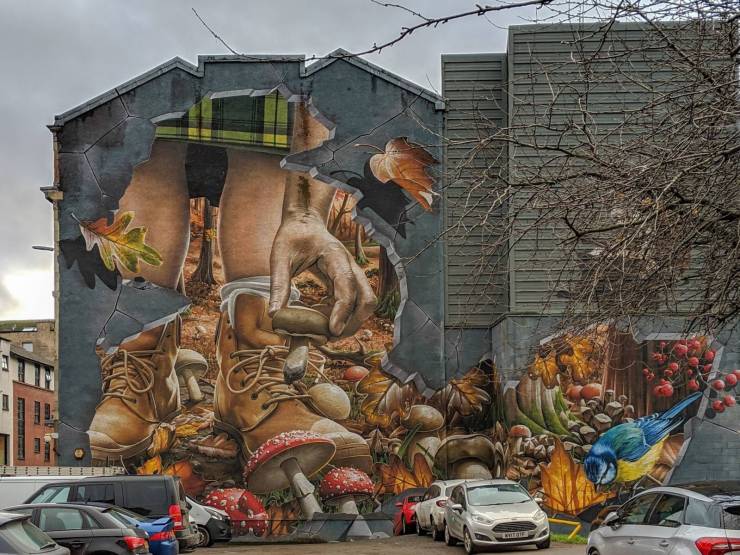 The pioneers of the strategy of analysis of market mood were the insiders. Buying information from brokers on the positions of the big players was without any indicators and analysis to earn money, repeating their movements. It was the easy money, which now entails a fine or a prison sentence.

With the development of legislative regulation of such information was banned. Institutional investors also took action, working through middlemen and market makers placing orders through a network of brokers and stretching at the time.

However, no matter how concealed its actions by large players, especially the law on transparent trade in the derivatives market given their positions. Larry Williams was one of the first traders discovered the world of the principles of analysis of COT reports.

On our website briefly describes this indicator that works according to the Commission CFTC, watching in the United States for the derivatives market. Large investment companies and brokerage houses open weekly volume of open positions for each instrument, including currency futures and options.

This is the Sentiment: long positions of large players, it is logical to indicate their desire to buy the Euro and short on the desire to sell the European currency.

The idea of analyzing the output data from the exchanges showed a high level of demand among traders who want to have indicators showing the direction of trading method for selective computation of most of the major traders have already entered the market, that is, “voted real money” for the chosen direction.

The COT report added different variations on the theme of the display data ribbon deals, analysts of pending orders from the order Book of the stock exchanges, the positions of clients of large brokers, the volume of capital flows in the ETF funds across countries, currencies, derivatives, and many other indicators of real investment.

On the sentiment into a separate business: indicators sold by subscription, created a separate program or data embedded in the terminals belonging to certain brokers and developers.

Selling indicators type Sentiment continues at the present time, but on our site all these data are provided free of charge. It is important to understand that this is a simple stream statistics items, and it doesn’t work for reasons that are discussed in detail in this article.

What is wrong with the data from the CME? 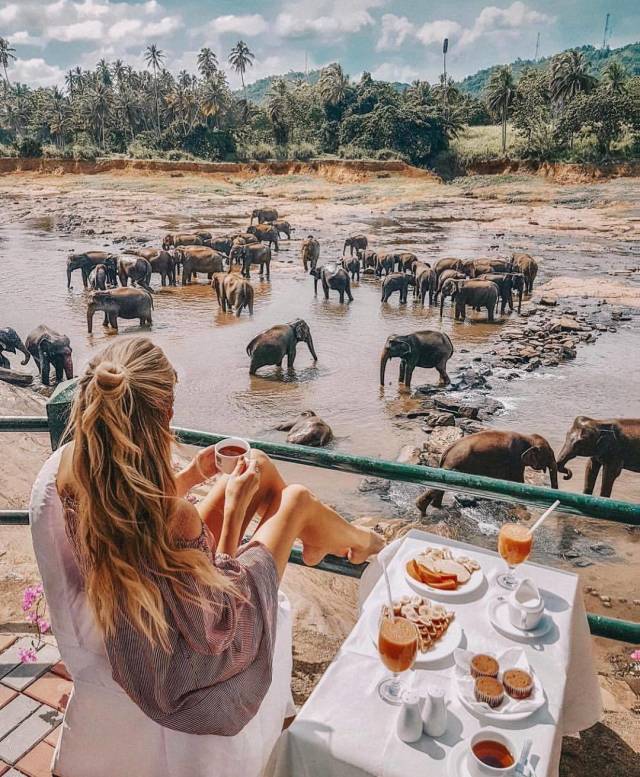 A quick look at COT reports proves the correctness of the postulates Larry Williams – line large large Speculators follow the trend, the position of Commercials on the opposite side, and the small players can not take into account. 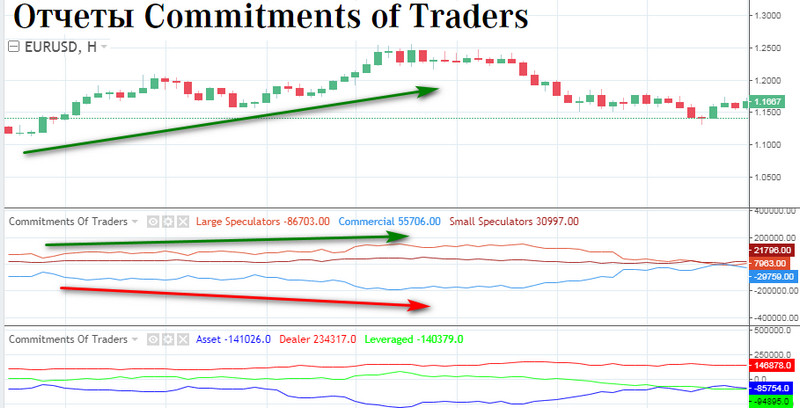 Let’s turn our attention to indicators of institutional investors and speculators on the EURUSD, before remembering that the fundamental picture that emerged by the end of February 2020.

Discovered on the last day of December of the coronavirus came out at that time outside China, began to strike country after country. On our website there was an article in advance predicting the development of the pandemic and the fall in stock markets. The collapse of stocks could affect the Forex market and specifically the Euro in case of reduction of the rate.

About it knew in advance the banks JP Morgan and Goldman Sachs, there was even an article in Reuters that the fed will hold an emergency meeting and cut rates (which eventually happened). What do the Large Speculators? They sold at a loss all two weeks of continuous growth strongly perekuplennosti to pair EURUSD. So did speculators actively Hejira positions in the wrong direction.

It is difficult to assume that they do not read the newspaper or Reuters didn’t know about the bet. Traders are watching the COT report, could not miss the 530 pips profit.

Why signals are so late, what’s wrong, Larry Williams? The method of analysis of the reports originated in 1977, when there were only options. She worked until 1990, but after failed, when the complex strategies of hedge that uses a set of simultaneously bought and sold different types of options and futures.

The problem is that the COT report is not taken into account the direction of the option and futures. In the above example, the major players were able to hold postures of the shorts on the futures, but at the same time actively buying Call options to hedge the risk of a market reversal. However, such transactions will be reflected as a General increase in positions.

What can replace the analysis of the COT report in Forex? 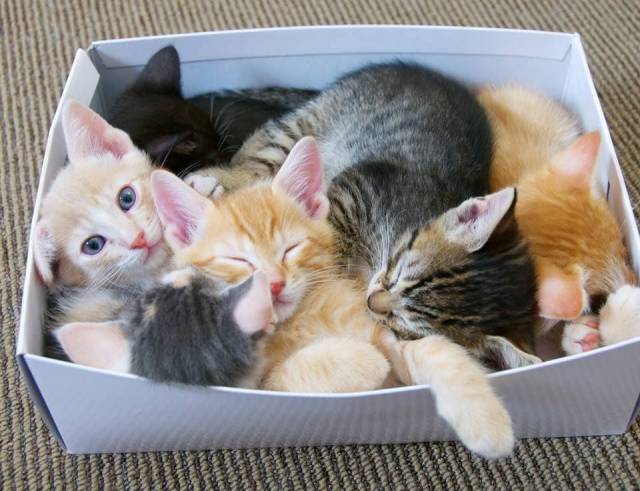 Considering specifics of the weekly report, work on them traders holding long term positions. The COT data certainly indicate the direction of the trend reversal points or the opposite inputs can provide an analysis of Open Interest FX options CME. 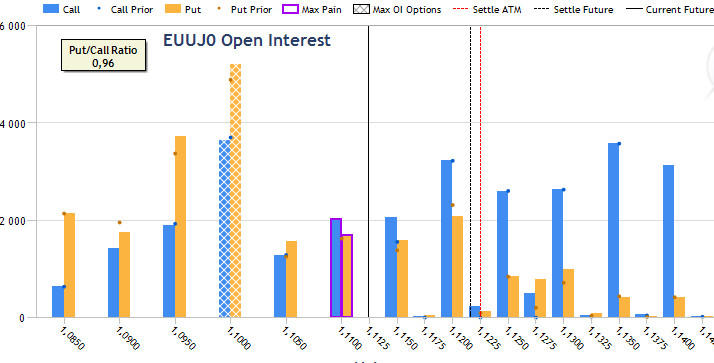 In the picture you can see how the value of a future Euro area exceeded the maximum OI, accurately predicting the correction that develops on the Forex market at the moment. In this way it was possible to predict “the February bottom” and rebound of EURUSD. The technique works on the levels of Open Interest is described in a separate article in our site. 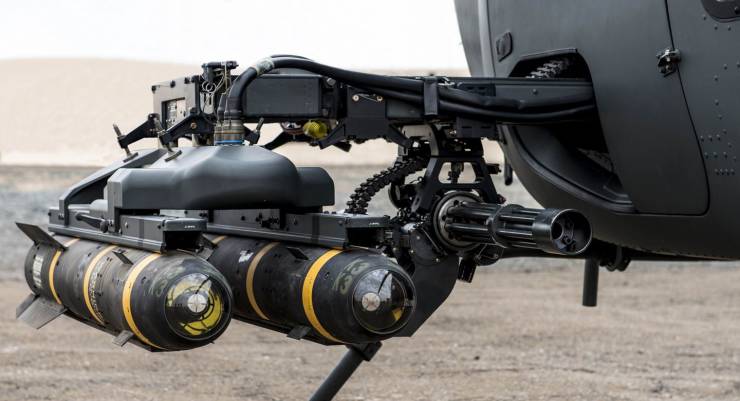 Analysts have proposed to calculate the mood of the large speculators on the Forex market by “parsing” the trading volumes at each price level the currency pair. This allows you to see the feed of all transactions that are broadcast by the Chicago stock exchange CME.

CME Group more than half a century shows high-end trading volumes on the various types of derivatives, including currency futures. The data on their trades after pre-processing translates the number of trading terminals (TraidingView, IB, ATAS, Ninja, etc.).

The trader specifies the period for which the indicator profile summarizes the history of sales for each price level, where the threshold transaction volume. These levels are superimposed on the chart as a horizontal histogram. The length of its columns shows the “power level” of support or resistance.

It is believed that large traders are large volume deals only at the price of the asset, which seems to them suitable for a set of positions. The trader issuing the warrant in the same area, will be able to participate in a future trend from the beginning or to take speculative corrective bounce.

In more detail the strategy described in the article on our website, there are links and the profile indicator for Metatrader.

In reality, the falling trend breaks through these levels without giving obvious advantages over conventional graphical analysis. Moreover, the global trend reversals take place in areas with minimal horizontal trading. This fact destroys the theory that it is a series of large transactions maximizes the rate of the currency pair.

The length of the horizontal histogram is determined by the duration of the flat. Where there is a sharp drop with the reversal of the trend, will never signal histogram. Some traders combine two different calculation period profile of the market, believing that the “deep past” predict reversal zone, but it’s not working.

The reason is that the area of trading interested in big buyers and sellers only at the time of the transaction. The quotes back ago means the change of situation, which is not to say that large traders will re-enter the market at the same price, rather the contrary.

If they have previously bought or sold at these levels, the only to profit in the trend. The quotes back to the entry point indicates that something went wrong or typed in earlier volumes marked with histograms, disassembled somewhere above or below.

If you compare the recent situation of a sharp rise and pullback EURUSD, the second week of the crisis of 2020 proves more effective work of Fibonacci levels. The histogram profile of the market are unable to determine the pivot point, which exactly coincided with the 61.8% level. 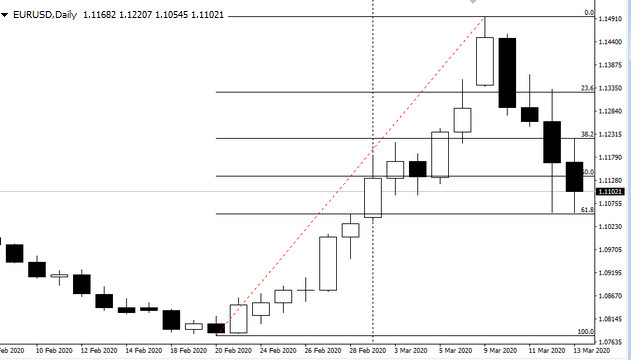 The position of investment banks in the Forex market 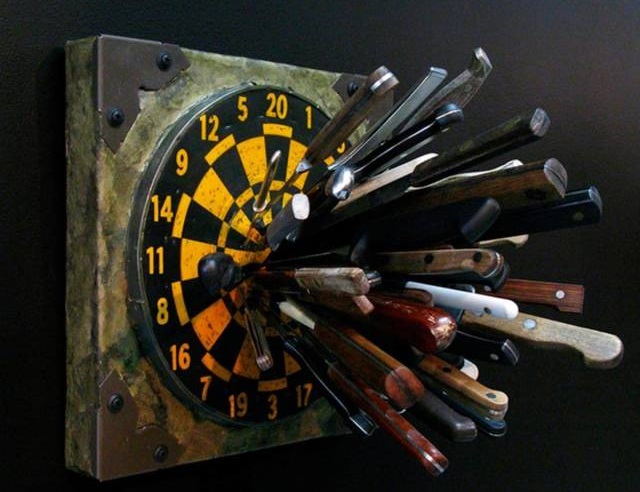 The most direct way to understand the sentiment of the big players in the Forex market – know the positions of the investment banks. Such information comes in the Internet and for several years was published on our website in the daily forecasts.

Two years of statistics collected by the world’s 15 largest banks, helped to sum up the strategy of following the insiders. It is quite disappointing: the trader will have to believe that 35% of global financial players constantly funneling money in the Forex market! 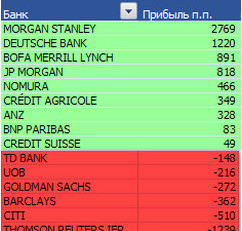 This suggests that the best strategy is to follow the leaders shown above, but in 2020, Morgan Stanley merged 680 points only at the beginning of the year. Probably the list of banks is in constant rotation: “libatory” in a few years be on the list profitable trading banks and Vice versa. This is because the more complex the strategy pursued by financial institutions in the interests of clients, position and combination of simultaneous trading in the securities markets (stocks, bonds), futures and commodities.

Perhaps the trader will get lucky and he’ll be able for several years to follow profitable orders Morgan Stanley or Nomura, but what happens when the situation changes? When the trader will understand that the Bank merges, if everyone on this list there are both positive and negative transactions? 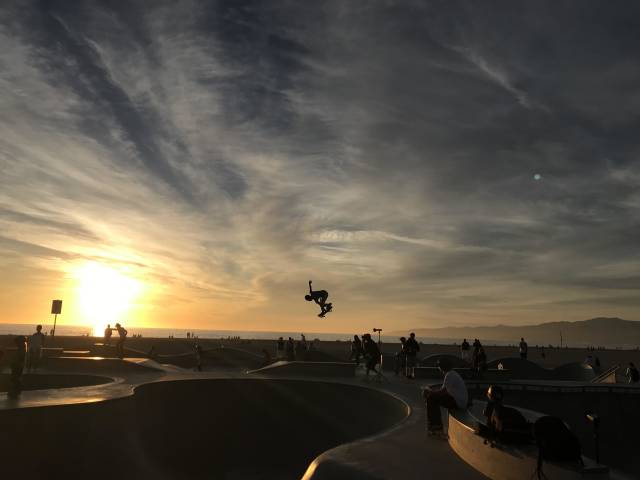 Different ideas of the analysis of the statement does not give the trader the benefits of trading causes a wide of specialization and complex hedging schemes applicable to hedge funds and banks. The actual volume of direct purchases or sales in currency pairs major customers, too, appear on the market small lots sold through the market makers.

Analysis of market sentiment from the point of view of common positions are also ineffective: the “crowd” buys on highs and sells on lows or with a delay involved in the trend. Not worth chasing inside – it is already incorporated in the price and is transparently readable if the trader has knowledge of the Price Action.