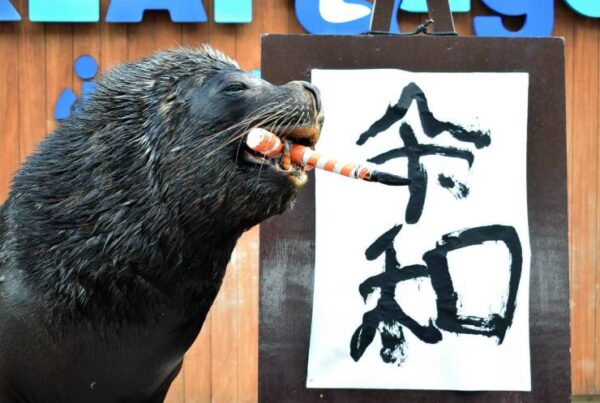 I would like to touch on the subject of pair trading, popular Forex among the newcomers. Many of them notice synchronous (same) movement of currency pairs, quickly wondering about the possibility to capitalize on the divergence of such movements.

In this case, profits tactics short of one asset and simultaneous occupation of a long position in another instrument with positive correlation or unidirectional transactions with a negative. Therefore, the strategy is called pairs trading, although in the case of currencies two transactions can be replaced by one trading cross pairs.

In many resource describes the risk of pairs trading or kvazarmicro, but to every rule there are always exceptions. In Forex market there are people trading this strategy with proven profits. Not having and not seeking the knowledge of the intricacies of the science of trading, it gained hundreds of thousands of followers, got into the business press and received the article in Wikipedia.

Let’s see how the trader trades the famous CIS from Japan, and will examine its strategy for USDJPY and Nikkei 225. 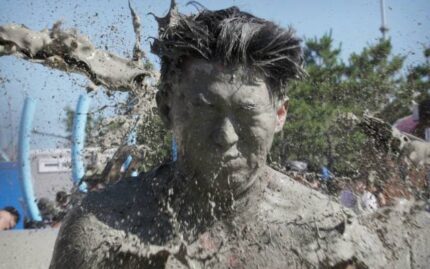 Simple rules, divergences and convergences of expectations is attractive because it does not require extensive knowledge of theory, complex trading systems, fundamental and technical analysis. Enough visual monitoring charts and determine a threshold discrepancy to transactions.

Experienced traders know that movements can disperse up to thousands of points, bringing a double-loss for each open position, and never the TWAIN shall meet. In the end, all fans of pairs trading on the currency could wait for a drain.

This development is predetermined in advance – just look at the correlation coefficient that indicates the ability of the quotes from one instrument to replicate the price movements of the other. It is determined in values from 0 to 1, i.e. 100% of the relationship, where 70% is already “predicts a potential drain” by pair trading. 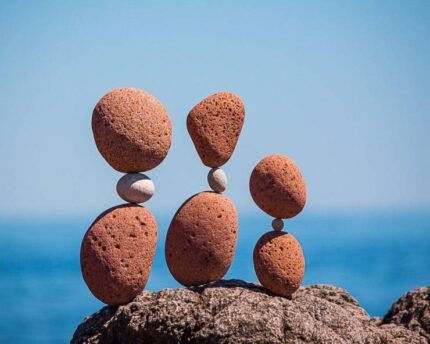 In 2015, the Bloomberg journalist went to Japan to meet with the owner of the Twitter account @cissan_9984. Renowned business publication watched in 2013, noting that an increasing number of subscribers traders, reached at that time several tens of thousands, and the flow of feedback in a public transaction.

By the time the 36-year-old young man, hiding behind a pseudonym CIS, has gained wide fame on the national trading resources provocative posts, exposing the almost complete lack of knowledge upon successful intraday and medium-term speculation futures currencies JPY, EUR and Nikkei 225, S&P500, while predicting the market better than many analysts.

Thanks to the active, almost round the clock communication CIS in social networks we can see that a day trader mostly took video games and cards, in between which there were trades in the Forex and stock market.

World famous trader to come in 2015, when the collapse of the markets he has managed to earn tens of millions of dollars over a period of a little more than a week. Profit brought the transaction to both parties: in mid-August, CIS sold futures Nikkei 225, after 21 August was opened by the reverse position, actively gathering long positions, having to make a panicked sales, buy at the bottom and to capitalize on the rebound.

Bloomberg journalist wrote an article about this, which sold millions of posts worldwide, CIS presented in the proof of the success of the discharge of the broker on the $186 million earned in trading. 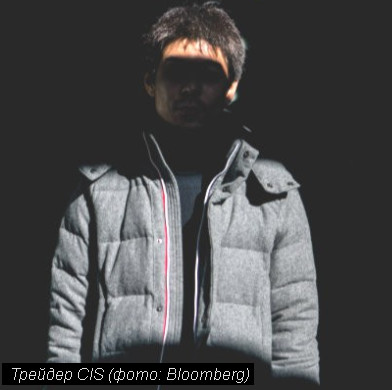 The trader has fulfilled the dreams of many people who come to the Forex market for easy money, not spending a single day on trading learning and the annually increasing amount of the trading account. Starting with a balance of 1 million yen (about 600 thousand rubles), at the end of 2018, CIS has 23 billion in the national currency or 2.1 billion U.S. dollars. 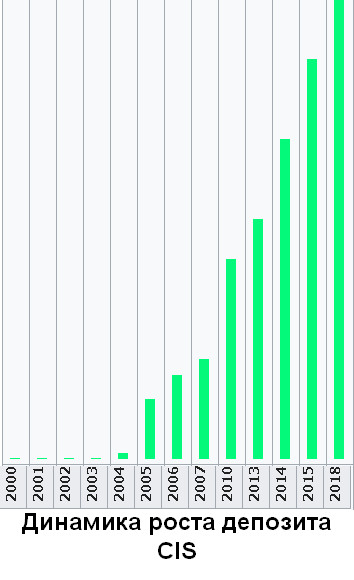 The article changed the life of a young man in 2015 he lived in a rented apartment, did not go further cafes and restaurants, giving more time to video games than trading. After the publication of Bloomberg and the growth of new followers on Twitter to hundreds of thousands, he began to listen to the advice of the community, are encouraged to think about the future.

For three years, CIS has become the owner of a property, receive rental income, have become investor – the bond holder – and wrote the book on investment philosophy. 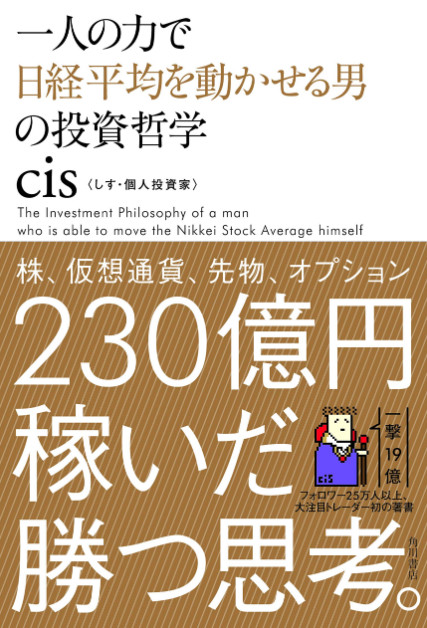 Remained unchanged the approach to the strategy of earnings on Forex, securities and (most recently) cryptocurrency. All forecasts of future movements and transactions he builds on the basis of pairs trading, correctly selecting interrelated tools. 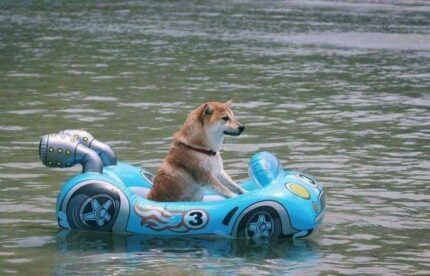 According to a Japanese trader, the foreign exchange and stock speculation was attracted to him even during his training at the University Hosa. Professional playing cards accustomed to the CIS observation and finding patterns, and also helped with risk management – definition of the investment amount in each transaction, as stop-loss strategy was not provided.

Watching the stock market, the trader saw an opportunity to forecast the movement of stock small-cap stocks through observations of “blue chips”. After a strong growth in the CIS market is looking for “stragglers” securities in the first and second tier, which was part of the Nikkei.

Typically, purchases were made by the trader after a 3-5% gap (lag) in height; not to put foot, trader used hedging and diversification, selling at equal to the purchase amount shares flagships or Nikkei futures, thus “averaging” the purchase by investing in shares of other stragglers of the first or second tier.

The loss of 70% of the forced CIS to expand the number of traded instruments with a view to greater diversification and to improve the quality of predictions. As a result, he went beyond the stock market, noting the relationship between the exchange rate and the Nikkei, adding to this misindexing arbitration market in Japan and the United States. After these changes, the trader does not lose more than 40% of the Deposit.

CIS trader uses to predict the movement of currency or index one well-known feature: the “national stock market falls along with the strengthening of NATs.currency and growing in her weakened

The yen is actively traded in the international Forex market with the unofficial status of the Asian reserve currency. Currency traders can proactively respond to negative or positive events that belatedly acts out the Nikkei.

In such situations, there is a discrepancy between the dynamics of the currency and index, that attracts arbitrageurs or investors, dealing with a course that can be used as an indicator privatnih points.

Define reversal zone helps the RSI indicator for overbought or oversold instruments. Consider in detail the strategy of currency pair and index trading of a bundle Nikkei 225 against the yen. 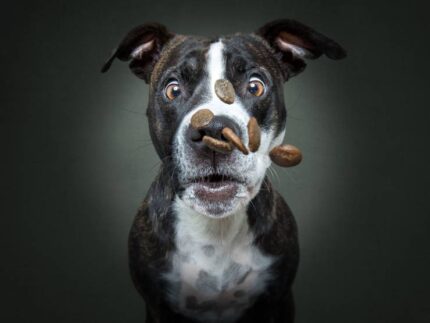 Given back a quote of USDJPY pair, the long signal is formed by: 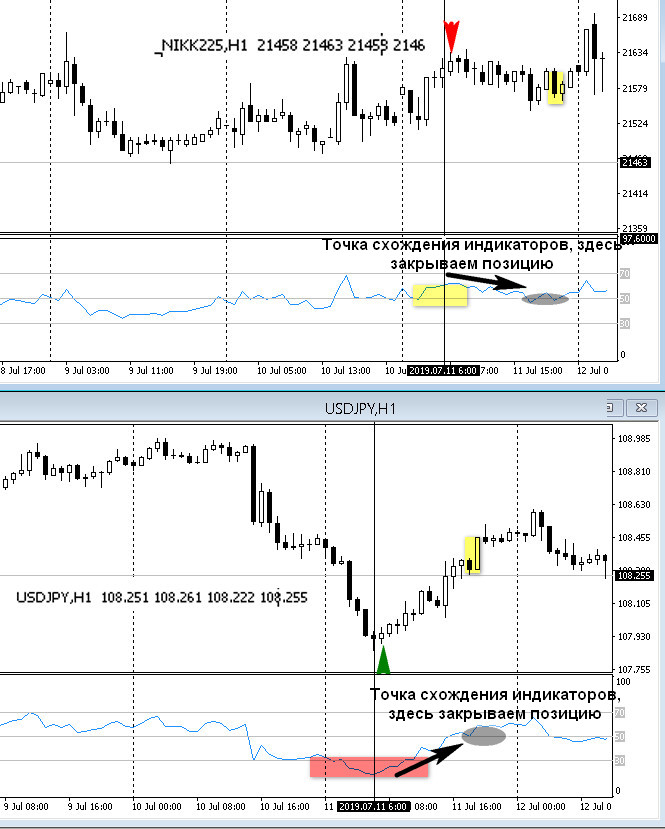 In this case, the trader can:

In the latter case the trader will need to pre-consider nuances:

If the indicator RSI USDJPY currency pair is above level 70, you can open shorts, subject to finding at this point a curve of the oscillator on the chart of the Nikkei below 50. 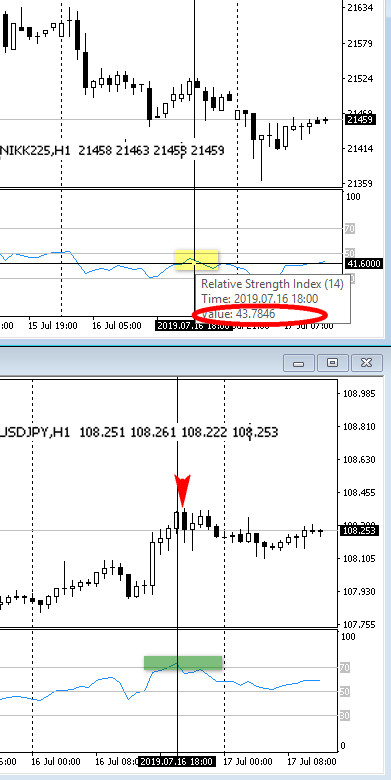 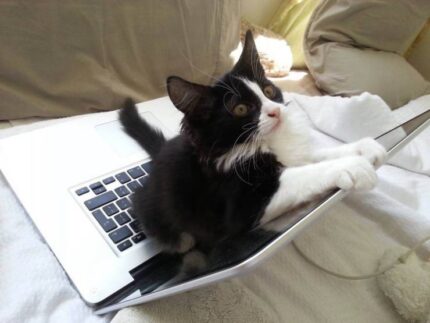 In MT4 terminal there is a non-trading instrument, the Nikkei index, which can be used to add a list of tools to the table, and then open a chart with hourly candles and set the RSI period 14 and levels 70 and 30. 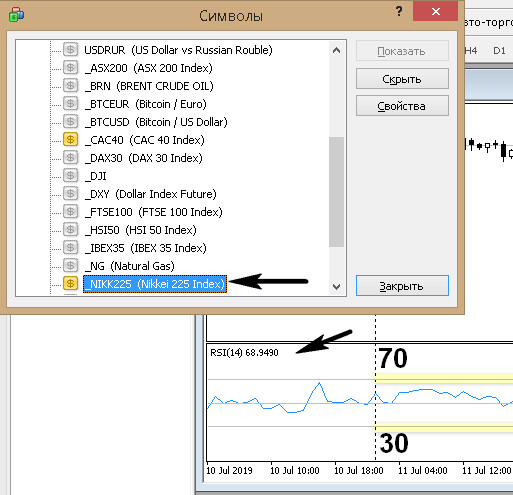 Carry out the same action with the currency pair USDJPY, placing it under schedule timetable Nikkei and aligning the hourly candles. 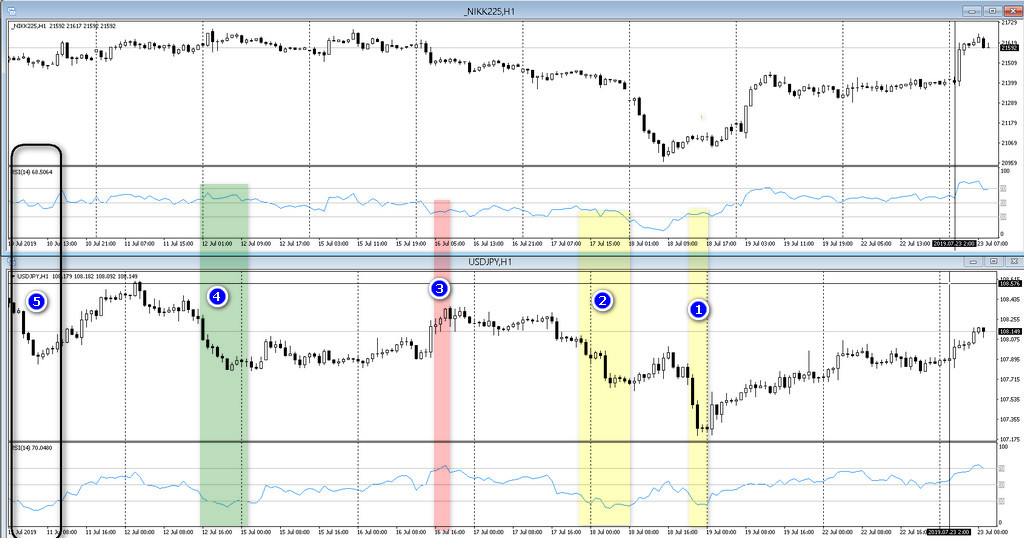 The use of the Nikkei as an indicator that allows to focus only on the overbought (<70) and oversold (>30) of a currency pair.

In the figure above are considered five examples of such signals on USDJPY. By juxtaposing these areas of overbought and oversold with the current values of the RSI on the Nikkei, we see that cases (1) and (2) will be no transactions in the third case, the couple should sell in the fourth – to buy. The fifth is a complex case in which the conditions for transactions occur after the signal has been “rejected”.

We will consider each case in more detail.

In the second half of July on the hourly chart yen strengthened to conditions oversold RSI<30. The rising cost of currency had a negative impact on the stock market, which at the time fell and was in a state of flat. 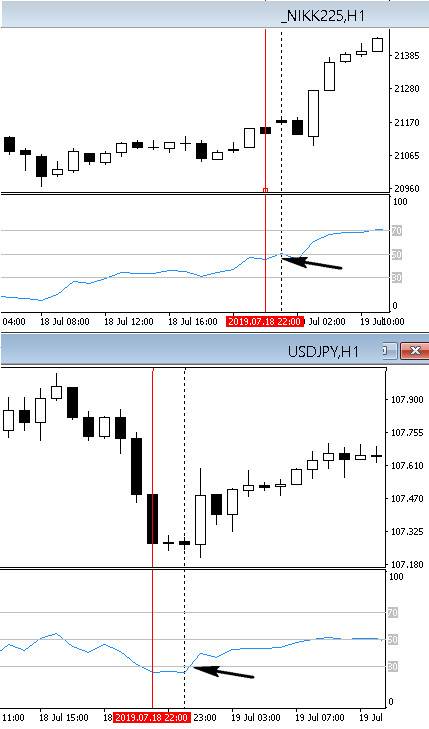 The interconnectivity of the currency and the Nikkei has led to the fact that both the RSI was <50, even at the time of release of the indicator to the currency of the oversold zone. According to the strategy rules (RSI currency <30, RSI index >55) in this case there are no conditions for the deal.

A similar situation happened a few hours earlier: the currency and stock market are synchronously entered into the oversold condition. RSI divergence dynamics of the two instruments is not, therefore, ignore the oversold currency. 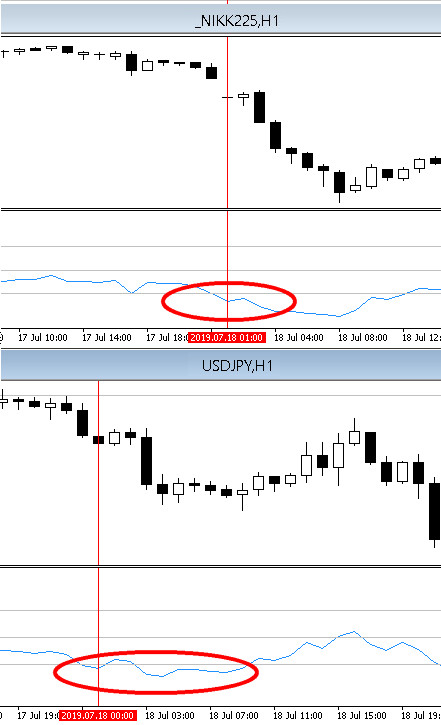 In the third example, the tendency of weakening the yen, expressed in the growth of the pair USD / JPY broke up with the dynamics of the stock market. As can be seen from the figure below, currency RSI crossed 70 but the RSI of the Nikkei at this point was equal to 43. The entry conditions are met – sell the pair at the first return of the indicator is below 70. 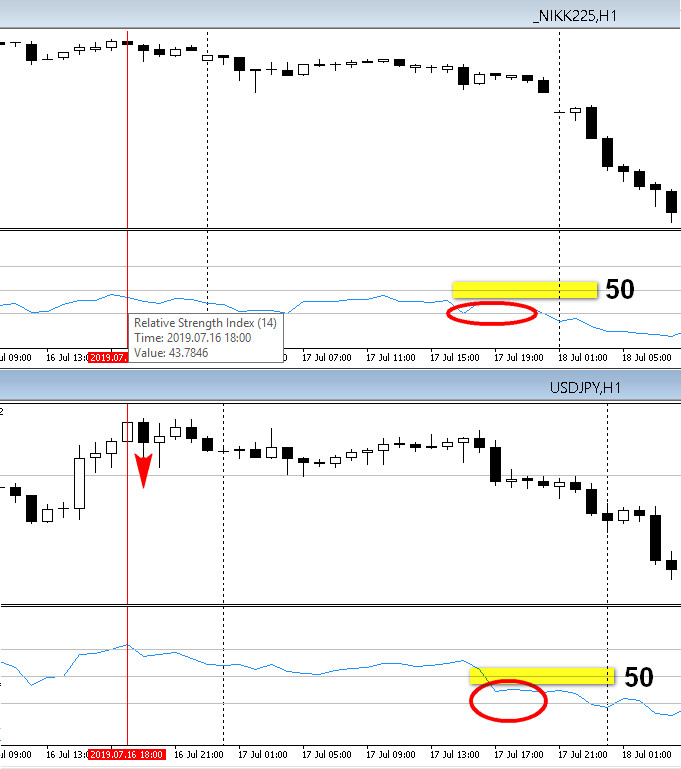 The position is held until the end of the next day, fixing the profit is determined by simultaneous monitoring of two indicators. As can be seen from the figure, the RSI of the currency in the fall moved below 50. There is also RSI curve of the Nikkei.

Lost in this case the divergence of the dynamics and currency of the index, which was the reason for the transaction, so the profit is better to fix.

In the fourth example, the first buy signal was a false note in the picture below: curve poorly RSI breaks level 30 in 1 hour of the night, the line of the RSI indicator is above 55, but the output of USDJPY oversold signal RSI index is lost, decreasing by 50.

He appears again on the morning of another day when you exit the oversold RSI chart Nikkei above 55 that leads a trader to deal. It is held to align the curves, this time the stock market decline allow RSI below 50. 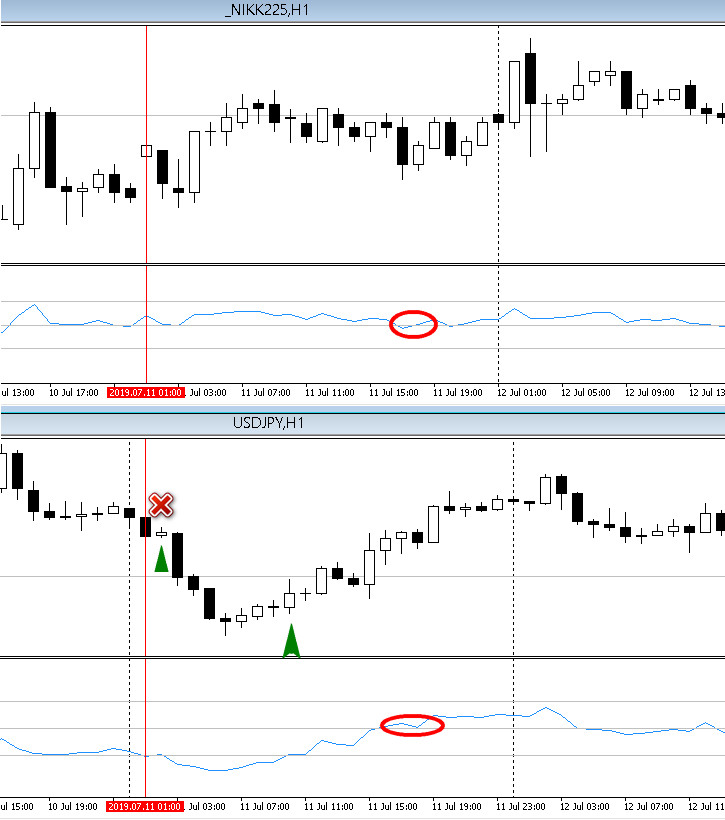 Deferred transaction discussed above is common, the market may long to be in extreme conditions above 70 and below 30 during a strong trend. During this time, the second signal indicator can “walk” to the desired values. 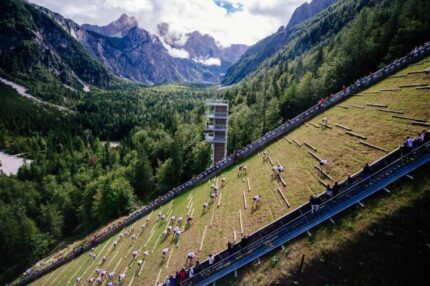 The relationship of national currencies and indices fundamental, because both tools reflect the economic situation in the country and is directly dependent on the actions of the Central Bank. This reliably ensures that, in the end, both options will get rid of the short-term trend discrepancies due to the actions of arbitration specialists or influenced by the currency interventions of the Regulator.

Strategy is given in General terms, as the Creator does not reveal tactical secrets and the accurate settings of the indicators and to the end tells us what other indicators used in trading. But even such a simple approach allowed the trader to occupy CIS positions in the second largest stock market in the world.

In his book, the author boasts that tweets can influence the trends of the Nikkei, having absolute authority among the 400 thousand subscribers who are willing to copy trades of the trader. However, the strategy does not involve complexity, putting only the question of the frequency of transactions, but it is solved by using extensions of the toolbar.