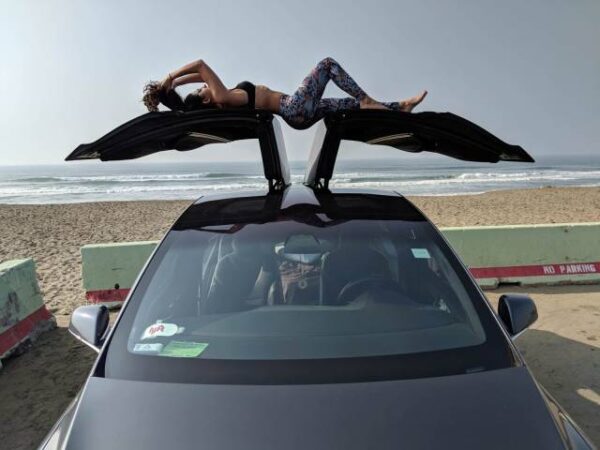 Many of us “ignore” the fundamental indicators and analysis because of unpredictable market reaction to published values of economic indicators of the country.

But there are a few understandable and accessible to mere mortals indicators for fundamental analysis that are perfect for EURUSD and allow you to understand in advance what kind of mood prevails in the market. Without reading the sad intelligence of economists. 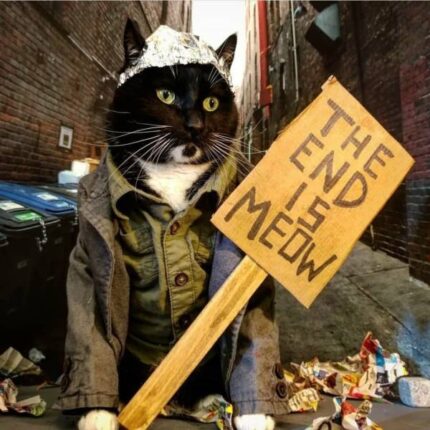 For example, traders can “illogical” to sell the currency on the rise of inflation to ensure economic growth, suggesting that the Central Bank will raise the rate. When this happens, the currency will be bought in spite of the fundamental “book” theory, if within one month before the meeting of the Commission rate was a steady downward trend.

The same situation occurs when the output of the other fundamental numbers that make this type of analysis subjective, unlike the technical indicators giving a clear signal-specific values or the crossover of overbought/oversold. 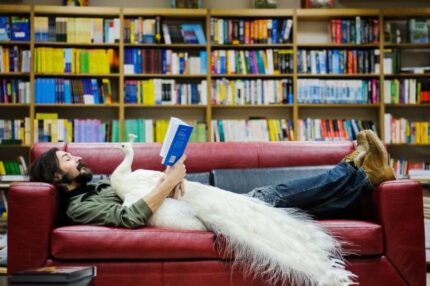 The US economy is on the volume first in the world, so the value of the country’s GDP direct impact on international Forex market. Investors pay attention to the dynamics of the gross revenue – current percentage increase or decrease of this indicator compared to the previous year.

Bureau of statistics U.S. government produces quarterly GDP. Care indicator is in the negative area can lead to a strong decline of the EURUSD rate, and recession (falling for two consecutive months) to a full-blown economic crisis. The end of 2008 and mid-2014, clearly demonstrate this fact. 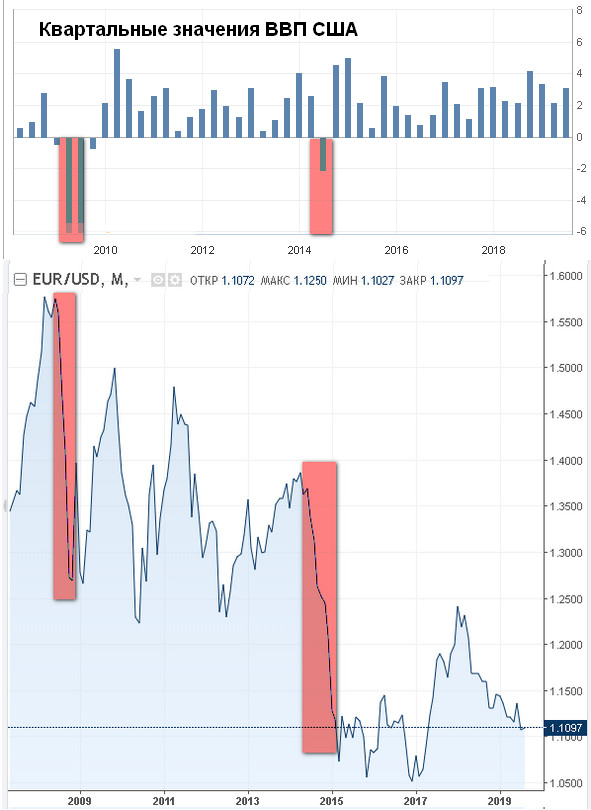 The economic downturn in the US is forcing investors to “save” money into American government bonds, leading to a sharp demand for dollars. The weak performance has also become the reason for the downtrend in EURUSD.

Despite the clear impact of GDP on the exchange rate, to use quarterly values of the indicator does not seem to be convenient since the data are published monthly, but always reviewed the final version comes very late and is already accounted for by insiders of the economy. 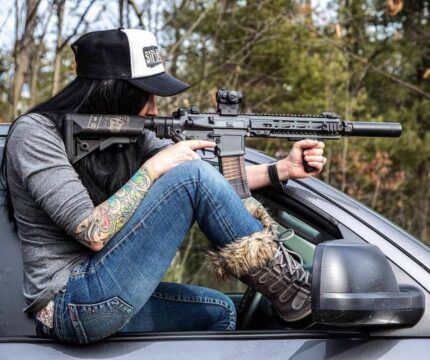 For long-term forecasting of EURUSD will fit the Buffett indicator – the ratio of market capitalization of the shares to national GDP, expressed as a percentage. The formula of its calculation is quite simple: the numerator is placed the aggregate value of the 5,000 shares of the stock markets of the USA, divided by the nominal expression GDP in dollars of the United States.

Capitalization reflected in the Wilshire 5000 Total Market Full Cap, at the moment it is about $30 billion, and GDP publishes the FED, recent data from April showed a gross income of slightly more than $21 billion.

Despite trailing indicator values and sparse data update (once a quarter), it is used as the oscillator of a global reversal of the currency pair EURUSD:

Not to count the data manually, you can use the service of the gurufocus website or other resources, by driving in the search engine tag “wilshire 5000 to gdp ratio”.

As can be seen from the graph below, the index Buffett predicted a global reversal in the long EURUSD at the March 2009 index and the long short, since the winter of 2014 year.

If the transfer signal on the EURUSD chart, it turns out that the oscillator is accurately identified long-term support held for four years, and the global turn 2014. Given the constant overbought wilshire 5000 gdp ratio, we can assume the possible achievement of a parity of Euro and dollar. 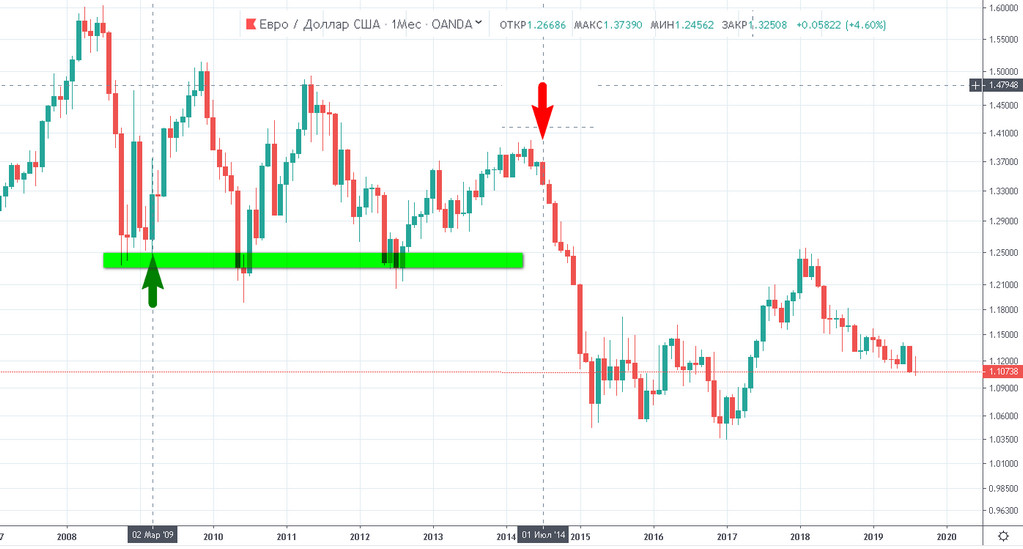 When using the Buffett formula for national stock markets and currencies the trader will have to determine the levels of overbought and oversold in each case. Given the global impact of the dollar and the Euro to other currencies Forex and a very small number of signals, such adaptation does not make sense. 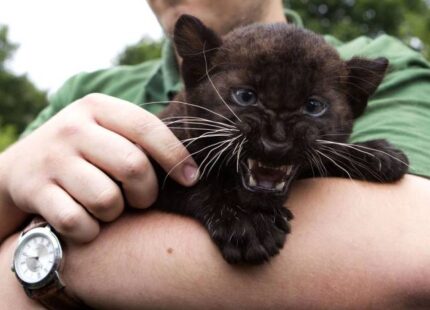 The national currency in the Forex market can be thought of as an indicator of economic development of the country, which meets the Central Bank. The financial regulator has a certain amount of freedom in decision-making and a variety of tools to influence the value of money, the most powerful of these is the interest rate.

This parameter specifies the value of the loans commercial banks issued by the Central Bank, interest rates on corporate and consumer loans, coupon payments on government loans. Loans are investments of the business world directly in businesses or in the securities, and sovereign bonds are the instruments of protection of corporate profits against inflation.

Both factors make interest rates the most important instrument for influencing the exchange rate of the national currency in the Forex market. Taking into account the specifics of trading currency pairs traders keep track of the interest rate differential, i.e. the difference in interest rates of Central Banks. In relation to the instrument – this is the ratio of the value of the loan from the ECB and the fed.

The fed is the pillar of the Forex market 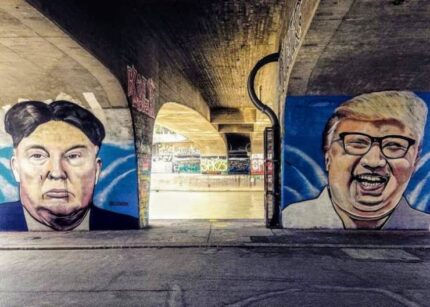 The Federal reserve is the pillar of the Forex market. Every national currency in the world (like many commodities) responds to changes in American rates. This is due to the fact that the dollar is the only measure of all currencies, the Jamaican decision of the conference of the group of Seven, created the principles of functioning of the Forex.

In addition to legislation, the USD is involved in 85% of the settlements under international contracts, more than 20 countries in the world use it instead of the national currency, it is denominated, more than 65% of foreign exchange reserves the world’s Central Banks.

Results 10 of votes during the year 12-the bankers of the Federal Reserve Banks that make up the Commission on open market FOMC determines short-term changes in exchange rates and provide medium-term movement of global investment, and the demand for loans in a particular currency. 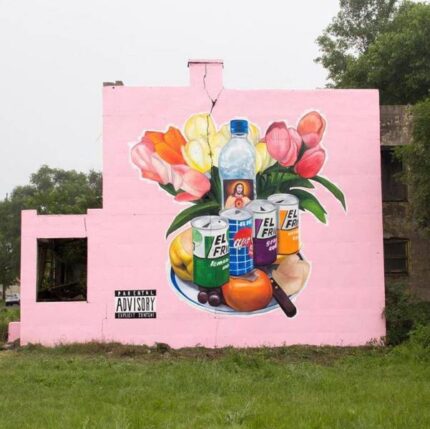 The theory proved the cyclical nature of world economic development due to constancy of the periodic rises and falls of GDP and other indicators in each individual state. They clearly reflected in the chart of the EURUSD rate throughout history (monthly candles).

This phenomenon determines a counter-cyclical policy of the Central Banks, which are obliged to take all measures to reverse the trend, slow down or stimulate economic growth depending on the current phase of the economy.

In fact, the fed and the ECB take a position against the trend that negates the efforts for regulation, traders play the decline or the growth rate, in the future, coming back to trading with the trend, at odds with the efforts of the regulator.

Markets takes place at the coincidence of many negative or positive fundamentals and political reasons. All attempts of the novice trader to build a medium-term strategy only on the principle of “rates up – buy, down – sell” turn into losses.

The same will happen with the tactics of news trading, bidders often with a high probability can predict the amount of the bet prior to the meeting of the Central Bank, leading to early formation of speculative positions. Forecast validation – a reason to lock in profits, and this causes the exchange rate to go in the opposite direction not coinciding with the theory. 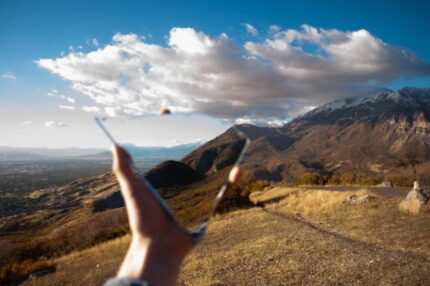 Government bonds (bonds, treasuries, US Bonds, Treasury) is the barometer of the real expectations of big investors and speculators that influence the trends of the us stock indices and the current exchange rate of the dollar.

Bonds vary in maturity, analysts use when forecasting ten-year bonds, “purified” from the influence of current inflation. Graphics treasuries are based on the value of the coupon in annual revenue in a short period, dependent on jumps in the consumer price index.

The graphic below demonstrates the difference in volatility of the two-year yield (red curve) and ten-year bonds (blue).

Likewise take into account the monetary policy of the European Central Bank. Analysts base forecasts on Bundesbank Germany with a maturity of 10 years to predict the rate of EURUSD. 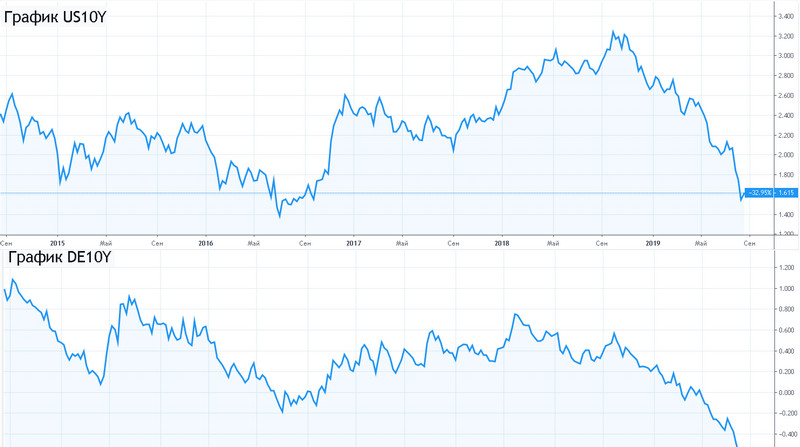 This approach explains why, when rates rise, the fed often increases in the dollar, although in textbooks on fundamental analysis always written back. Investors to invest money in us bonds, as speculators who have surplus capital in the form of a fixed profit in the stock market. Hawkish fed policy signal overheating, predicting the fall of the securities.

A permanent decline in interest rates reduces the spread between treasuries and Bundesbahn, causing capital inflows in European bonds. As noted above, the regulators, the ECB and the fed are acting to prevent the crisis, raising the stakes in advance, but investors with positions in bonds react to changes in policy before allowing you to use the spread as a leading indicator.

To factor timing will help tactics divergences, described in detail in the article on our website. Creating a custom indicator in the program TraidingView automatically subtractive from DE10Y US10Y, a trader can open a position short on EURUSD at maximum rate, made minimal difference in rates, and Vice versa – low rates at takeoff rate will be a signal of a future decline in the currency pair. 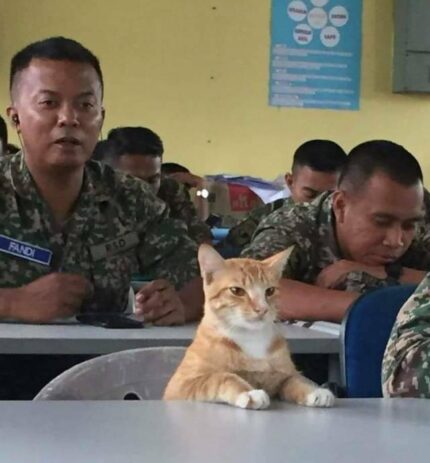 To use the effect of rates on the major currencies, you should gather the following syntax chart:

The resulting system can be used to predict medium-term trends. As a signal of growth of the dollar index USDX accept the discrepancy between the curves at +2% of the minimum values. The convergence of the maximum point of the current Delta by 2% is a signal of a trend change on downside. 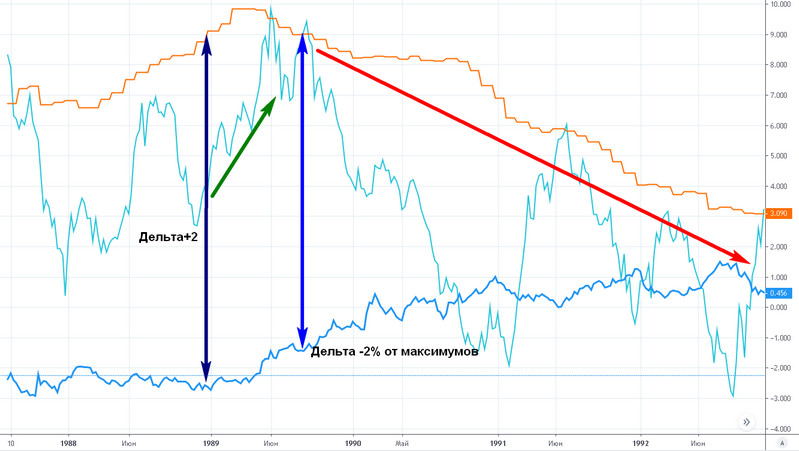 Periods parallel movement of the yield spread of bonds and the fed rate, when fluctuations are within the interval +/- 1%, cause a flat quotes.

The dollar index – non-trading asset, but the forecast of his movements allows you to trade from a basket of major currencies, diversifying trading. 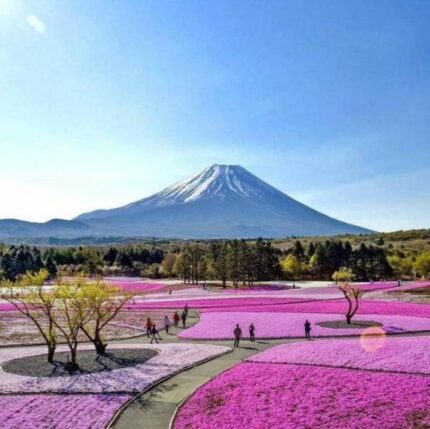 GDP and interest rate are two main option fundamental analysis. The first determines the real and relative dynamics of the economy of the state, causing a backlash in the form of adjustments to the second parameter.

Gross domestic product US dollar affects any Forex currency and goods, which justifies the creation discussed in the article system is only based on us indices.

The application of the scale of the spread of European (German) rates bonds and treasuries allows the arbitration to evaluate the actions of the fed that are not always consistent with the current fundamentals.

It makes sense to combine the two trading systems in one: this will allow the trader to pinpoint the direction of the long-term trend, earning the predictable stability of a strong global levels of support and resistance. Medium-term trends allow us to find points of consolidation and strengthening of the dollar in a lot of traffic.