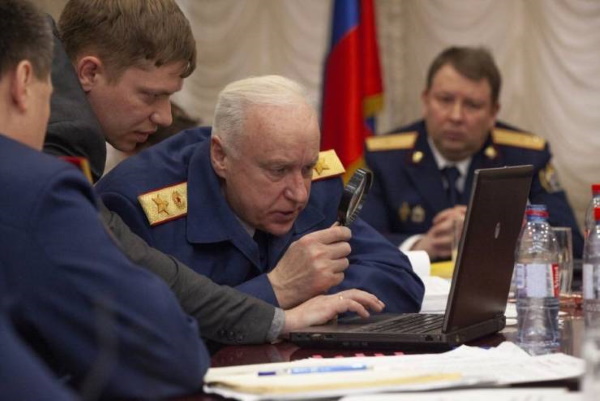 At specialized forums and sites, and in the business press there were many articles about the impending recession. Is it possible to recognize in advance the economic crisis (and which indicators) and how dangerous it is for currency traders Forex? These questions will be answered by our article describing methods and ways of earnings in the period of the “bursting bubble” markets and falling stock markets.

Each of us is known the theme of economic crises that have proved the theory and practice of a cyclical nature. Historical records indicate that 7-10-year periodicity arising from the collapse of the all types of markets.

The risk of economic crises is guaranteed to disable any running to this strategy. The trader who has spent years searching for a trading system and matching the settings of indicators, had to start from scratch due to changes in:

However, changing the kind of reaction the major players in the output of various economic indicators, which creates problems in the fundamental Outlook. 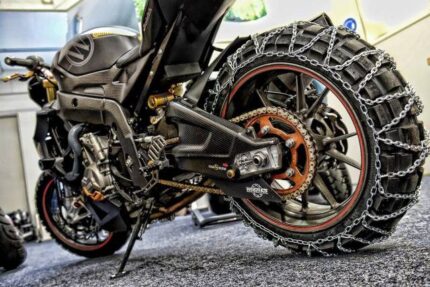 There is a dangerous myth supported by a number of brokers about the stability of the Forex market in the economic crisis. Believing in this postulate traders do not pay attention to the special circumstances when the strategy starts to pour. They, as usual, trying to optimize and find new presets that is useless in the conditions of the anomalous increase of the volatility and the complete instability of the trends in “pulse” mode.

Note the grey areas of the chart, the monthly candle chart EURUSD. Unlike the pre-crisis and post-crisis fluctuations is obvious and is determined visually.

Found in the time of recession trading system leads to three errors that occur in the post-crisis period:

Adjustment under a sudden impulse emissions of quotations in the period of collapse will lead to increased size, take profit and stop loss will be inevitably increased due to jumps in volatility, confounding short foot.

Once the markets calm down, the traders will not be able to reimburse incurred heavy losses. Trading system will not have time to fix the profit due to the large size of TP and reduced the amplitude of trends.

Therefore, the search strategies after draining during the crisis will turn into a “Sisyphean task”. Only one way out – create separate tactics during the onset of the global economic collapse.

How to make money during the economic crisis in the Forex market? 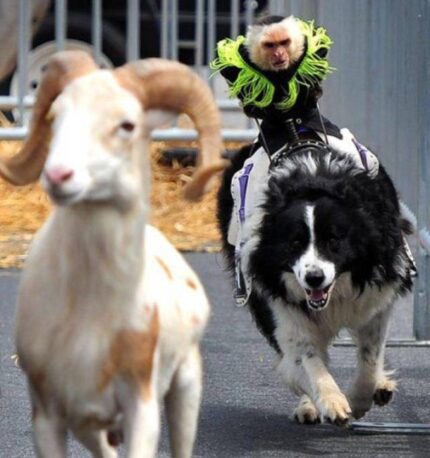 The fall of stock indices has become a symbol of the economic crisis: investors sell stocks and leave the “in cache” to preserve capital, fixing an acceptable level of loss. Money kept in the accounts until the end of the recession, when they could be investing in depreciating securities, starting with purchases after a strong economic recovery.

This free weight of means on accounts of investors can be directed to any protective tool, can become a “safe haven”, which kept the money from inflation or is able to bring even a small income.

Until the end of XX century such asset was considered gold, but in 1998, 2008 and 2014 fall in the value of the precious metal exceeded the decline in the stock indices of developed countries. The reasons for this behavior are described in detail in the article on the website “How to trade in gold.”

The most suitable tool to save money at a time of crisis – bonds that provide protection against inflation due to the coupon interest payments. High demand traditionally enjoyed sovereign bonds of developed countries with stable economies and low risk of default.

In the late 80-ies most reliable “safe haven” Treasury bonds began, the fed, which is reflected in the Forex market the strengthening of the U.S. dollar in times of economic downturn. The surge in demand for debt instruments generated a stable medium-term downtrend on EURUSD.

At this moment the US dollar loses all currencies, but the Euro is the most “technical” tool, with moderate volatility, high liquidity and stable trends. A trader can use simple strategies based on moving averages, selecting only transactions in shorts.

In fact, trade in the crisis is to correct the selection point of one transaction in the very beginning in order to build a pyramid or to work on tactics a positive martingale to the end of the crisis.

The key question remains – how to determine the beginning of the stock market crash? 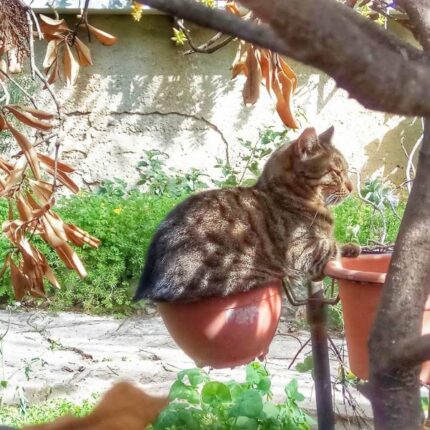 Indicators of market crises is a poorly covered topic because of its relevance every ten years. Traders begin to study it, only losing the deposits; this refers to only a few tens of percent of the speculators from the mass of that positively traded for several years.

It is logical to assume that the fall of the world economy is easily identified by its fundamental indicators, but the panic in the market starts early and when the output data confirming the fall, quotes “test the bottom” and the trend is in a stage of high probability of correction.

After confirmation of the recession the decline in markets may continue, but the point of a possible rebound will cost very expensive because of often triggered or unreasonably high size stops.

There are three methods of determining the market downturn until the moment of its occurrence. Next, we analyze in detail.

1. The method of leading indicators LEI

LEI is a basket of actual performance and market statistics (includes stocks), developed by the nongovernmental organization The Conference Board. There is a legend that this assessment methodology was initially secret and was used by US intelligence to assess the state of the economy of a potential enemy.

Now the method and composition of the indicators are not a secret, learn more about it you can read in the description of the model calculations and The Conference Board. The effect of the timing is achieved by tracking the market response through the analysis of 10 indicators that demonstrate changes in the S&P 500, the number of unemployment benefits, the current inflation, the change in new prosecuto etc.

Indexes are measured in relative units, where zero data are taken 60 years. In the late 90s, analysts said historical feature: two consecutive fall exactly indicate the beginning of the recession.

The end of the crisis with the help of LEI are difficult to predict, for a reliable prediction take five consecutive upgrades, but the beginning of the collapse of the economy they show quite accurately.

Archive indicators distributed for a fee, but current data are published monthly on the website of the Conference Board in the form of a table representing the LEI in nine countries, the Euro area and the global economy as a whole.

Pay attention only on the performance of the US economy: two in the fall will predict a recession, the rest of the kit, including the performance of the world economy, the less accurate the signals can be delayed. Look on the website once a month, after the 25th of the month and you’ll know exactly how accurate current predictions of the crisis from leading economists. 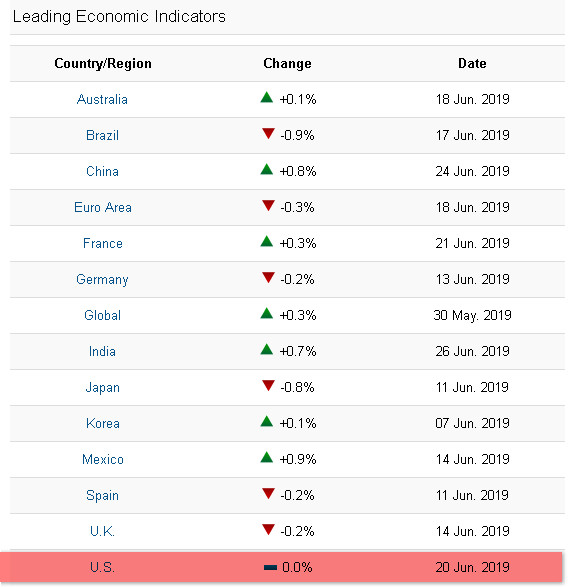 2. The index of fear and greed in Forex market

The volatility of option prices (VIX) is called index of fear and greed. This is a unique contract that gives traders the ability to use “smart stop”. The option premium represents the insurance indemnity, lost by a trader in case of a correct forecast the trend. It also limits the loss in case of incorrect prediction, the rest of the losses are reimbursed after expiration.

The award can be estimated using a complex “multi – storey” black-Scholes formula, which takes into account the rate of change of prices and demand for options.

During takeoff securities the cost of insurance falls, the greed of the speculators to save on the hedging of stock and ultimately leads to a “market bubble” that “burst” with the collapse of stock markets. As they reduce the fear of investors is increasing along with the cost of insurance, which leads to reversal and formation of the bottom, purchase become more confident, as observed all the rules of hedge positions.

VIX is the most important parameter is published on the first page of the website the Chicago Board options exchange CBOE. Also, this graph can be obtained in the service TraidingView. Work levels: 10 – this is a crisis, 40 – the end of the crisis.

The graph shows that the curve of the VIX gives more entry points into a short EURUSD than LEI, but it is a mistake with the end of the recession. However, each trader can to find a way to apply filters and come up with the tactics of using the indicator.

3. Divergence of bond yields, the fed

The strengthening of the U.S. dollar against almost all world currencies in the recession period was already proved in the beginning of the article the increasing demand for bonds by the fed. The U.S. Treasury issues debt securities with multiple maturity dates, which helps to determine the approach of the crisis, analyzing the yield of 2-year and 10-year bonds.

Abnormal investor interest in the debt securities leads to an increase in bond yield the “nearby” timeline. Analysts define the approach of recession, when the figure begins to exceed the interest on 10-year bonds.

Federal Reserve Bank of St. Louis publishes on the website fresh and historical data on the spread between the bond and to display the periods of economic crises of the past years. As the graph shows, after the divergence of 2% should be another collapse of the markets and the growth rate of the U.S. dollar. However, as in previous cases, the recovery from the recession is projected to be weak this indicator. 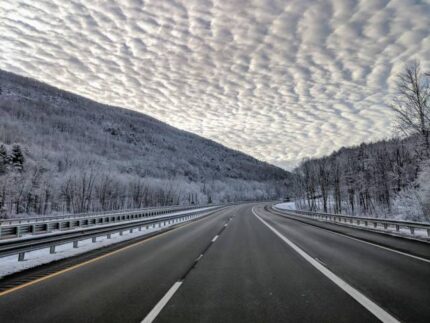 Describes the indicators of economic crisis belong to the class of non-trading indicators. They can be used to produce specific signals to enter positions, is alert, warning, or explaining why the strategy is working for many years, is starting to drain.

The hypothesis of a separate trading system for crisis has the right to life, as too obvious changes in the market occurring at the moment of the collapse of the courses of financial instruments. It makes sense not to try to go against “the crowd on Panicale”, and try to capitalize on this by trading in one direction only.