Hello. Below view on a few interesting points to trade in the Forex market 3.03.2020

On the pair EURAUD stopped a little before reaching resistance level 1,7264 and formed a pattern Doji. Will probably start a downward correction after prolonged growth. Purchase will look for in the area 1,6595, with the expectation of continued growth and development of the up trend.

On GBPJPY pair formed a pattern Doji located at the support level 137,90. Waiting for the correction to the area 141,14 and the signals of Price Action, going to try sales with the development of the down trend.

Asian markets rose, despite a strong negative Chinese statistics. Restrictive measures on prevention of coronavirus, led to the fall of China PMI by 10 points to a level of 40.3, with preliminary estimates 45 PP.

Investors were encouraged by an emergency statement of Haruhiko Kuroda and the insider from Goldman Sash. The Bank of Japan assured the markets the willingness of the financial institution of the country, to provide liquidity and to take any immediate action. Reuters published a note economists at Goldman Sash with a forecast of an interest rate cut by the fed before the meeting that will be held in two weeks.

This morning the Reserve Bank of Australia will issue the interest rate decision and hold a press conference. Up to this point the published statistics:

U.S. indices “shot” is 4-5%, investors are actively playing it inside about a sharp drop in the fed rate that will happen before the FOMC meeting, scheduled for March 17-18. The estimated threshold value of 0.5%. Speculators in the Euro began to win back this info a week ago. The dollar is losing almost all major currencies except the pound.

The second half of the day will pass without the release of important economic indicators. 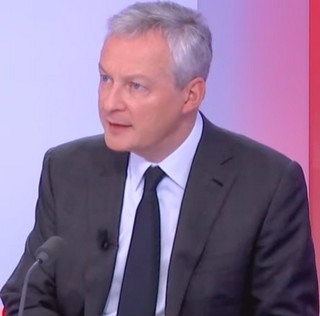 The Minister of economy of France Bruno Le Mer and the Bank of England, the joint efforts were able to convince investors to stop selling shares. French financier has disclosed an emergency, unplanned meeting of the state financiers of the G7 countries in the participation of the IMF and the BIS. They should develop a global plan to support the global economy.

The Bank of England on Monday promised local investors support measures before the meeting, to be held in may this year.

An outsider trading in Germany, the situation with the influx of refugees from Turkey is interpreted as a political defeat of Angela Merkel, have entered into an agreement with Erdogan to curb the flow of migration. For the maintenance of refugees in Turkish camps, the EU spent about EUR 5 billion.

In the first half of the day will be released statistics: