Hello. Below are a few recommendations for trading in the Forex market on 4.11.2019 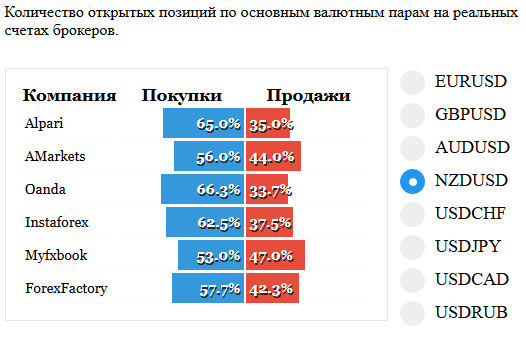 On a pair NZDUSD formed a pattern Pin-bar in the resistance 0,6439. It seems that the energy to go level is not enough, and probably will resume falling in the district 0,6500. In the statistics of trades the advantage of buyers and it will not give now to continue the growth trend. Sales here do not consider, as they are against the trend.

Asian markets on Friday faced a wave of positive news from China, where the PMI rose above forecasts and there are signs of the imminent signing of a trade agreement. Investors turned their attention to the statement of the Chinese foreign Ministry, about the willingness of the parties to agree on the part of the trade agreement.

The Nikkei is the only index that closed the week in negative territory. The reason is the increase in unemployment, above forecasts.

Now it is trading without investors from Japan, where markets are closed in connection with the Day of the Athlete. In the morning came the retail sales of Australia, the only news the Asian session.

Employment growth and news associated with China, allowed to block the negativity of the fall in business activity in the manufacturing sector and rising unemployment. On Friday, Donald trump hinted at the imminent signing of a trade agreement with China during a possible visit by XI Jinping, however, refused to disclose any details. 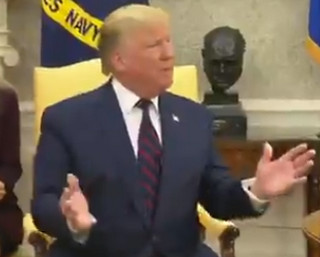 Shopping White House spokesman Robert Leitheiser was more specific in terms of informing about the possibility of signing a trade agreement within two weeks. During this time it will be ratified by the first part of the new trade agreements in three parts.

The evening will be released statistics on the volume of prosecuto USA at 18: 00. We remind you that North America and Canada switched to “winter time”.

European markets rose during the Asian news and statistics – growth of business activity in Switzerland and the UK. Investors returned to risk appetite after the departure of the British Parliament for re-election, which guarantees “the lull” in Brakcet until December 19.

Forex Analytics
Hello. Patterns on the market are not many, the price goes recoilless. Let’s see

Forex Analytics
Hello. Below are a few recommendations for trading in the Forex market on 27.03.2020

Forex Analytics
Hello. Below are a few recommendations for trading in the Forex market on 26.03.2020

Forex Analytics
Hello. Below are a few recommendations for trading in the Forex market on 25.03.2020

Forex Analytics
Hello. Below are a few recommendations for trading in the Forex market on 24.03.2020

Forex Analytics
Hello. Below are a few recommendations for trading in the Forex market on 23.03.2020
Leave a Reply Cancel reply