Hello. Below are a few recommendations for trading in the Forex market on 23.06.2017

On a pair USDCAD formed a pattern of Absorption. Likely correction were done here and will try to continue the trend down. But the pattern of sales do not see here, because to pass the level of 1.3200 levels the move did not work and can again bounce.

On the pair EURNZD same pattern of Absorption based on the level 1,54500 and trend line. To expect continuation of falling and then consider selling. 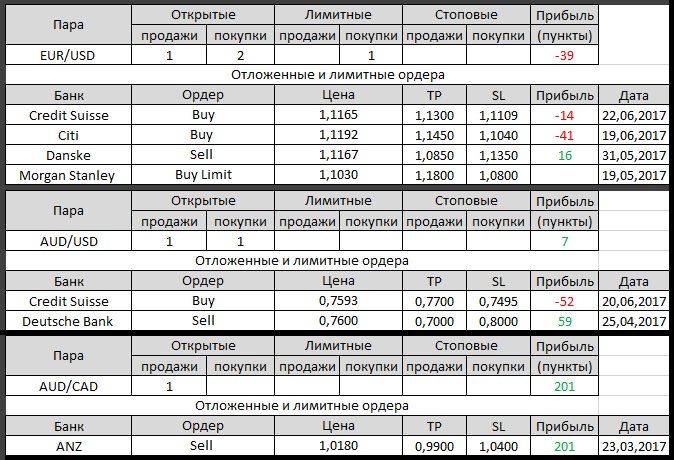 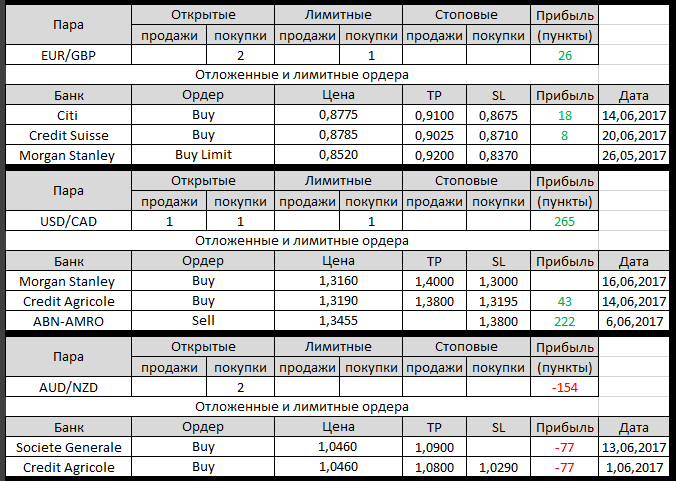 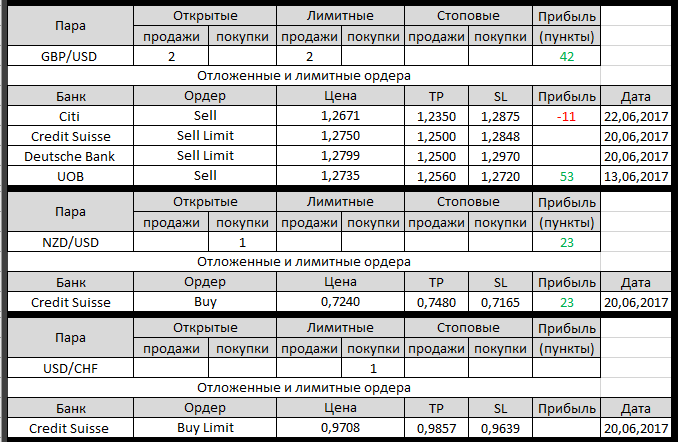 Asian stocks traded mixed today, but closed the week with gains, while oil prices rebounded from 10-month lows reached earlier this week. The US dollar is still holding above the Japanese yen in weekly terms, pointing to the stability of the appetite for market risks.

The widest regional MSCI index, excluding Japanese funds, almost unchanged today, but added 0.4% this week. At the same time, the Japanese Nikkei rose 0.1% and 1% for the week, reaching the highest level since August, 2015. On wall street have had mixed trading, where the index of health care companies in the lead with a weekly gain of 1%.

The U.S. dollar index fell 0.1 percent today to 97.488, but added 0.3 percent this week and 0.4 percent against the JPY in particular. Latest comments by fed officials supported a long term bullish trend for the us currency, and in addition, some of the leading investment strategists in Japan, such as ed Rogers, confirmed the forecasts about the prospects of stabilization of economic growth in the United States with his hand on the eve of Thursday.

The European markets also cheered, for the most part amid positive economic data and solid prospects for transactions on the corporate front. At the same time, forecasts for oil prices in 2018 leading analysts declined, where Barclays has revised the estimates from $67 to $57 per barrel.

Free Forex Analytics and signals
Hello. Below are a few recommendations for trading in the Forex market on 5.06.2020

Free Forex Analytics and signals
Hello. Below are a few recommendations for trading in the Forex market on 4.06.2020

Free Forex Analytics and signals
Hello. Below are a few recommendations for trading in the Forex market on 3.06.2020

Free Forex Analytics and signals
Hello. Below are a few recommendations for trading in the Forex market on 2.06.2020

Free Forex Analytics and signals
Hello. Below are a few recommendations when trading in the Forex market at the

Free Forex Analytics and signals
Hello. In General today the market is unchanged and the past ideas the trade
Leave a Reply Cancel reply