Hello. Below are a few recommendations for trading in the Forex market on 11.08.2017

15:30 USA. The base consumer price index

On the AUDNZD pair rebounded from the level of 1,07000 and the trendline forming a pattern of Absorption. Probably worth waiting for the continuation of the trend up. Consider here the purchase order at 1.1000 and above. 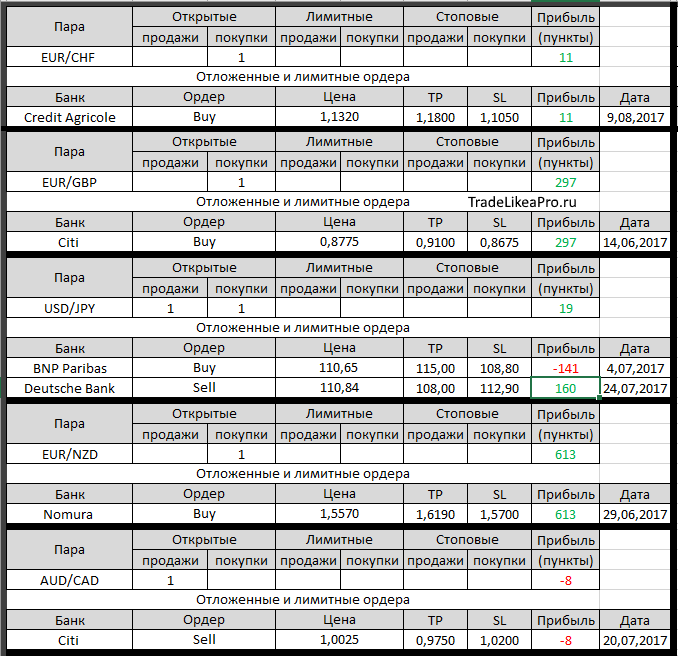 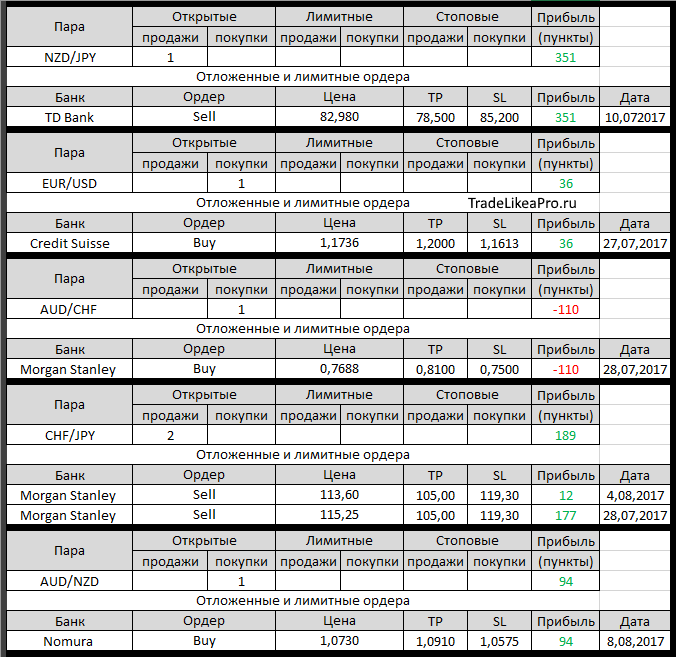 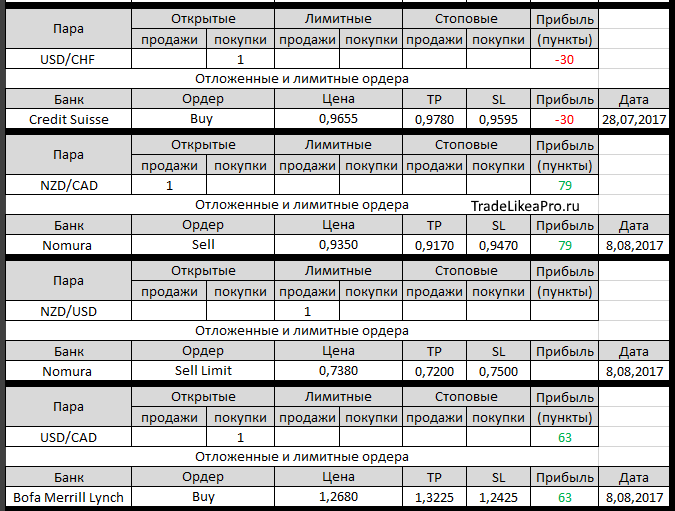 The decline in Asian stock markets widened today, after he added a new batch of bellicose rhetoric by North Korea and warned Pyongyang about the possible consequences of the conflict, which may occur after the DPRK will carry out the planned missile launch over Japan landing in the Pacific ocean.

The widest index of MSCI stock of ATR decreased by 1.55%, showing the biggest one-day loss since mid-December 2016, however, the index has added 2.5 percent this week. Japanese markets are closed for a holiday. South Korea’s Kospi lost 0.45% and dropped below the 200-day moving average for the first time in a month. Australian stocks fell 1.3% losing 0.6% for the week. Chinese blue chips fell 1.6%, while the Hang Seng in Hong Kong closed with a decline of 1.9%.

The USD extended losses against the JPY, reaching a two-month low. It fell 0.2 percent to 108.92, after losing 0.7 percent earlier on Thursday. JPY currency is considered a safe haven as Japan is the largest creditor in the world and many investors typically repatriate funds during crises. At the same time, Chinese state newspaper said that if North Korea will make an attack on the United States, China will remain neutral, but if the US attack in the first place and try to overthrow the government of North Korea, China will stop them.

European stock markets closed near session lows as investors hedged risks from the risk of unforeseen events in the Pacific ocean after provocation between DPRK and the United States resumed. Economic agenda, meanwhile, is also bearish due to weak manufacturing reports from France.

The EUR is trading in the defensive position against all major competitors, losing 0.1% against the USD to 1.1757. CHF meanwhile, traded higher most major currencies, with gains of 0.03% against the EUR. Geopolitical agenda, as already mentioned, exacerbated by the decline in industrial production of France, where a decline of 1.1 percent for the previous month exceeded forecasts for a 0.5% decline.