Hello. Below view on a few interesting points to trade in the Forex market on 4.08.2017

On a pair NZDUSD formed a Doji pattern below the level of 0,74500. Probably will continue to fall correctives to 0,73500 or will break the trend on the downside. sales so far do not see here, the trend is still up.

On GBPJPY pair formed a pattern of Absorption in the area 145,58. It seems that continue to fall in the area of trend line or below to 139.000. I think you can look here to sales.

Gold price formed a pattern Pin bar after Bouncing off the level 1258,00. Probably will continue the growth to 1295,00 the trend. Consider purchase here. 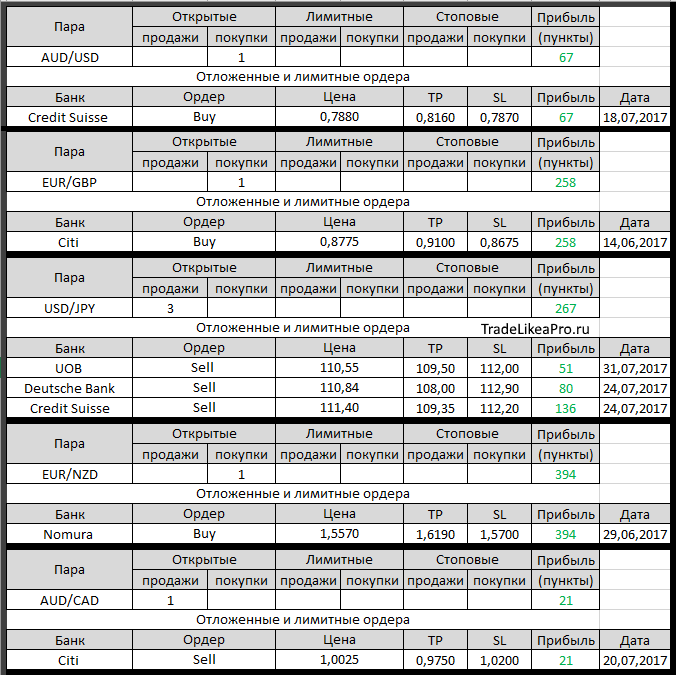 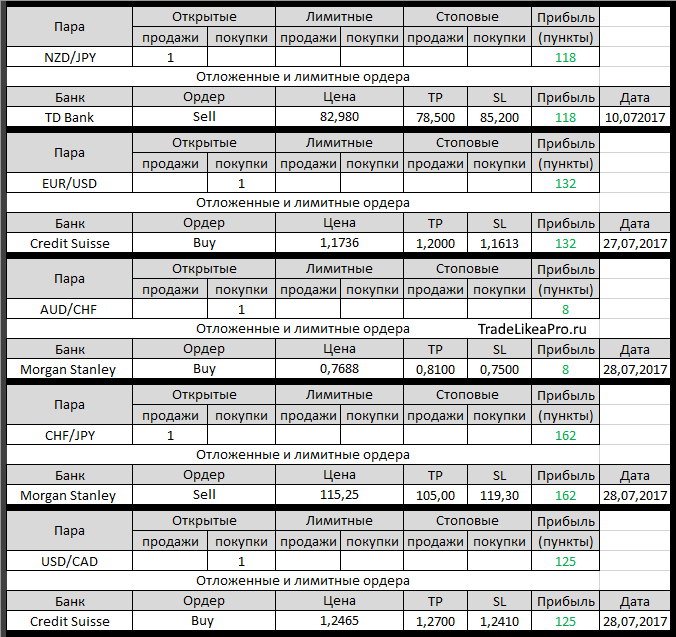 Regional markets rose, despite the pullback in the technology sector on wall street, while the growth was driven by the prospects of a bullish read on employment in the United States, which will take place later today. In addition, the energy company received a strong impetus with the decline of commercial stocks of oil in the United States this week.

The widest index of MSCI’s Asia-Pacific grew by 0.2% and added 0.4% this week, reaching 24% growth in the current year. Japan’s Nikkei fell by 0.3% due to a stronger JPY, and it seems, completes this week with only relatively small gains. CSI 300 in China offset the early losses and gained 0.1 percent today. The Nasdaq and S&P 500 in new York rose 0.2 and 0.35%, respectively.

In currency markets, the USD weakened against the EUR by 0.1%, trading around 1.1880, dropping to its lowest level since January 2015 earlier on Wednesday. The U.S. dollar index traded near 15-month lows this week, losing 0.5% and 0.1% today, and down to 92.777. Against the JPY the U.S. currency a little stronger, but was not able to compensate for the most part, 0.6% of the total losses from Thursday.

European markets closed near intraday best levels after the Bank of England left interest rates unchanged. Among the problems of the Bank undervalued the General economic projections for GDP and low inflation, which is compounded by the current realities of the early brakcet initiatives.

EUR added 0.1% against the USD. At the same time GBP has reached nine-month lows against the EUR after the Bank of England kept interest rates at a record low 0.25%. In light of the low GDP growth forecasts of Britain for this year, it should be assumed that rates may go to zero or even negative values in the long term.