Hello. Below are a few recommendations for trading in the Forex market on 19.09.2017

On GBPUSD formed inside bar pattern after breakout of the level of 1,34500. Likely downward movement in the correction after a good growth. And continue an upwards trend in the coming days. Consider here the purchase order 1,3900.

On pair EURGBP formed a pattern of Internal bar rebounding from the level 0,8800. Should probably wait for a correction after a long fall. Buy here do not consider, as they are against the trend.

On GBPJPY passed the resistance 147,76 and formed a pattern Doji. Possible beginning of the correction back to the broken level. Then continue the growth further. 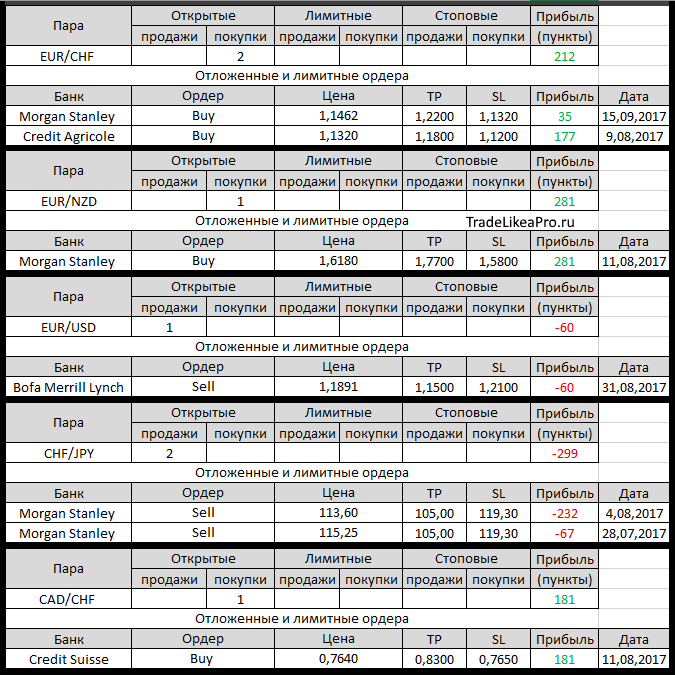 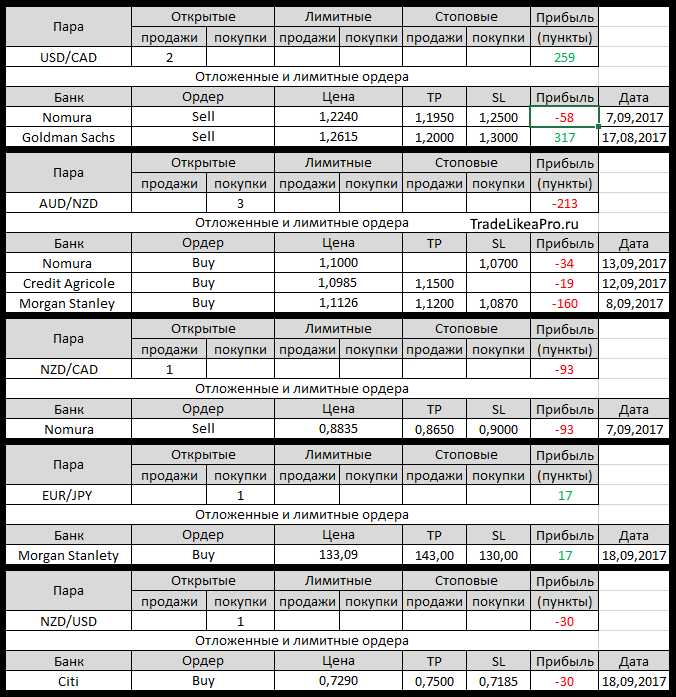 Asian stocks fell due to escalating uncertainty about the agenda of the US Federal reserve, who will gather to discuss the actual possibility of tightening monetary policy this year, while on wall street the major indexes once again exceeded the record highs. Despite the fact that the growth of the Asian funds is usually coordinated with the American success, this time played a role, and concerns about overbought stocks.

The widest in the Asia-Pacific MSCI-index fell by 0.2%, after fluctuating between losses and profits in early trading. At the same time on wall street on the eve of the S&P 500 showed a fresh quarterly record, while the Dow Jones closed at a record high level now on the outcome of the fifth session in a row. The Japanese Nikkei added 2% to close at its highest level since June.

The U.S. dollar index, a measure of the value of the American currency against six major rivals, rose 0.1% to 91.928, while USD gained 0.2% against the JPY to 111.81, reaching the highest level since the end of July. It is expected that the rhetoric of the officials of the fed this week will be bullish as they will be talking about the need to raise the rates, but it is still not fully manifested, the economic prospects of tightening for the current year. And if this point will be omitted or overridden in 2018, investors can easily take this as a bearish medium-term setup for the USD.

European stocks rose as investors weighed the prospects of a downward trend for the EUR after the U.S. Federal reserve and the Bank of Japan returned interest in their currencies this week. Accordingly, the reduction of trade currency will lead to a weakening of price pressures on the funds, which will lead to their growth.

EUR in the currency markets declined 0.13% against USD to 1.1930 and was preparing to extend downtrend in the case that comments of the Central bankers of the US and Japan will be aggressive enough to make investors believe in the growth prospects of their currencies and key economic indicators.

At the same time, the cryptocurrency markets continued to recover on Monday, adding a total of $15 billion and intending to overcome the threshold of $130 billion in the near future. The price of BTC has committed 8% jump up to $3,800, while the value of ETH was increased by more than 15%. In the end 97 of the top 100 cryptocurrencies have experienced positive movement throughout the day.