On the pair USDCHF formed a Pin-bar in the area previously broken trend line and the level 0,9600. Perhaps This is a signal to end the correction and resume the growth dolomya the trend is up. Consider purchase here.

On a pair NZDUSD formed the Inner bar in the district rallies around 0.7300. Support good pattern there, but may start a correction to 0,74500 and broken trend line. Eyeing on this pair for sales with the expectation of a trend reversal.

On the pair USDJPY has formed a Pin bar at the level of 109,000. The price went beyond the boundaries of the triangle, and perhaps after a small correction will continue falling down trend.

On EURGBP the pair has reached the level 0,9100 and formed a pattern Doji. Will probably start a downward correction, after which try to break the level 0,91000 and continue up trend.Sales here do not consider, as they are against the trend. 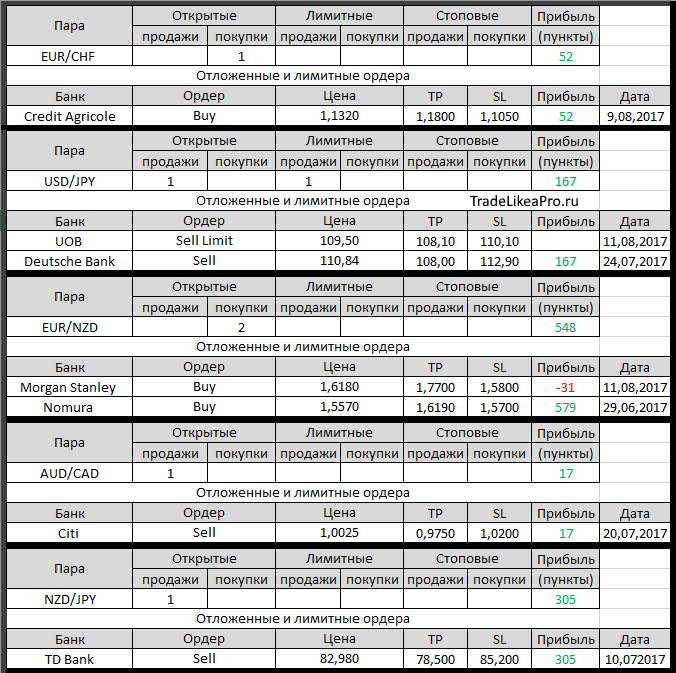 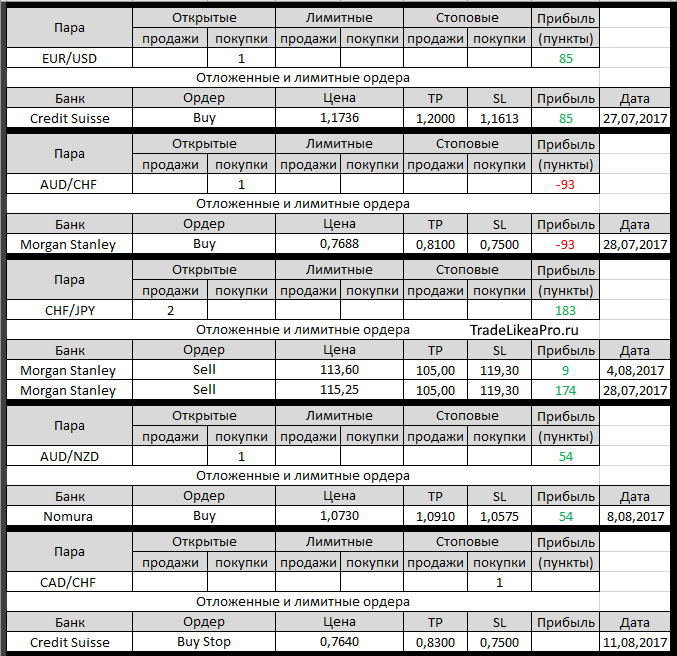 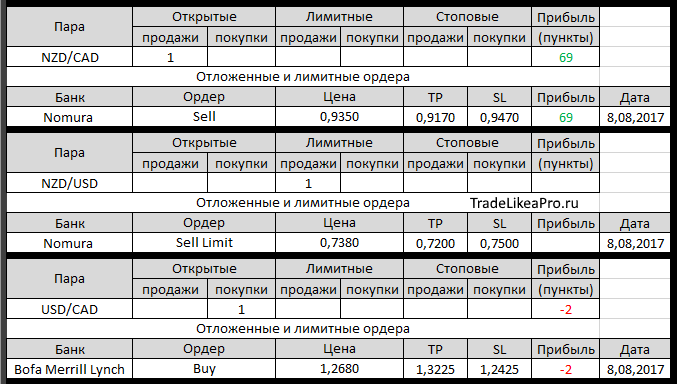 Asian stocks rose today, ending losing sessions, and on a background of solid results close on wall street, while the growth of trade USD remains confined to the tensions on the Korean Peninsula and doubt that the fed will raise rates again this year.

Asian markets generally remained indifferent to the slew of economic data from China, which were weaker than expected. The widest index of MSCI’s Asia-Pacific region rose 0.8%, while Hong Kong’s Hang Seng added 0.9% and the Shanghai Composite rose 0.7%. Australian shares rose 0.75% and the Kospi index in South Korea has grown by 0.6%. Japan’s Nikkei lost 1% due to strong JPY.

In currency markets the U.S. dollar index against six major currencies rose 0.1% to 93.145, after losing 0.4% earlier on Friday. The JPY showed little reaction to GDP data for the second quarter, a decrease of 0.4% against the USD to 109.585, but is above most other major currencies. It is expected that geopolitical risks will remain on the agenda of the global markets in the near future, because North Korea tomorrow will celebrate liberation Day, marking the end of Japanese rule on the Peninsula.

Markets in Europe closed near session lows earlier, with the exception of German equities, as global investors assess the geopolitical risks associated with North Korea, the U.S. and China, are showing increased interest in hedging using safe assets.

EUR only marginally strengthened against the USD, adding about 0.05%, but strengthened against all other major currencies. EUR continues to strengthen long-term growth prospects trading course on the background of the current agenda of the ECB, pointing to the prospects for reductions in monetary stimulus for the economy. However today, as already mentioned, geopolitical agenda, which substantially limits the demand for the single currency too.