Hello. Below are a few recommendations for trading in the Forex market on 17.07.2018

On pair AUDNZD failed to update the highs and formed the inside bar on the level of 1.0960. Likely to develop the trend is up while not give and should expect lower prices. I think you can look at here to the sales order 1,07800.

Gold stopped at the support level 1236,00 and formed a pattern Doji. It seems that the strength to go below is not enough and you can go to the correction to the area 1270,70 and trend line. Buy here do not consider, as they are against the trend. 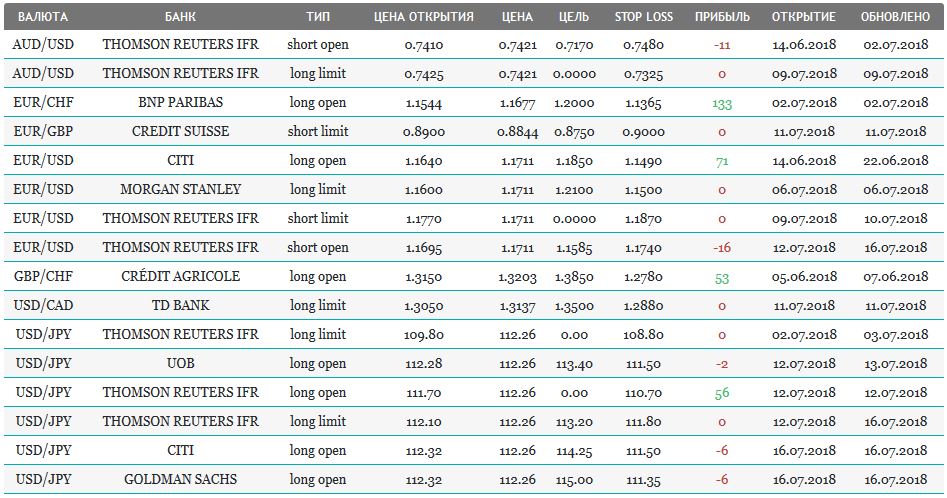 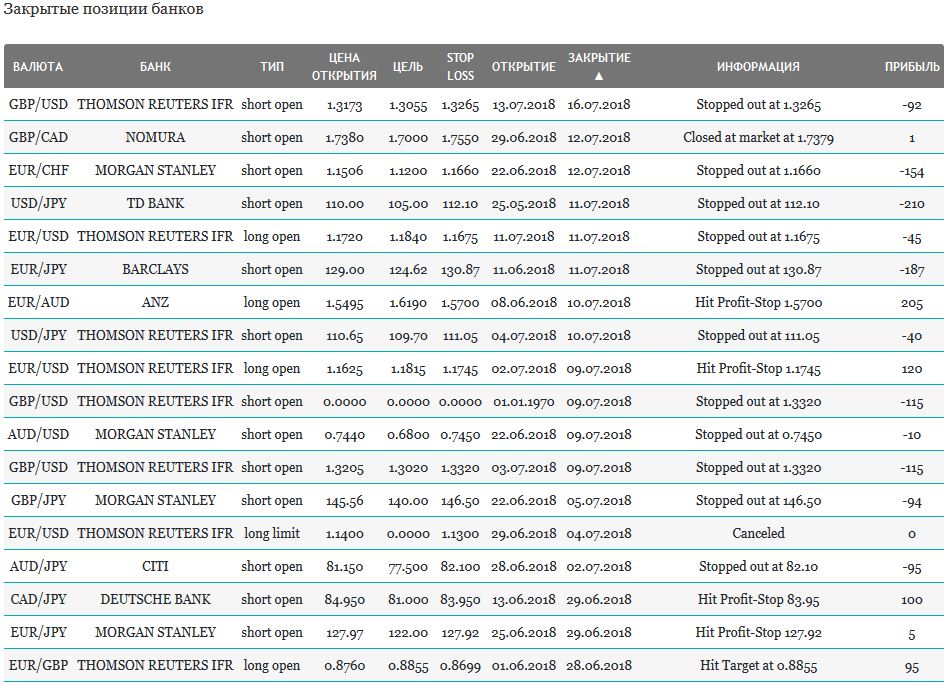 Japan’s stock market rising in the morning, investors chose to purchase after the long weekend in connection with the celebration of the “Day of the Sea”, the Chinese players prefer sale. Yesterday the stock exchanges of China were in the red on the data of the country’s GDP showed slower growth in June to 6.7%, while may ended with a score of 6.8 percent. Plummeted dynamics of the June industrial production of 6.0% at the forecast of 6.5%.

The U.S. investors are unable to clearly assess the results of the meeting between Donald trump and the President of Russia Vladimir Putin, and block statistics, which coincided with forecasts of analysts: the June retail sales rose 0.5%. 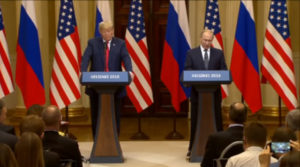 Forex traders has negatively responded to statistics that showed a double dip dynamics of retail sales as in may, their volume increased by 1.3%. The mood was reflected in the dollar index, which fell against a basket of major currencies.

Stock indexes of the Eurozone, except Germany’s DAX finished the day in the “red zone” on the publication of statistics on the surplus of the Union, which was worse than forecasts of 16.5 billion euros, versus 20.9 billion expected These data refer to may, indicating that Europe has problems even before the “trade war” that will inevitably lead to deterioration.

Sales investors “fueled” statistics from China, which loses the dynamics of GDP. The trend will continue if the White House will enter a list of increased duties on $200 billion of exports from China.

The Forex traders prefer to buy the Euro against the dollar, the lack of economic indicators (the balance) in the Euro area and the negative dynamics of the US retail sales, which may delay the fed rate hike.