Hello. Let’s see what interesting to trade in the Forex market in the beginning the new trading week 16.10.2017

On USDCHF not let the price below 0,97000 and formed a pattern Pin-bar. Probably correction down is over and try to continue the growth trend. Buy here do not consider, as the next resistance level 0,98000. I will buy after his breakdown.

On a pair NZDUSD has rebounded from the level 0.7200. Price Action patterns here yet. But you can start to look at the sales. With the expectation of a continuation of the down trend. 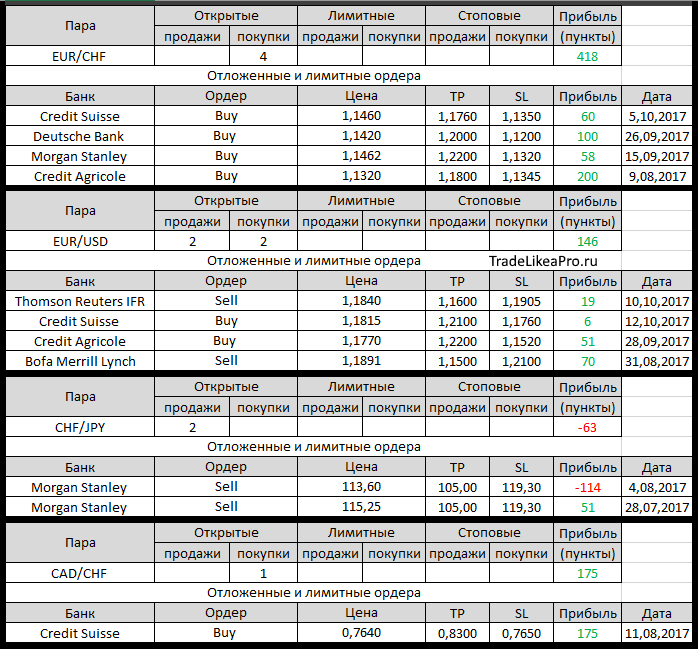 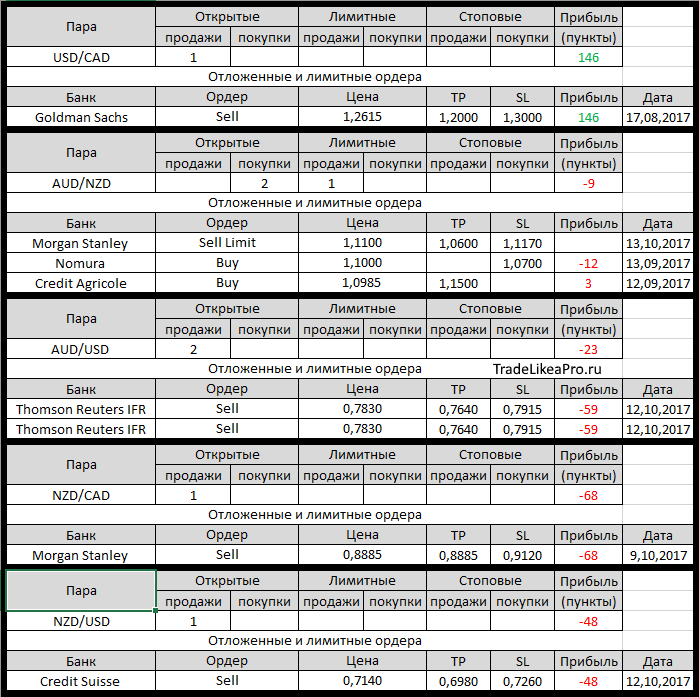 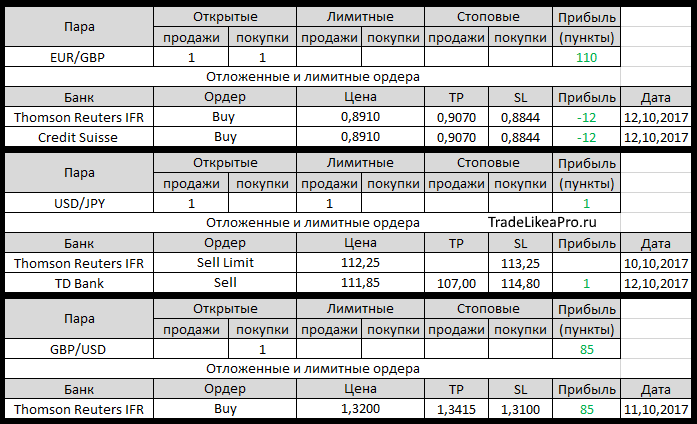 We have a new Bank Thomson Reuters IFR. The transaction is added to the table only today, despite the fact that the dates of the transactions earlier.

Asian stocks continue to trade near ten-year highs, while futures for WTI crude oil reached a six-month peaks, due to the fact that the escalation of tensions between the Iraqi government and Kurdish forces have provoked concerns about reduced supplies from the region. At midnight on Monday, Iraqi forces moved to the oil fields, protected by Kurdish Peshmerga fighters near the oil-rich city of Kirkuk.

Crude oil in the U.S. added 0.9 percent to $51.92 per barrel, and is trading near April highs of $52.85, while Brent oil rose 1.2% to $57.88 per barrel. The widest index of MSCI stock Asia-Pacific region, meanwhile, reached its highest level since 2007. Nikkei has reached the levels not seen since November 1996, while Australian stocks rose 0.6 percent, while the Shanghai Composite in China added 0.1%.

The dollar index, which measures the value of the American currency against six major rivals, rose to 93.207, but depreciated by 0.1% against the Japanese yen to 111.7520. Implied probability of rate hike in December, undermined by weak data on inflation, however, economists and investors still have about 82% chance. This week we expect a lot of economic data from China during the third quarter, which in the widest extent, will predetermine the agenda as investment in the equity markets and currency markets, respectively.

European stock indexes finished last week on a positive note, despite the geopolitical ligaments associated with the intention of Catalonia to gain independence from Spain. This week, however, the discussion between the governments of Barcelona and Madrid can be renewed with new energy and one way or another will affect the financial markets.

The Euro fell 0.2% to $ 1.1799 USA and is ready to extend the downtrend after the Austrian conservative leader won the parliamentary elections at the weekend. In addition, German Chancellor Merkel forced is preparing for tricky coalition talks after her party suffered defeat at the hands of the social Democrats in Lower Saxony on Sunday. In Catalonia has also resumed the process of the independence movement, which also affected the growth prospects of the single currency.