Hello. Below are a few recommendations for trading in the Forex market on 24.01.2019

On USDCHF stopped moving up, a little before reaching level 1,000. After the breakout of the trendline is a possible correction down to the targets 0.9900, and will attempt to break down the trend is up. But the level of 1,000 fairly strong and probably will resume falling back to 0.9800 levels. The transaction is not considered here, look over the situation.

On EURCHF pair stopped at the resistance 1.1340 for and formed a pattern Doji. It seems that forces to pass the level is not enough. And expect another fall in the district 1,2222, continuing the sideways trend. Look here to sales.

Trading environment in Asian markets were mixed in the scenario. Chinese investors resumed buying shares after the denial by the US presidential Advisor on the Economics of information waiver of trade negotiations. According to Larry Kudlow, Donald trump holds a tough stance, but the second round of meetings will take place before the end of this month in Washington.

The Nikkei and the S&P/ASX 200 was an outsider. The mood of Japanese investors “spoiled” by the results of the meeting of the Central Bank, which left rates unchanged and a reminder of the high external debt of the country. Trading participants of the Australian stock exchange sold shares amid falling oil prices.

This morning the main news belong to Australia – the published employment and unemployment among the working population.

Rebuttal by the White House the collapse of the negotiation process with China as well as strong reports from IBM, Procter & Gamble, Kimberly-Clark has enabled us indices to finish the session in plus.

Today investors are waiting for an active session because of the release of the statistics:

The pound nastorage English investors, which resulted in the sale of shares on the London stock exchange, the situation was exacerbated by the disastrous exit of the report of Metro Bank, paper which fell by 39%. This is reflected in other European sites where issues added reports automakers and manufacturer of payment terminals Ingenico. 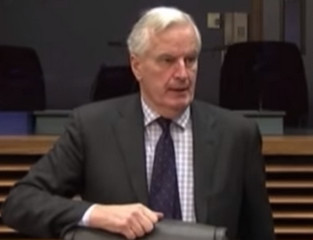 The only positive news was the statement by the negotiator of the EU for Pexit Michel Barnier on the current agreement on the extension of a British exit from the EU, in the presence of a specific plan of the English Cabinet.

The main event will be the ECB meeting, but the investors expect a large block of European statistics: