Hello. Below are a few recommendations for trading in the Forex market on 18.01.2018

On GBPUSD reached the level 1,3900. The price rebounded significantly and is likely to start a downward correction. The pattern here is not yet formed, but you can see sales within days. The correction will likely be long, so look at the sales, although they are against the trend.

On a pair USDCAD large pattern Doji. The price is moving sideways and is clearly beyond the boundaries it is not allowed. Waiting the development of events, but tend to continue to trend down.

On the pair EURNZD has formed a pattern of Absorption based on the level 1,68000 and trend line. Probably worth waiting for the continuation of the fall trend. Consider there sales. 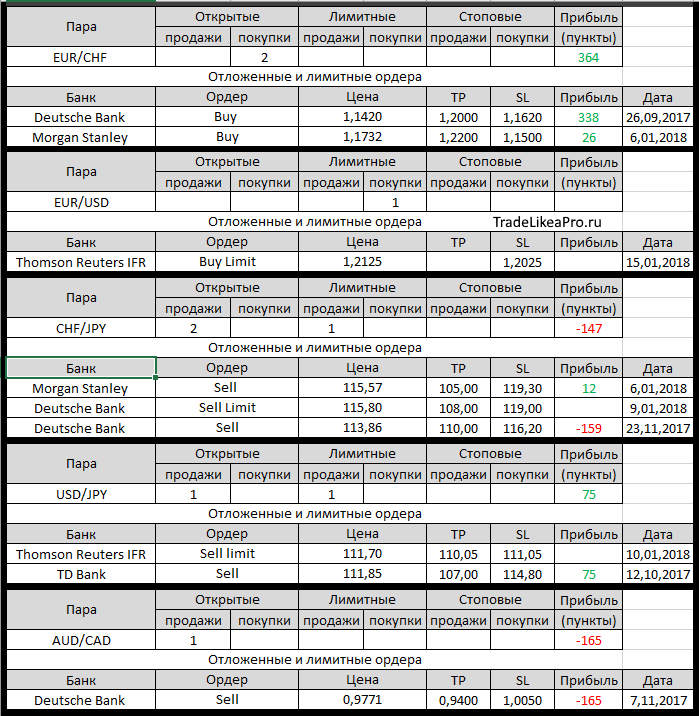 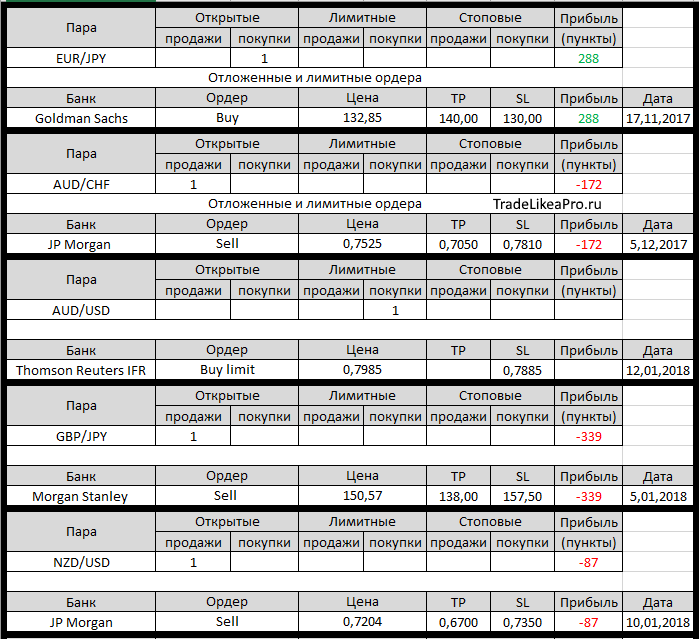 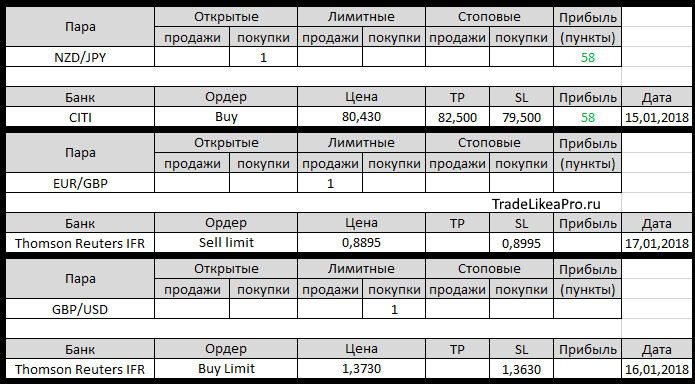 Asian stocks hit record highs on Thursday, as wall street has supported investors ‘ appetite despite the fact that the dollar stepped back from three-year lows. USD rebounded after comments from the ECB have limited the potential for further growth of the single currency in the framework of its multi-day rally.

Consolidated MSCI stock Asia-Pacific outside of Japan only increased slightly since then, as added 0.4% a day earlier, reaching a record peak. South Korean Cospi closed in the flat. The Japanese Nikkei reached its highest level since the end of 1991, adding 0.4% and Shanghai Composite also rose 0.4%.

The U.S. dollar index against major currencies rose by 0.25% — above 90.765, after it retreated from a three-year low 90.279 installed earlier this week. USD is trading just below 111.180 JPY, after early growth at 0.75%, where it bounced off four-month low 110.190. Events associated with North Korea, represent a strong potential risks, but at the moment in the markets is not enough factors that can prevent the growth shares. Short-term focus of the markets falls on the gross domestic product of China, which will publish later today. Analysts expect 6.7% growth in the fourth quarter compared to the previous year.

European shares traded mixed as inflation remains low, and the criticism of the exchange rate from the ECB — restricted growth prospects, EUR. 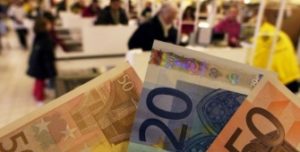 Price growth in the Eurozone slowed to 1.4% in December. ECB officials are outraged by the currency strength

The EUR is trading at 1.2204 USD, retreating from a three-year high at 1.2300 after some ECB officials have expressed concern about the currency strength. This month, the common currency has managed to stay ahead of expectations that the Central Bank will take steps for the abolition of incentive measures for the purpose of normalization of monetary policy.