Hello. below are a few recommendations for trading in the Forex market on 2.08.2017

EURUSD formed a pattern of Internal bar. Reference pattern is not, and likely move down in a small correction, after which continue the growth trend. Sale on this couple do not consider, as they are against the trend.

On GBPUSD stopped in the area of 1.3200 and formed a pattern Doji. May start a correction in the district 1,31000 and trend line. Then I want to see the continuation of the trend up.

On USDJPY price is moving in a big triangle and formed a pattern Doji on its border. Likely will resume growth continuing this sideways movement. then consider buying with the objectives of 114.00. 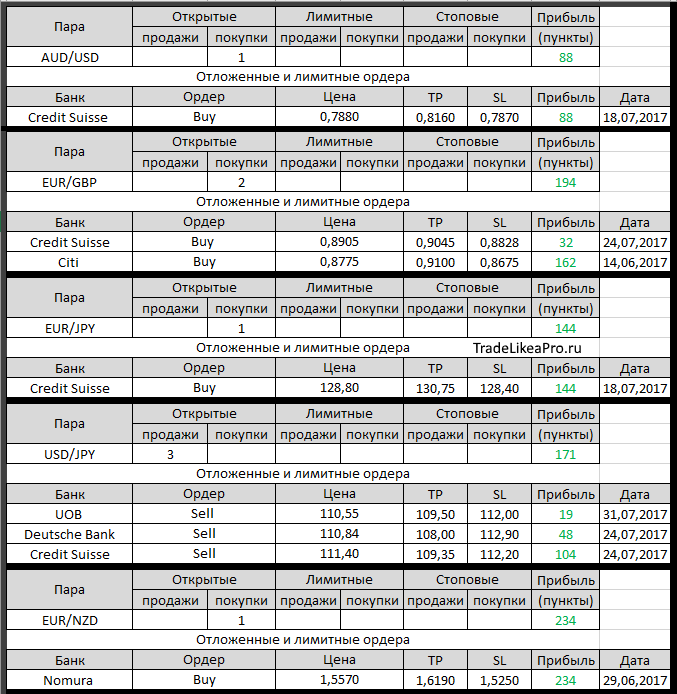 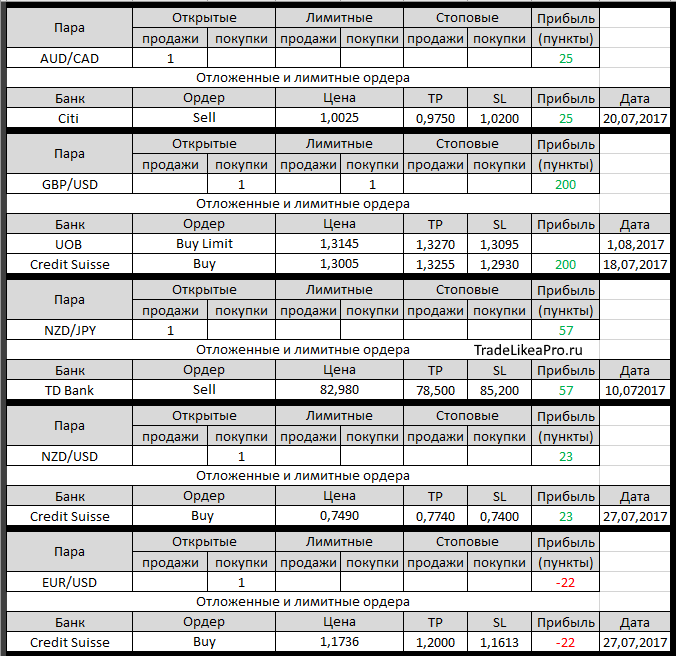 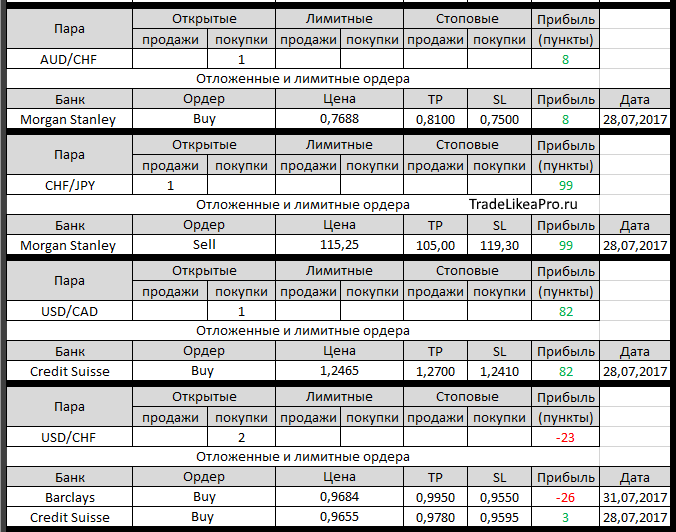 Asian markets reached a 17-year highs on Wednesday, as the growth of the Apple supported component manufacturers worldwide that helped to compensate for the pullback in the energy sector. The tech giant reported better-than-expected iPhone sales, and then shares the most valuable company in the world rose 6% to a record high of more than $159.

Such news should help the Dow to cross the mark of 22000 when trading will resume in new York. Futures E-mini Dow rose 0.2% in Asia. Technological MSCI index for Asia climbed 0.8% to highs of 2000, bringing the annual growth rate reached 40%. The Japanese Nikkei rose 0.4%.

In currency markets the USD moved away from recent lows, although in this respect it is worth noting that the bears are probably just afraid of resale. The U.S. dollar index stabilized at 93.085 once touched 92.777, which is the lowest level since may of 2016. Oil prices, meanwhile, are under pressure amid rising stockpiles in the United States.

European stocks closed near the best levels of the day amid weak EUR, solid growth before significantly impeded the growth of basic industries. However, 7% growth of the single currency since mid-April, will not go unnoticed by the governing Council of the ECB at the next meeting, so the agenda for 2018 that is associated with a reduction in incentives, still remains relevant.

The EUR is trading at 1.1812 USD near 2-1/2-year highs of 1.1845, reached earlier Monday. Data from China also supported the activity on European stock markets, whose growth is closely linked with the dynamics of Chinese import and business climate. In addition, the final report IHS Markit index of purchasing managers in the Eurozone manufacturing sector fell from 57.4 in June to 56.6 in July, and was the impetus for a minor pullback early achievements EUR.