Hello. Below are a few recommendations for trading in the Forex market on 9.08.2017

On a pair GBPUSD price continues to move along the trend line and has formed an inside bar. Continue to look here only sale, with the expectation of a fall to the level 1,44476.

On EURGBP pair slightly not reached to the level of 0,91000 and formed a pattern Doji. Perhaps again, a little eccorrections down, and then try to get through this resistance level 0,91100. Sales here do not consider, as they are against the trend.

On the pair EURNZD has formed a Doji pattern below the level of 1.6100 as. Will probably start a correction in the district 1,59000 to gain strength to continue the up trend. Sales do not see here. 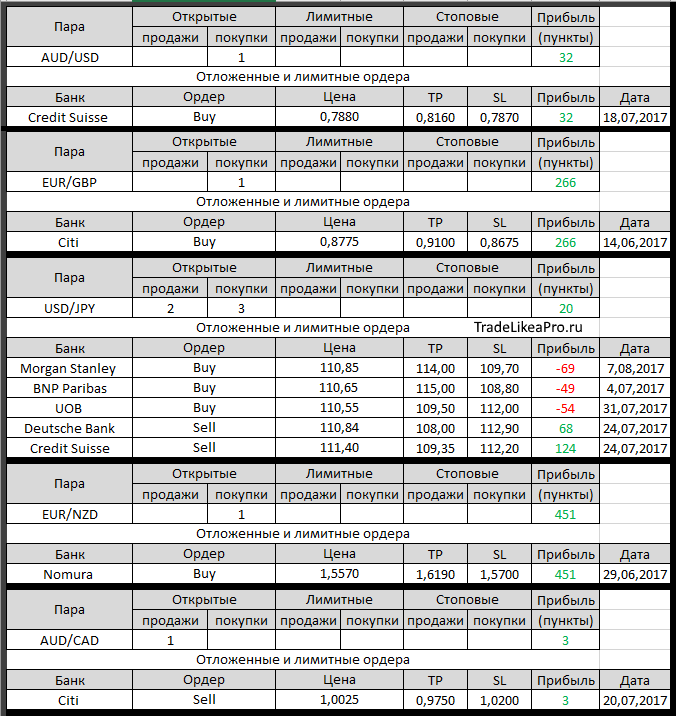 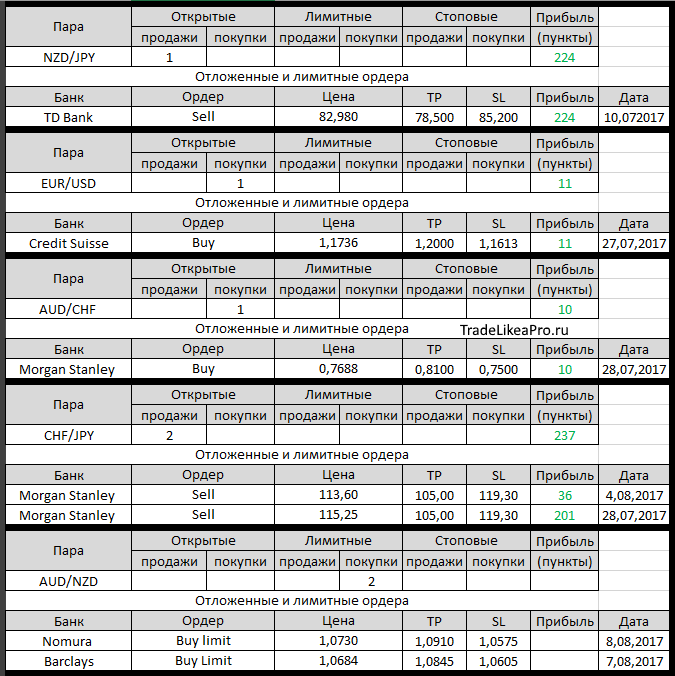 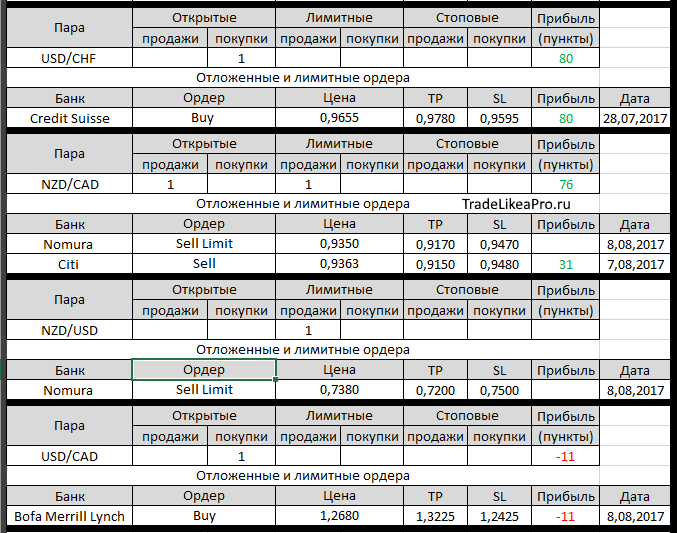 Asian stocks and futures on US shares weakened, while the assets of “safe haven” to grow, including investors give highest importance to the securities of the us Treasury, and gold and JPY, since the tensions on the Korean Peninsula is escalating, and Pyongyang says that it is considering plans for an attack on GUAM. By the end of the session, losses in the stock markets gradually declined.

The Asia Pacific MSCI index fell 0.7% and Japan’s Nikkei lost 1.4% as a stronger JPY was an additional factor of pressure on Japanese stocks. South Korea’s Kospi, which is one of the most strongly growing indexes this year, fell 0.9%. E-mini futures on the S&P 500 lost 0.3%. However, the sale in the markets did not last long, outlining the path for recovery by the end of the trading session.

In currency markets the U.S. dollar index, meanwhile, is trading near 93.646, near 15-month low hit earlier last week on 92.548. USD fell 0.4% against the JPY and it is trading near 109.84, which is the lowest level since mid-June. For JPY, tended to benefit in periods of geopolitical or financial stress because Japan is the largest creditor in the world and there is speculation that investors will repatriate funds in the event of a crisis.

Stock markets on the continent have closed higher, while the EUR weakened on the back of strong economic agenda for USD in the US, where the number of available jobs reached two-year highs. However, market growth has been limited due to the slowdown in trade flows worldwide and growing value of hedging these days.

EUR fell 0.6% to 128.92 against the JPY has weakened 0.1% against USD to 1.1735.
On the economic front, data support for a downtrend was provided by the Federal statistics office of Germany reported that, although the foreign trade surplus and increased sharply in June, but only because the growth of imports fell more sharply than exports. In seasonally adjusted terms, the surplus increased from €20.3 bn in may to €21.2 billion in June, not justifying forecasts for growth to €23.9 billion.