Hello. Below view on a few interesting points to trade in the Forex market on 3.12.2018 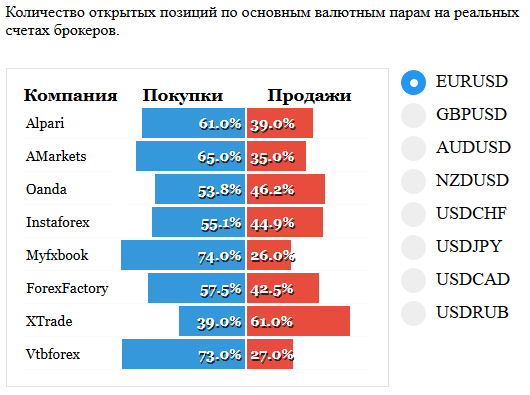 EURUSD formed a pattern of Absorption. Support as such has no pattern. But the continuation of the trend down is not excluded. Sales here have not yet considered, because of the way the support level. Look for deals will be after breakout of the level and post.

On the pair EURCHF formed a pattern of Rails rebounding from the level of 1,1345. Probably the correction is over and continue falling down trend. Goals for sales 1,11840.

On the AUDNZD pair moving below the level 1,06640 and formed the pattern of Absorption. Likely to go higher not enough and continue to fall on trend. Consider then the sales order 1,0533 and below.

On the last trading day of last week, Asian investors bet on the achievement of agreements between China and the United States, actively buying shares. The exceptions were the markets of South Korea and Australia, the Kospi index fell after the rate hike from 1.5% to 1.75% decline in the S&P/ASX 200 is correlated with the drop of “black gold”.

The main event for American investors on Friday was the summit launched the woof of the States G-20, the first day of which was marked by the signing of a trade agreement between Canada and the U.S., which positively affected the markets. 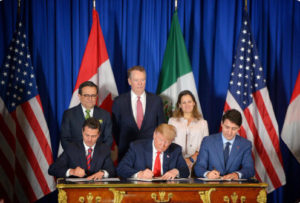 The leaders of the United States, Canada and Mexico signed a trade agreement UMSCA, which will replace NAFTA

Today, the indices will continue to react to the results of the final part of the high meeting, announced on Sunday the reform of the WTO, the delay for 90 days the imposition of tariffs on China and a new trade agreement with that country.

After the opening exchanges of the USA will be released news:

Unpleasant curious case dropped out at the beginning of the G-20 summit spoiled the mood of investors, indices closed in the negative zone:

The Federal Chancellor of Germany Angela Merkel missed the first day of meetings of heads of state by reason of failure of the aircraft. In the end, she was taken to Argentina normal flight of the Spanish airline, but a large part of political and bilateral negotiations had to be cancelled.

Today the Eurozone will have a big block of news at: