Hello. Below are a few recommendations for trading in the Forex market on 27.06.2017

13:00 UK. The President of the Bank of England’s Carney
17:00 USA. The consumer confidence index
20:00 USA. The speech of fed Chairman Yellen

On the pair USDCHF formed a pattern of Rails rebounding from the level of 0,97000. To gain a foothold under the level did not work and it seems that we break down the trend is down and continue the growth. I think that you can look at here to purchase.

On a pair NZDUSD again failed to update the highs and formed a Doji under 0.7300. Perhaps again go down to 0,72000 continuing the sideways move before continuation of the growth trend. Sales do not see here. 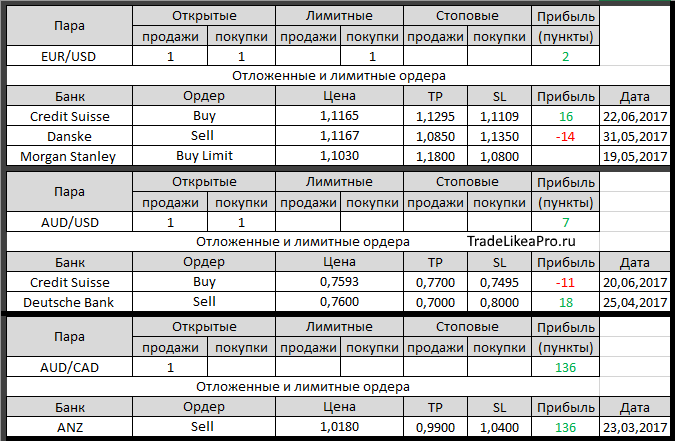 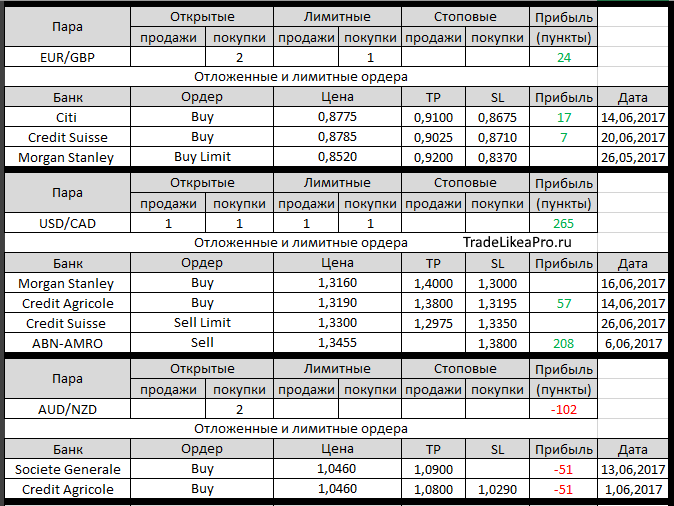 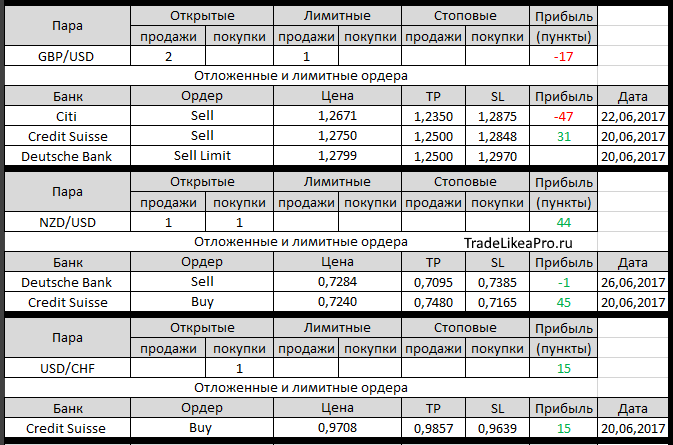 Japanese stocks reached two-year highs after the dollar strengthened, which served as a good driver for the growth of competitiveness of exporters, as global investors awaited comment from the head of the Federal reserve Yellen, hoping to hear the assessment of the prospects for further increase in rates this year.

The Nikkei rose 0.3% to 20210.09, but Asian markets generally traded dimly, in the background, as indexes of wall street closed flat, presenting a weak guidance for key trading partners. The widest index of MSCI in the region increased by less than 0.1%. At the same time Shanghai Composite in China and ASX in Australia fell by 0.1%.

USD strengthened against JPY at 111.800, digressing a little from month high 112.075 achieved in the session, but still increased, despite a decrease in the yield of long-term Treasury bonds, where 30-year bonds eased to the lowest level since 2007, helped by a decline in orders for durable goods forces you to think about slowing inflation.

European funds, meanwhile, were growing up, where a special role is played news of the stabilization of the banking sector in Italy, after Rome withdrew the request for credit assistance from European lenders. Of course, the problem in Italy is still not exhausted, however, the investment activity is growing, which indicates that the prospects for natural regeneration that do not require extended intervention of regulators.

EUR stabilized at the level of 1.1189 USD, rebounding from 11-month highs reached earlier, after the ECB President Draghi supported the bearish mood in relation to monetary policy of the Bank. However, for EUR downside risks to remain limited amid strong economic data, where business confidence in Germany has improved from 114.6 to 115.1 in June, with average forecasts for a decrease to 114.4.