Hello. Below are a few recommendations for trading in the Forex market on 13.03.2018
Calendar of anticipated events

13:00 Europe. The economic sentiment index in Germany
15:30 USA. The base consumer price index
17:15 Canada. The speech of the Governor of the Bank of Canada’s Poloz 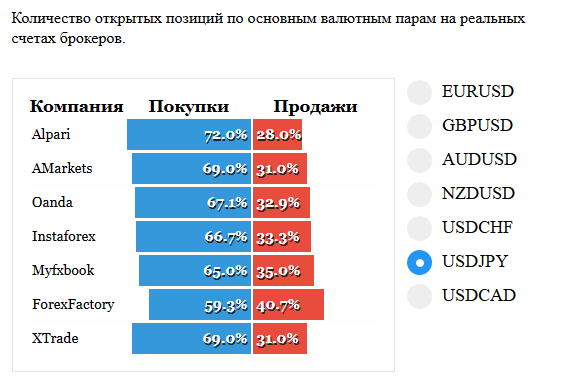 On the pair USDJPY formed a pattern of Internal bar at the district trend line. Likely will finish the correction and continue the down trend. But sales do not see here. The level of 105,500 from which it has twice fought, and stats transactions do not have to sales.

On the pair AUDJPY stopped in the area of 84.00 and formed a pattern Doji. Will probably end the upward correction and will resume the fall with the trend. Consider there sales. 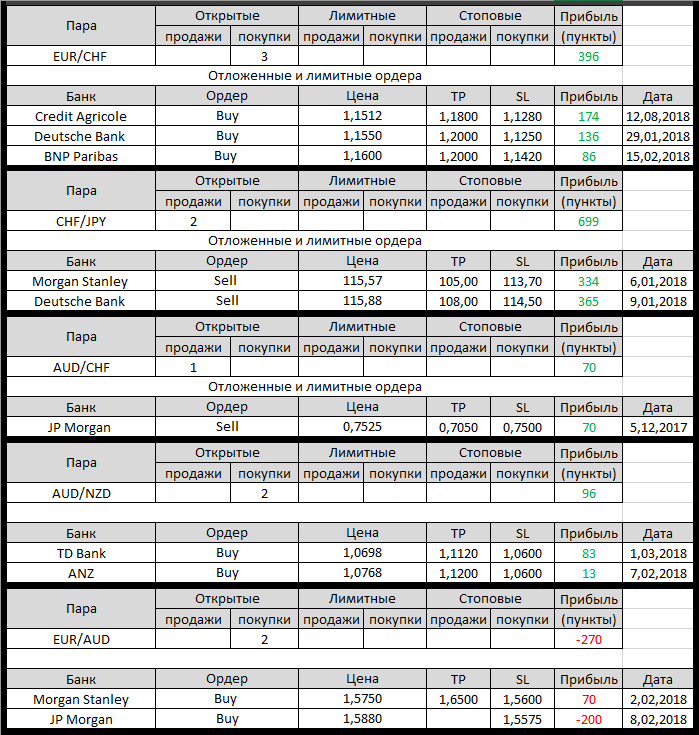 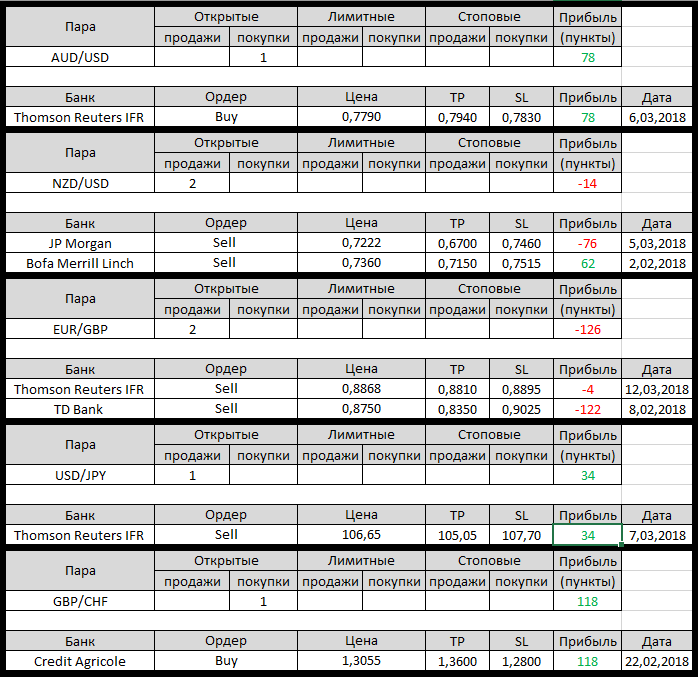 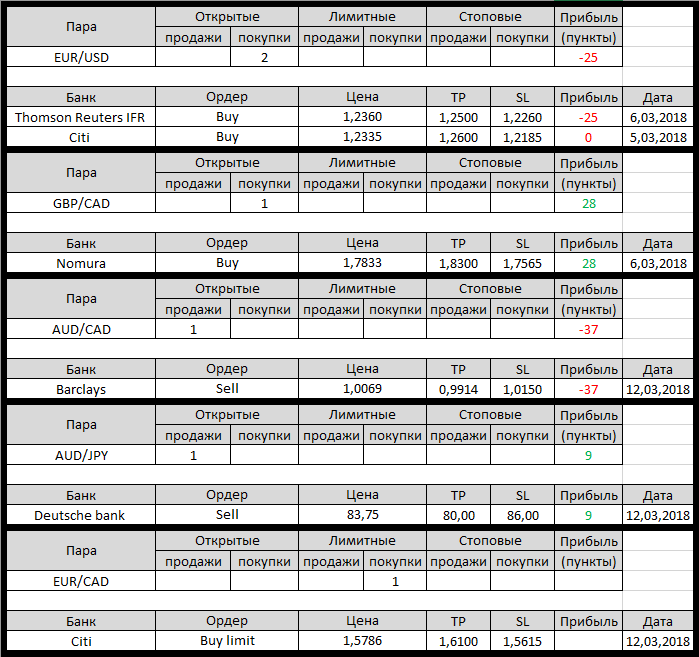 Asian stocks rose, thanks to higher prices for tech stocks and individual success on wall street. But gains were limited by expectations inflation data of the USA, which will be published later today, and will add clarity to the prospects of the fed’s policy this year.

Consolidated MSCI-index for Asia-Pacific region, added 0.2 percent, after spending most of the day in negative territory. The index rose 1.5% on Monday as the low wage growth in the US eased fears about accelerating inflation and interest rates.
Japan’s Nikkei recouped previous losses, adding 0.7%, where the income from chip technology to compensate losses in the steel companies. The Shanghai Composite was down 0.1%.

The U.S. dollar index against a basket of six major rivals rose 0.1% to 89.999 USD, after declining 0.2 percent on Monday. The greenback grew 0.3% to JPY 106.740, reducing the losses of the past day, after a scandal about lobbying Finance Minister Taro ASO from Shinzo Abe has put the two most important officials under the pressure of criticism.

Stock indexes in Europe have maintained significant losses after the US President said that the European Union has eliminated the “large” rates and restrictions for farmers and producers of his country.

Investors were expecting more weakness on the continent today, but Britain’s FTSE fell 0.1% on opening, while the German DAX lost about 0.05%, while France’s CAC 40 retreated 0.07%. Meanwhile, on the periphery, Spain’s Ibex 35 rose by 0.43%. 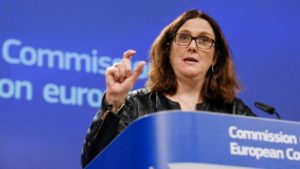 EUR down against USD is trading close to 1.2332. All this followed the inconclusive round of talks between EU Commissioner Cecilia malmström and her American counterpart, where Brussels could not guarantee that he will be exempt from US tariffs on steel and aluminum. Since the beginning of December, the EURUSD pair rose from 1.1712 to 1.2556 in February of this year. However, in light of the recent trade and economic developments, the ECB with even more chances can abandon the policy of tightening credit policy.