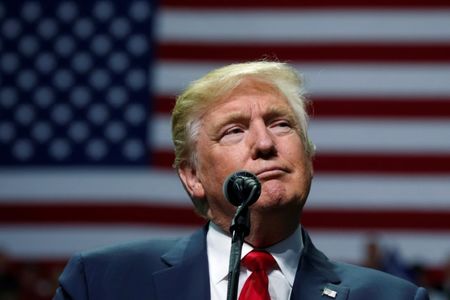 on the strength of his “victory” against Mexico last week, the country having agreed to make greater efforts to control migration flows, the threat of tariffs, Donald Trump displays this Monday about farms in the face of China.

In one of his very rare appearances on CNBC, the president, Trump stated that it reached agreement with China due to tariffs, stating that the country “is absolutely devastated” by the latter.

According to him, China would have lost “a lot of billions of Dollars” with the tariffs, which seems impossible given that the total GDP of China is of the order of 12 trillion…

It has once again highlighted that companies are leaving China to establish their businesses outside of the yoke of the tariffs, including in the USA.

Even if the strong figures in chinese exports published last night contradict the impact of tariffs, Donald Trump seems so convinced that the continuation of the price pressure on China will lead to a solution.

He also clearly explained that ” if China does not come to the G20, the tariffs will come into force immediately “, referring to his threat to tax an additional $ 300 billion of chinese products.

However, he also said ” expect to meet with Xi at the G20 “, highlighting once again that ” without agreement with China, new tariffs will be applied “.

It is also to be commended for its strategy with Mexico, saying that after months of discussions, the problem was immediately resolved as soon as it has waved the threat of tariffs, not hesitating to feel that ” tariffs are a beautiful thing “…

What we need to remember this intervention of Trump is that he continues to use the threat of tariffs as its main negotiating tool, which increases the likelihood of the USA to impose more tariffs on China in the short term.