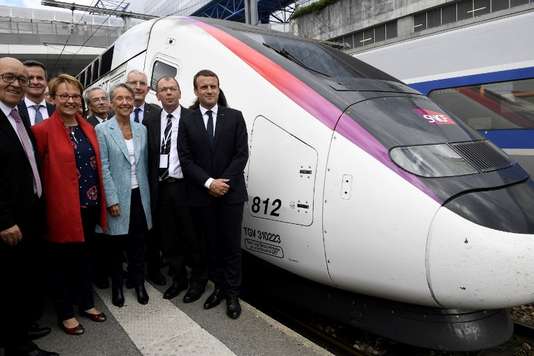 “Everything is not possible. It is necessary to choose. “So begins the report of the Council of orientation of the infrastructure, 212 pages submitted to the minister of transport, Elizabeth Terminal, Thursday, February 1, by its president, Philippe Duron, a former socialist deputy, ex-mayor PS of Caen and the outstanding figure in the transport. At the end of five months of work, the government has a tool supposed to allow him to decide what major infrastructure projects – motorways, high speed lines, channels of wide gauge, rail operations – will be possible during the next twenty years.

Since 1 July 2017, and the speech of Emmanuel Macron at the double inauguration of the high-speed lines (HSL) Tours-Bordeaux and Le Mans-Rennes, a break was ordered in the major works, and the priority given to mobility in everyday life. The law of orientation of the mobilities planned for April will be next to visit the end of this period.