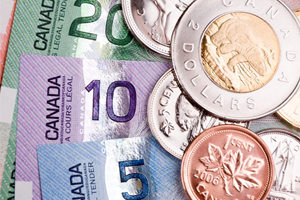 The canadian dollar is the 7th best currency traded in the forex market but it is present, all the same, in 4.6% of the exchanges. Here are some tips to negotiate on the forex.

A currency correlated with the oil
Canada is a major oil-exporting countries of the world. It ranks in the 11th place with 448 billion in exports in 2014. It is also the 5th largest producer in the world ahead of Iran and Iraq and accounts for 4.6% in the share of the total production of oil. The canadian economy relies heavily on oil. It is thanks to the black gold that the country’s trade balance has remained positive for many years.
Concretely, when the oil prices decline, the canadian economy slows and the dollar CAD is depreciating on the forex. In contrast, when prices rise, the canadian dollar appreciates. Generally, the canadian dollar is considered the currency of The oil.


A currency subject to the influence of its american neighbours.
The oil is not the only factor that influences the price of the canadian dollar. The canadian dollar is, in effect, also very influenced by the United States. The geographical proximity that the two countries treat a lot together. Specifically, nearly three-quarters of Canada’s exports go to the United States. Conversely, the u.s. imports account for more than half. Therefore, there is a very strong link between the two countries.

You will have understood, the evolution of the price of the canadian dollar mostly depends on oil prices and the economic health of the United States. In times of uncertainty, the dollar CAD seems to be more influenced by the evolution of oil prices. In a period of economic recovery or growth, what are the United States and the us dollar USD that play a more important role.