The word ”lynching” has no doubt had a different meaning against the former, in all cases within finanssvenskan. The new importance – to yourself, go around and see which companies seem to be popular and then buy their shares – has obviously started to be practiced by an increasing number of long-term investors. This certainly affected by Börspodden many times used the term and Finanstwitter is full of tips based on the more or less successful ”lynchings” carried out on the town.

Peter Lynch, who I presented in my second post in Värdeinvesteringsskolan ”Growth value”, made his biggest contribution to the investeringsfilosofin by describing how he simply walked around in big shopping malls and searched for the chains that had the most customers and which which was completely empty. The most frequented and checked he and found sometimes that the company still only existed in his part of the united states but planned to expand. This technique allowed Lynch to the best fund managers, and made that he could retire at 45, ”I realized that nobody on his deathbed regretted that he spent more time at the office”. 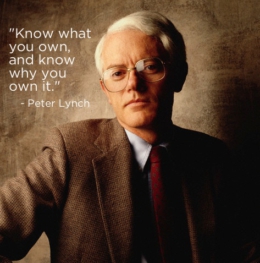 That lynching works is beyond any doubt and is also very logical – if you have your ear to the rails so you can hear enough to the train to come before those who have not taken the trouble to bend the signer. However, it is absolutely not as simple as many believe and needs to be combined with more data points before making a purchase. Fall these on the spot this method is very safe and profitable for those who have the patience to wait. Lynch has inspired and influenced me a lot and below are some examples of successful lynchings, and a bad example:

Those who kept their eyes open could around 2010 to see how the iphone began to come in was the man’s hand. You could also notice that the attitude changed from being dismissed as a ”toy” and ”not a real smartphone”, etc. to be seen as the future. I worked at this time at GE Healthcare and was able to see how managers in the united states and thus soon also in Sweden quickly put on from choosing the BlackBerry to the iPhone. This, together with sales figures and statistics, which showed how the number of people who planned to buy an iPhone exploded was among the most important factors that got me to buy Apple 2011.

All who visited the typical tourist destination for northern europeans around the Mediterranean sea for around ten years ago could see how Kopparberg (which I own, see previous chronicle) quickly spread on bars and restaurants. This was, of course, a conscious strategy from the company but it was obvious that it was successful and the plan, to vacationers who have discovered the mark would buy it when they got home, was likely smart. I can only wish that I reacted to this and bought shares much earlier instead of just noting that also non-swedes seemed to think about the product. One can, however, today did not go far in the English cities before you see Kopparberg in pubs and in shops. It is quite obvious that the product is rock-solid today and I am happy owners who have not sold as many did after Brexit-omrösningen. Brexit or not, people will not stop to think about the Swedish cider. The picture below I took in Cyprus last week… 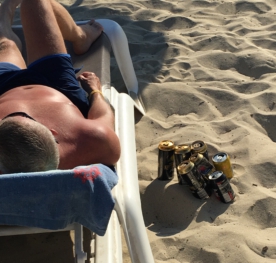 Finally, a current example. Storytel (see previous post) has been in existence for several years in Sweden but it is obvious, not only by their fine prenumerationstillväxt, that something has happened. Storytel is labeled in a different way today. Of course one can not see what people go around and listen to but anecdotes are equally important in the lynching. People are talking about books in a partly different way – when spreading the word about the books is the mention of the ”available at Storytel”. People ask in social media for ”some tips on the detective novel at Storytel” and the like. Storytel feels as if they are on the way into culture in the same way as the iPad and Spotify. You may think that this is fuzzy compared to observe the consumption, but I think not. People’s attitudes and ”what you talking about” is at least as important as the more obvious visible consumption. To perceive this, and together with other data is to master the lynching and hence very profitable.

What lynching is not

Finally, an example of the dangers of relying too much on what you see or use what you see to confirm their preconceptions.

Investor X who like a lot of H&M, a not too unusual phenomenon, go out on the town in the centre of Stockholm. In the area around Sergels Torg, he sees many going around with H&M bags. X is happy and starts to count how many bags he sees, which he happily informs his followers on Twitter. Then he goes into the flagship store next door and see that the queues at the checkout are long. Of course, he will purchase more H&M on this interesting sighting…

What he didn’t thought of is that within a couple of hundred metres there are not fewer than five H&M stores which may have a lot to do with the number of bags he has seen. There is a queue on a hypermarket is not particularly interesting. What he should have done is to take a day and go around to the different H&M stores in different locations and see how it looks there. If a store, H&M or another chain, have lots of visitors on a smaller place is much more telling than if they have it on their ”flagship” in the middle of the city.