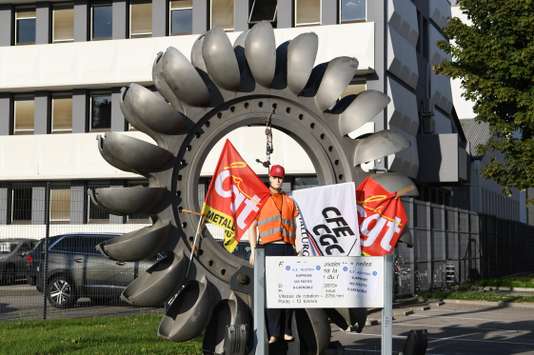 Concerns are growing for Belfort, the historical birthplace of Alstom, whose energy division was bought by General Electric (GE) in 2015. The difficulties of the american giant, in part attributable to the depressed market of large turbines for power plants, and the dismissal surprise of its president and CEO, John Flannery, Monday, 1st October, have increased a climate already weighing in. Its replacement by Lawrence Culp, 55 years old, ex-boss of Danaher Corporation (2000-2014), and a director of GE since April, has not anything to reassure them.

In the turmoil, General Electric dismissed its president

The man certainly has masterfully developed the conglomerate (medical equipment, computer, etc), transforming an industrial group in which the traditional ” a leading company in science and technology “, according to a press release from GE, but he will not hesitate to cut into the flesh if necessary. His appointment has been greeted by a surge of 7 % of title to Wall Street. Between what he professes for three years at the Harvard Business School and the lived reality in the workshops of Belfort, there is a world.