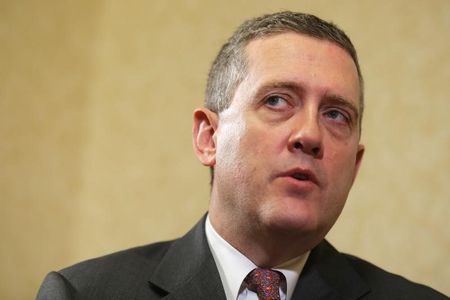 According to James Bullard, president of the St. Louis Fed who spoke yesterday evening, the Fed could lower its interest rates soon due to low inflation and the threat posed to the economy as the trade wars of president Donald Trump against China and other countries.

According to him, the resolution of commercial disputes may be more difficult than we had thought, which could curb business investment and increase the pressure on an american economy whose growth has already slowed since last year.

The Fed is faced with an economy whose growth should be slower in the future, with a certain risk that the slowdown is more pronounced than expected due to the persistent uncertainty of the global trade regime “, said Mr. Bullard, in a speech in Chicago.

A series of recent reports point to a slowdown of the economy, including the manufacturing ISM for the month of may was released yesterday, and proved to be disappointing.

In addition to commercial disputes, Mr. Bullard stated that the arguments in favour of a rate cut have also been strengthened by the persistence of low inflation below the target of 2 % set by the Fed. According to him, a recent inversion of the yield curve of the Treasury suggests that the current level of interest rate is ” exceedingly high “.

It has been estimated that one or more rate cuts could help stabilise the economy and prolong the current economic expansion, which lasts for ten years.

It should be noted that Bullard is known to be one of the most dovish of the Fed, but these statements remain important, because this is the first time that an official of the Fed conjures up openly for a rate cut.

We can therefore expect that other members of the Fed meet publicly to this line of thinking over the next few weeks, which could keep the Dollar under pressure.

The evolution of the money markets is synthesized by the barometer of the Fed funds rate d’Investing.com suggests a probability of more than 80% of observing at least two rate cuts this year.

In addition, many banks are updating their forecasts for the Fed funds rate in recent days, and all are unanimous on the fact that the chances of the Fed lowering its rates are increasing.

JP Morgan and Barclays (LON:BARC) include, for example, two rate cuts in their base scenarios 2019.

Note that these are the expectations dovish about the Fed keeping the Dollar under pressure since yesterday, as it is particularly evident on the EUR/USD pair.