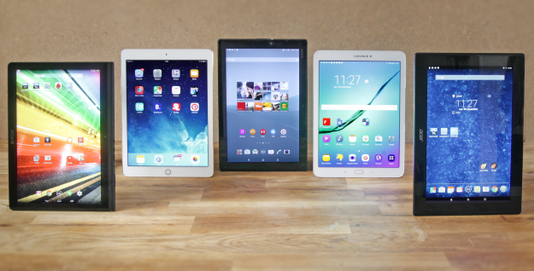 For the 13th straight quarter, shipments of tablets in the world to have recorded a decline. According to a report by the firm IDC published on Monday 5 February, it passed, in the year 2017, that 163.5 million units in the world, a figure in the removal of 6.5% compared to the previous year.

The study of IDC that focuses not only on the shelves for classics, but also on the hybrid products, halfway between the tablet and the laptop, equipped with a detachable keyboard. These two sub-categories have different patterns. If the second recorded an increase of 1.6% in the past year, the first has lost 7.6 %. It is, however, still the bulk of the market (87 %).