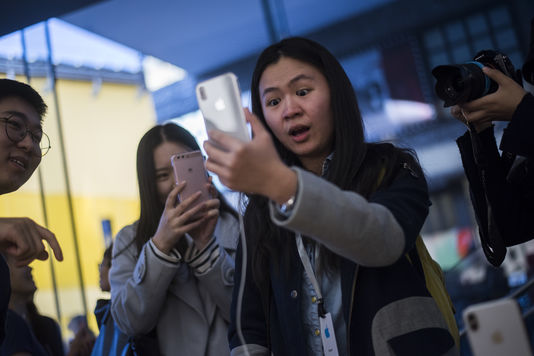 The chinese market of smartphones has seen in 2017, its first year of decline. According to figures published on Thursday 25 January by the research firm Canalys, 459 million units have been passed, which is 4% less than in 2016. A contraction which can be explained by the fall of 14 % of sales in the last quarter.

“This downturn has happened more quickly than we had expected,” said Mo Jia, an analyst at Canalys, while several observers have noted a beginning of saturation of the market. Already at the end of December, DigiTimes, a journal specialized in the technology sector based in Taiwan, had made state-of-stocks, which were among the main chinese manufacturers, forcing them to reduce production.