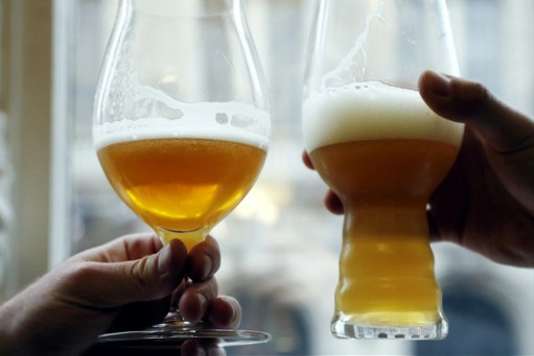 Brunettes, blondes, white or amber-coloured beers have been born to them a revival of the French in recent years. The Hauts-de-France became the spearhead of this revival is brewing. If the brand kronenbourg and then allows the region of Alsace is standing on the first step of the podium of the producers with 6 to 7 million hectoliters per year, the ch’tis are number two, with $ 7.1 million hectolitres produced in 2016 (33.5 % of the national production).

Beyond the craze for the micro-breweries that are born in the four corners of the region, millions of euros are invested in medium-sized and large breweries the north. And a ” brassitourisme “, launched on the model of the wine tourism, you can now get lost through fields of barley or hops, through the estaminets, typical of Flanders.

The production of beer in the North and the Pas-de-Calais is based on a tradition and an ancestral know-how. In the absence of sunlight sufficient to cultivate the vineyard, the ch’tis have wagered on the water, the cultivation of barley and hops. “A century ago, it was in our region about 2 000 farms which were brewing their own beer,” says Raymond Duyck, aged 63, brewer recently retired. In the North, there are still dozens of breweries family, the image of that of Jenlain, a small village in Hainaut. In this brewery, established by his great-grandparents, Raymond Duyck, chairman of the Union of Brewers of the Hauts-de-France, just pass the torch to his son Matthew, a fifth-generation brewers since 1922. “In 1976, it was producing 15,000 hectolitres per year,” recalls Raymond Duyck. Today, it is 90 000 hectolitres ! “A marked increase in investments in the production units. Again this year, Duyck have invested a million euros in the family business, which has 48 employees.