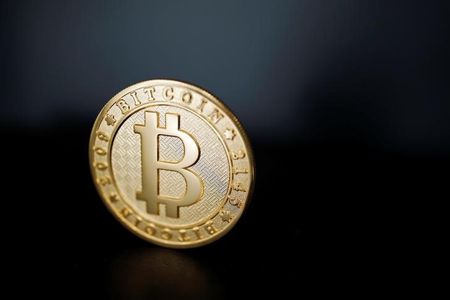 The Bitcoin has slipped Monday, returning below the level of$ 8,000 after a recovery by the end of the day on Sunday that saw him bounce back to more than 12% to its highest levels of the year.

At the beginning of last week, the price of the digital currency reached 8 323,9$, their highest level in 2019, after a rally that has nearly doubled its price since the beginning of April.

After a fall from a historical high close to $ 19 900$ in December 2017, the Bitcoin has spent the better part of the first quarter of 2019 under the threshold of 4 000$ before resuming its momentum at the beginning of last month.

The total market capitalisation of the crypto-currency, which amounts to about 247 billion dollars, and is often used to assess demand, has more than tripled since its low in December.

Bloomberg reported Monday that the Bitcoin had ended its recent rally, which exceeds its ” intrinsic value “, replicating a similar movement in 2017 prior to a crisis, citing a note written by the strategists from JP Morgan on Friday.

“In the last few days, the real price has evolved greatly compared to the marginal cost,” said the note, according to Bloomberg. “This divergence between the actual values and intrinsic has led to some echoes of the rise to the end of 2017, and at the time, this discrepancy has been resolved mainly by a reduction in the real price.”

“Set a value that is intrinsic or fundamental to any crypto-currency is clearly a challenge,” added the note, according to Bloomberg. “In effect, the opinions range from some of the researchers for the absence of fundamental value to others who feel that the intrinsic values far exceed the current prices.”