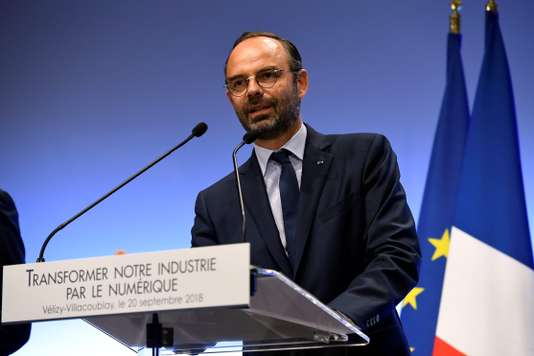 Forum. According to the prevailing opinion, the industry would be for the world of yesterday. In reality, a new industrial world is being born. In 2017, for the first time in almost ten years, France has opened more factories than it has closed. The “produce in France” now has its own foundation, the FrenchFab is about to blow his first candle, and the prime minister announced on Thursday 20 September with an ambitious plan for the digital transformation of the industry.

But the majority of our fellow citizens do not perceive what is happening on invention, ingenuity, compelling creation in the factories that dot our countryside and the outskirts of our cities. “Factory special” that will be hosted by the Grand Palais, Paris, from 22 to 25 November, intends to open the doors of this world, to reveal the diversity, the promises and the challenges.

Today, as yesterday, the plants concentrate the intelligence accumulated in our societies over generations. But we also know that the new industrial world will not be sustainable if it manages to integrate social demands and environmental challenges of an acuity without precedent. We support with enthusiasm this project, which will see and reflect, to a very wide audience, around the five grand challenges.

The main challenge is to give meaning to the work. The industry of today and tomorrow, these are factories, workshops, centres, research and design, populated by machines and meshed by multiple networks. But above all, what are communities of women and men who co-operate in the works useful and common.

Companionship between humans and machines

Everywhere, the models of discipline in the former and the division of labour between those who think and those who do, are counter-productive, unsustainable. The search for autonomy, the requirement for meaning and the desire to ” do “, to act in the concrete,…