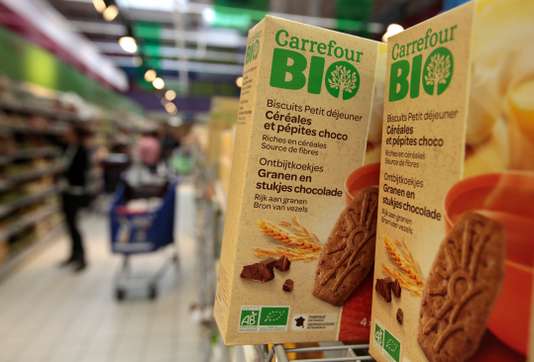 Danone, Mars, Nestlé, Lactalis, Coca-Cola… All the large multinational companies are flocking to the bio. Not a week without one of these companies announces the declination of any of its trademarks under the label of the green leaf. The example of yogurt Danone, cereals, durum wheat, ham, Herta, butter President or the tea beverage Honest.

“Very large groups are behind the bio. They represent only 11 % of this market, ” says Emily Mayer, the research company IRI, which highlighted their desire to catch up with the distance granted. From January to the end of September, there was a near doubling of their offers. “

It is true that the increase of 17 % of the purchases of agri-food products organic by the French, in 2017, for a total amount of about € 8.4 billion, enough to make you drool for the industry. But also the large-scale distribution, which has made it one of its major axes of development, and therefore wish to garnish its shelves.

Food Innovation : in search of the perfect recipe

The made in France has its limits

This conversion of the major brands of the agri-food does not go without asking questions. They have, for the most part, not taken the time to create the sub-sectors of organic agriculture in France, and thus play the opportunism at the time of sourcing the raw materials.

Thus, on the package of organic cereals durum wheat, tricolor flag is displayed. A made in France claimed on this product, the first step in the organic market of this brand controlled by the u.s. March in partnership with the French cooperative Axéréal. As the whole range of durum wheat, it is conditioning, it is true, in its plant in Marboue, in the Eure-et-Loir. But the “made in France” has its limits. Cereals luxurious panels bio contained in the packet, couscous, quinoa or black-and flaxseed, have never taken root in France. The couscous came from Italy, and quinoa from South America and the seeds of flax of the United Kingdom.

Similarly, Nestlé has sparked controversy by launching, in September, the version of the organic mashed flakes under the brand Mousline. Again, it is made in France, in the Somme, but with potatoes in germany. The ham bio has him, still with that little bit of luck to be from pigs reared within the Hexagon. The organic production represents only 3 % of pig production in French, one of the sectors that are lagging behind in the conversion. The major groups supply often in Denmark. When the industrial grabs the bio, not sure it goes hand in hand with local…