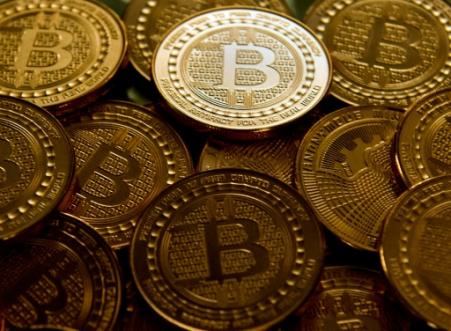 The bitcoin, the crypto-currency that is all the rage in Japan (Photo Karen BLEIER. AFP)

“I invested all my savings in bitcoin”: as of May Fujimoto, aka “Miss Bitcoin” on the social networks, many Japanese are so taken from the most famous crypto-currency, is now recognised as a legal tender in the country.

In December, a little over 31% of global transactions of bitcoin were denominated in japanese yen, behind the dollar (44%) but far ahead of the south Korean won (18%) and the euro (6%), according to jpbitcoin.com, japanese website compiling data on the sector.

The share of japanese investors in this market has increased significantly since the ban last year on the exchange of crypto-currencies in China.

Tokyo has taken the opposite path. A law that came into effect in the spring of 2017 has recognized bitcoin and other virtual currencies as legal tender, while strengthening the requirements for transparency and financial solidity of operators in the local market.

This enabling regulation has encouraged groups of services online japanese already prepared to embark on this new niche, while thousands of shops in the country have started accepting payments in bitcoin, a lot of buzz in the local media.

“The participation of large companies, the feeling of safety coming from the green light from the government and the media exposure has really brought groups of people completely new on the market” of the bitcoin in Japan last year, summarizes Koji Higashi, 29, a specialist in the sector and himself an investor in the virtual currency.

Mai Fujimoto, 32 years old, and is a supporter since 2012. “At the time I was looking to create a platform for online donations for the education of children in developing countries (…). I realized how much of it was expensive to send money abroad”, she explains to AFP.

“When I learned that I didn’t need to go through banks if I were using the payments in bitcoin, I was really impressed,” adds the entrepreneur.

“I invested all my savings in bitcoin and other crypto-currencies for about a year (…). I have no more savings to the bank,” she said, laughing.

Nothing predicted but bitcoin is such a hit with the Japanese, known for their low appetite for risk, their preference for savings and cash payments.

The first impulse of the bitcoin in Japan was broken in 2014 by the resounding failure of the trading platform tokyo MtGox. Its former leader, the Frenchman, Mark Karpelès, has tried since last summer to Tokyo for data manipulation and embezzlement, allegations he denies.

“A lot of the Japanese are very conservative in terms of risk. But on the other hand, we have the trading details on the foreign exchange market, and a lot of individuals trading large amounts, on this market,” said Yuzo Kano, CEO and co-founder of bitFlyer, today the main trading platform of the bitcoin in Japan.

Many speculators japanese on the foreign exchange market tend to see on crypto-currencies such as bitcoin, have recently estimated the analysts of Deutsche Bank (DE:DBKGn) in a note.

The context of prolonged very low interest rates in the country, under the effect of ultra-accommodative monetary policy of the Bank of Japan, also encourages them to seek alternative investments more profitable, ” said Mr. Kano, a former employee of Goldman Sachs (NYSE:GS) and BNP Paribas (PA:BNPP).

This choice has nothing rational, but stems rather from an effect of tailism, however, maintains Koji Higashi. “+Everyone is doing it now and I have heard that there is a lot of money with it, so I have to do it also+”, he says to sum up the state of mind.

But another consequence of the official recognition of virtual currencies in Japan could soothe the passions: any profit from transactions on these markets will be considered as miscellaneous income, subject to a tax rate high, of the order of 55%.

“This is a huge issue that stirs this time the environment”, according to Mr. Higashi. “Many investors have trouble to calculate the amount that will be taxed,” he said, predicting “a lot of the scandals of tax evasion in the near future”.