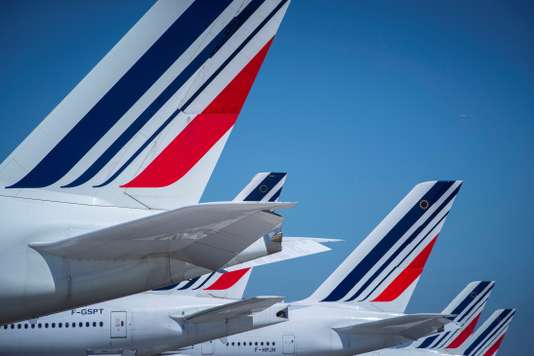 Two days to finish with a conflict of several months, which has cost more than 335 million euros ! It is the goal assigned to the management and the unions of Air France on the occasion of the opening of the mandatory annual negotiations (NAO), Wednesday, 17 October. The calendar sent out at the end of last week by the management of Air France to the trade union organizations has scheduled two meetings on Wednesday mornings and Thursday 18 October in the afternoon.

Before going around the table of negotiations, each side has marked his territory. Air France offers a wage increase of 4 % : 2 % would be extended to 2018, with retroactive effect from the first of January and 2 % from 1 January 2019. For its part, the intersyndicale, which brings together ten organizations representing all categories of staff, drivers, to the employees of the soil, claims a pay rise of 5.1 %. A differential that should not be insurmountable.

Since the appointment of Benjamin Smith, mid-August, at the controls of the Air France-KLM, the atmosphere seems to have evolved positively in the airline. “Since Mr. Smith arrived, the social dialogue at Air France takes a new breath “, wants to believe Sandrine Techer, secretary of that section of the Syndicat national du personnel navigant commercial (SNPNC). Even the national Union of airline pilots (SNPL) may be satisfied with the proposed salary of the executive. However, Philippe Evain, its president, wants to change the calendar. He wishes that, ” about 4 % available, 2 % are attributed, in 2018, to offset inflation, while the additional 2% would catch up with the past “. According to the boss of the SNPL : “There has to be a part of the proposed increases to be in respect of years of blockage of the wages. A balance of the past. “

The management of Air France renews the dialogue with the inter

If the proposal of the trade union of pilots received the green light from the direction, it leaves ” all of the open runs to 2019 “, argues Mr Evain. This clause revoyure “, as is the wish of the intersyndicale, could mean new wage increases if Air France is continuing its recovery next year.

However, new clouds have come to darken the sky just clear of the social dialogue. An e-mail, unveiled Monday, October 15, by the site Mediapart, has set fire to the powder. In a letter to Benjamin Smith, Bernard Garbiso, secretary-general of the CFE-CGC Air France, appealed to the boss of Air France-KLM “not to give reason to the intersyndicale by any gesture” in the direction of wages. In February 2018, the CFE-CGC and the CFDT had been the only two unions to sign the 1% increase proposed by the former management of the company. In may, the staff had overwhelmingly rejected in over 55 % of the wage agreement presented by the management of Air France. Failing to be heard, the labour leader would prefer that the direction of wait for “the end of the year” in order not to ” endanger the trade unions officials such as the [their]… “. A calendar propped up on the elections that could shift the landscape trade union of Air France.

The unions of Air France multiply the calls in the strike

In November, the drivers will vote to renew the mandate of Mr. Evain. With a wage agreement in his pocket, the president of the SNPL would be in a favorable position to be renewed. Finally, the professional elections, scheduled in march 2019, will announce a ballot at risk for the CFE-CGC and CFDT. Appalled by the mail of Mr. Garbiso, the SNPL denounces ” small wheeling and dealing from the bottom floor “. For Ms. Techer : “It is an earthquake in the trade union world. How a union can he write such things ? “asked she.