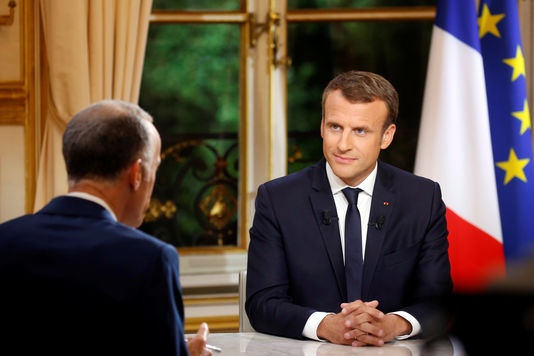 In his television interview of 15 October, Emmanuel Macron seems to have designated the rich investors capitalists as the first rope of growth. It is a mistake. The first climber, it is the entrepreneurs, not the investors. It would be dangerous to confuse them.

The investor capitalist who acquires the factors of production in exchange for money, is indeed that an agent is more patient than the other, who agrees to restrict today’s consumption to increase in the future in a higher proportion. His particular income, the interest of the capital, the reward simply to be tightened the belt. Those who agree to save more and for longer than the other will be compensate by the high levels of interest more important.

The contractor is a whole other character, to be the source of innovation and change. By mobilizing specific qualities of arousal or vigilance, the entrepreneur discovers opportunities for exchanges and reports its actions to other individuals, in return for wages, profit, it has to have informed the community on the existence of opportunities until then ignored.

Without capital, no production possible

What is the relationship between capitalists and entrepreneurs ? The role of investors is simply to finance the exploitation of the opportunities discovered by entrepreneurs. Without capital, no production possible. But the starting point of the discovery, this is not the capitalist, it is the contractor. It is to him that the hunt for investors, and not the reverse.

To have an income, investors capitalists do not need to develop the lesser entrepreneurial talent. They are indeed lacking for the most part. But then, why, in practice, the shareholders capture the entire profit ? Finally, the status of capitalist, does he not entitled to the interest of the…