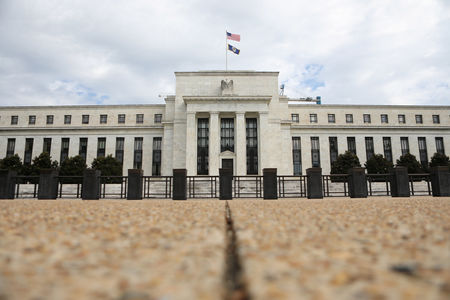 As the market anticipated, the Fed meeting this Wednesday 19 June 2019 has been particularly dovish, paving the way for a rate cut for next month, although the central bank has not clearly announced.

The Fed has, however, shown sufficiently dovish in his comments that the market strengthens everything even his certainty that the rates will be lowered in July.

The Federal Reserve has therefore dropped the word “patient” to describe its approach to monetary policy.

The statement of the Fed has also changed the formulation to admit that inflation is “below” the 2% objective of the Fed. In their forecasts for overall inflation this year, the members of the FOMC reduced the estimate to 1.5 % from 1.8% in march.

As regards the description of the economic activity, the Fed has felt that it is ” increasing at a moderate pace “, while she considered “solid” in its previous statement.

In their reference scenario, the members of the FOMC have said they still expect a “sustained expansion of economic activity” and a movement towards an inflation of 2 %, but they are aware that “the uncertainty surrounding these prospects has increased” .

“Given these uncertainties and the moderation of inflationary pressures, the Committee will closely monitor the impact of new data on the economic outlook and will take the appropriate measures to support the expansion,” says the press release.

In regards to the graphical dot-plot, it should be noted that it found that eight members are in favour of a rate cut this year, while the same number voted in favour of the status quo, and another still wants a rate increase.

On the forex, we can see that the Dollar appears significantly weakened, as can be seen in particular with the rally uptrend of the EUR/USD pair, which tests the resistance of 1.1250.

For their part, the US stock exchanges are on the rise in the face of announcements from the Fed.

Finally, it should be noted that investors will follow the press conference of Jerome Powell, from 20: 30.