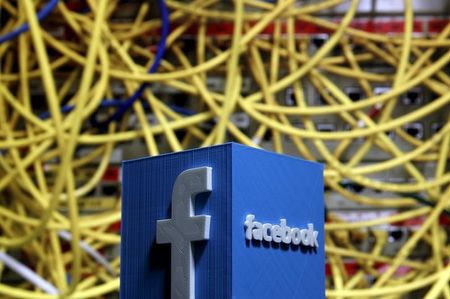 after the revelations of the site, The Information, the social network Facebook (NASDAQ:FB) is expected to formally announce the creation of its crypto-currency before the end of the month.

It will also be immediately possible for the employees working on the project choose to be paid their wages in crypto-currency Facebook.

Note that there is approximately a year, the company has named David Marcus, a former executive of PayPal, to begin exploring the possibilities that technology offers blockchain.

Since then, the leaks about this project have been numerous, and we already know that users will be able to store, exchange, and redeem the fiat currency crypto-currency, Facebook, for the moment called ” GlobalCoin “.

The Information also reveals that Facebook provides atm physical where users can purchase the crypto-currency.

And despite the fact that hyper-centralized Facebook, it seems that the company wants to create a crypto-currency truly decentralized.

For this, Facebook is inviting third party organisations to act as ” nodes “) to help manage the network, and discussed the possibility of asking for $ 10 million per node for this privilege.

To make it simple, the nodes contain the necessary computing power to solve complex mathematical equations that are used to validate transactions on a blockchain.

Facebook would thus be in the process of creating a foundation with designated partners to help manage its currency, and make it a true crypto-currency decentralized.

In regards to the market of crypto-currencies, we can estimate that the creation of a crypto by Facebook could prove to be a real tipping point.

By exposing the more than 2 billion users on the concept and benefits of digital currencies, Facebook will provide an awareness never known before in the world of crypto-currencies.

And after a first contact (more or less forced) with the crypto-currency of Facebook, users will no doubt be much more inclined to use other crypto-currencies, such as Bitcoin or Ethereum, which could lead to the famous adoption of mass that would explode the market as a whole.