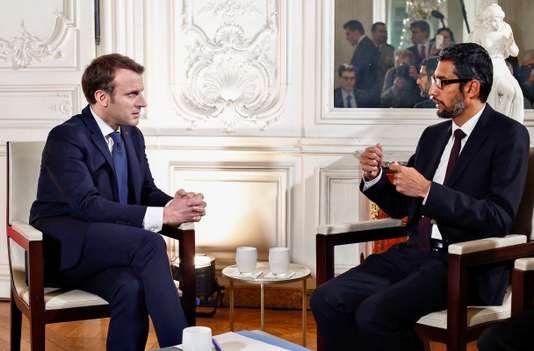 For his coming to France as an officer of Google, Sundar Pichai did not come with empty hands. Among the 140 bosses of multinational companies invited by the Palace at Versailles for the summit on the attractiveness of France, the CEO indo-american giant of the Web announced, Monday, 22 January, a series of measures to contribute to make France, according to his words, ” a champion digital “.

It must first pass through a program of training to digital skills. In the coming months, the american search engine will open up spaces in four French regions, where everyone can come in and learn, free of charge, to digital. The first of them will open its doors in Rennes (Ille-et-Vilaine).