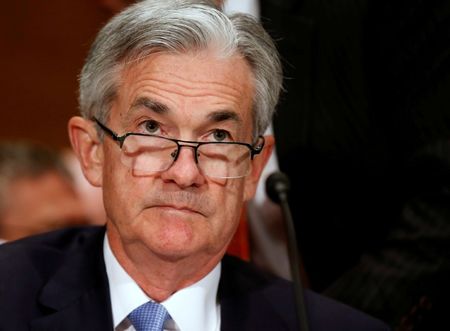 After some hesitation at the opening, the european stock markets rose in early trading Wednesday, extending a movement of relief began Tuesday when the Federal Reserve chairman, Jerome Powell, has referred to a possible reduction of the interest rate.

Powell had said on Tuesday in a speech that ” we will act as it should to support the expansion “, after being concerned of the uncertainty created by the recent conflicts related to trade and immigration with China, and Mexico. It was not a question of the approach “patient” in the development of policies in the recent communication of Powell.

The sentiment has also been boosted by the surprise increase of surveys on the services sector of the IHS Markit on the continent as a whole. The index of purchasing managers in the euro zone rose to 52.9 in may, better than the reading unchanged from 52.5 expected. The national indices are weakening in France, Italy and Spain, but has increased in Germany .

The main laggard was the FTSE MIB 30 for Italy, a decrease of 0.1%, disrupted by a vote of the lower house of Parliament, which has indirectly approved the plans wave of the populist coalition to issue a parallel currency in the form of government bonds, short-term, known as the MiniBOTs. According to the Italian press, the EU would have already decided to open an “excessive deficit procedure against Italy for violation of the tax rules.

The banks are once again among the less well-performing on Wednesday, while the easing of the monetary policy of the Fed think of monetary policy meeting of the European Central Bank on Thursday. Some analysts believe that the ECB will push back the date of its first interest rate increase beyond the end of the year, which would extend the intense pressure on margins of banks by cheap rates.

Credit Agricole (PA: CAGR), societe generale (PA: SOGN) and BNP Paribas (PA: BNPP) were all late on the reference index the local, as were the Italian Intesa Sanpaolo (MI: ISP) and Unicredit (MI: CRDI) and the Spanish Santander (MC: SAN), BBVA (MC: BBVA) and Caixabank (MC: CABK). In the netherlands, ING (AS: INGA) and ABN AMRO (ACES: ABNd) were at the bottom of the AEX.