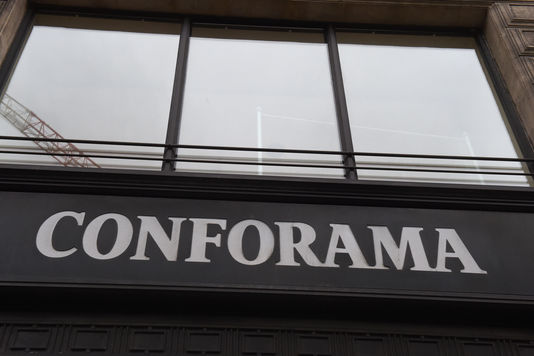 The parent company of Conforama takes to the air. Full financial storm since the announcement in early December to “accounting irregularities” that led to the surprise resignation of its CEO Markus Jooste and his collapse in the Stock market, Steinhoff International announced on Friday 26 January, having recovered enough cash to be able to keep the conglomerate afloat.

The title of the second group of european furniture – 12 000 stores and 130 000 employees in 30 countries – has lost more than 80 % of its value in 2017, while its management team, is alleged to have artificially inflated its revenues. With the scandal, more than € 10 billion of market capitalization have evaporated. Since, the holding company based in South Africa is facing a crisis of cash, especially for the operations of its subsidiaries in Europe and the United States.

Manoeuvring at the margins

“The group continues to take measures to maintain the stability of its operations, and its immediate needs for liquidity have been settled “, we can read on a presentation unveiled on Friday to the european creditors of the group, meeting in London. In recent weeks, Steinhoff has released emergency of almost a billion euros by selling non-strategic assets. Even Monday, the group has recovered almost 500 million euros for the sale of its interests in the south african society of financial services PSG Group.

In France, Conforama has sold its shares in the online retailer Showroomprive.com for 79 million euros, or half of what he paid last may to acquire it. The French subsidiary – just like Poundland in the Uk, and Mattress Firm in the United States – has struggled to negotiate, on his side, a line of credit of 115 million euros, which allows him to assert his independence.

For analysts, these maneuvers, at the margin, may not be sufficient. “The banks are going…