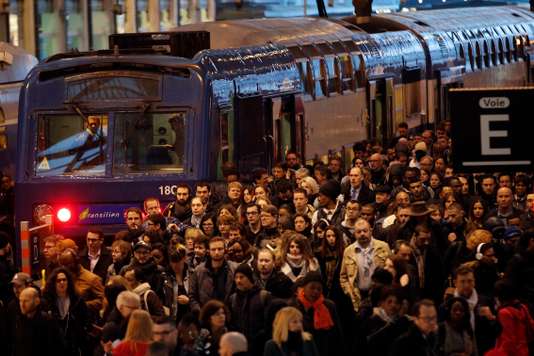 The case is sensitive. For the fifth day of the strike by the dotted line, launched since April 3, and intended to fight against the reform project of railway of the government, the rate of strikers in continuous decline since the beginning of the conflict, there is a new pullback.

Friday, April 13, the direction of the SNCF issued a rate (calculated at the end of the morning) of 22.5 % of strikers, down 2.4 percentage points compared to the 9 April and by 11.4 percentage points compared to the first day of the strike so-called ” beaded “. The rate of strikers in the personal essential circulations (drivers, controllers, switchers) and subject to an individual declaration of intent (mandatory) is at 38 %. He was ten points higher than at the beginning of the strike.