Serious fraud office has decided to discontinue an investigation of a suspected market abuse in Fingerprint Cards ‘ share in 2016.

The survey has been the comprehensive notification in december 2016 was submitted to the EBM, and in which, among other things, foreign hedge funds was singled out as blameworthy in their trade with the share.

”The investigation has shown that it no longer exists, the reason that the offences have been committed,” writes deputy chief prosecutor Jan Tibbling on the EBM:s finansmarknadskammare.

He adds, however, that some of the shops mentioned in the complaint are still under investigation within the framework of other investigations regarding the Fingerprint Cards. 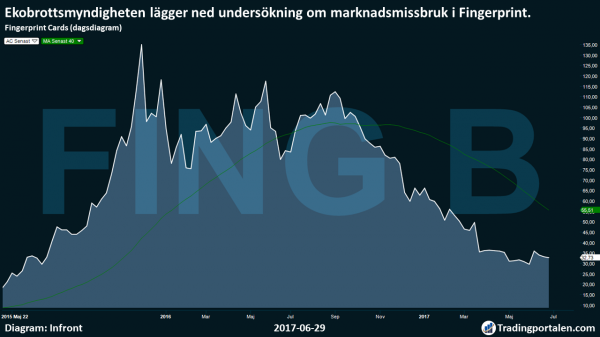