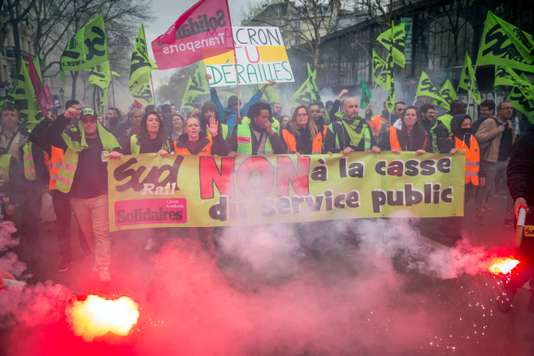 Railway workers were called to a second day of strike action, Wednesday, 4 April, by the trade unions (CGT, UNSA, Sud-Rail, CFDT) in order to protest against the project of reform of the SNCF developed by the government.

The mid-day, the direction of the SNCF has announced that “on the railroad before work today, the rate of strikers in the middle of the morning amounted to 29.7 %, down 4 percentage points” relative to the day Tuesday. Among drivers, the rate was-Wednesday, of 74 % compared with 77 % the previous day.