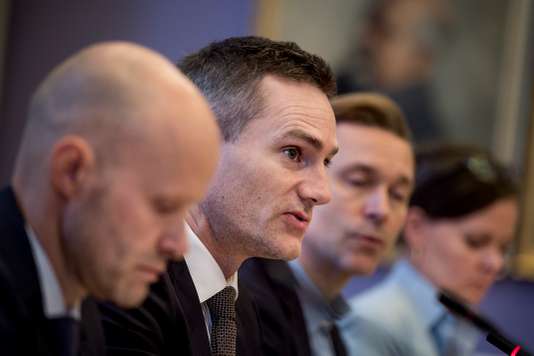 Since the 19 September and the publication of the report of the law firm Bruun & Hjejle, commissioned by the Danske Bank in order to shed light on one of the biggest cases of money laundering in Europe, the scandal continues to find new twists. In the turmoil now : Nordea, the leading bank in Scandinavia, it is caught by the revelations concerning the subsidiary Estonian Danske Bank, who is suspected of having covered up, between 2007 and 2014, the transit of 200 billion euros suspects, from Russia and the former soviet bloc.

On 17 October, the prosecutor’s office financial Swedish has confirmed that he has registered a complaint against Nordea for fraud, forgery and money laundering. Has the origin of the accusations, Bill Browder, the head of the fund Hermitage Capital, based in the United Kingdom. The investor, specialized in tracking capital flows out of Russia, claims to have identified 365 accounts in Sweden, Denmark, Finland and Norway, which have passed the 175 million dollars (154 million euros), connected to the branch Estonian Danske Bank and the bank of Lithuanian Ukio Bank.

A second complaint was filed on 22 October, with the Finnish authorities, aimed 500 accounts of the branch of Finnish Nordea, which have passed 205 million euros, also related to the subsidiary Estonian Danske Bank and Ukio Bank. The Nordea, which has moved its headquarters from Stockholm to Helsinki in early October, was assured that it was working with the authorities. But its CEO, the Finnish Casper von Koskull, has warned, on the 24th of October, against a ” witch-hunt “.

For its part, the Danske Bank is now the subject of several judicial investigations, conducted by the Danish authorities, the Estonian and british. It is also in the sights of american justice, which could…