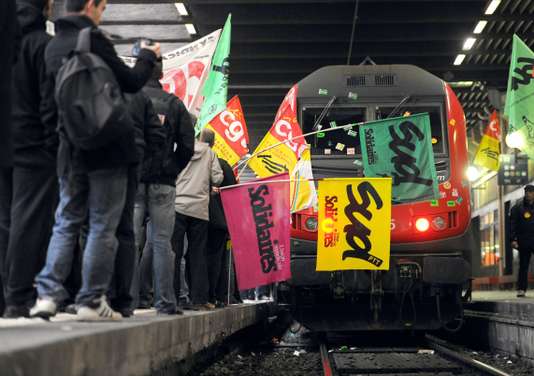 The railway unions have unanimously denounced the draft law to permit the use of orders to reform the SNCF, presented on Wednesday, march 14, in the council of ministers. This reform is not a surprise, and the reaction of the unions is not over. The UNSA is ready ” arm of iron “, SOUTHERN Rail wants to be “a strike is renewable and lasts” and the CFDT provides for ” a mobilization of the workers “.

SNCF : the government launches its reform by orders

“We are moving toward an arm of iron, it is clear, has warned Roger Dillenseger, secretary-general of the UNSA, second union of the SNCF. The ball was in the camp of the government. This bill shows his contradictory approach between a willingness to exchange displayed and the reality of the text. “