Plus500 announces redemption of its shares, and revenue growth

The shares of CFD broker Plus500 Ltd have recorded a strong rise on Friday after the announcement of a share buyback for 10 million dollars, strong levels of cash flow and a healthy growth of revenues in the second quarter.

Plus500 has announced that the trading activity during the second quarter continued on a positive trend although the level of volatility significantly lower than measured by the VIX index compared to the same period in 2016.

On the regulatory front, Plus500 has indicated that the regulatory changes announced in various jurisdictions (Uk, Cyprus, Germany, France …) have not significant impact on the company’s results. However, CFD brokers in the Uk await the outcome of the consultation from the FCA on new rules governing the trading with a leverage effect.

Plus500 has also announced the launch of a share buyback program of its shares for $ 10 million. The broker has committed Liberum Capital Limited to manage the buyback program, which will take place from 31 August 2017.

These announcements combined have resulted in a strong increase of the shares in Plus500. 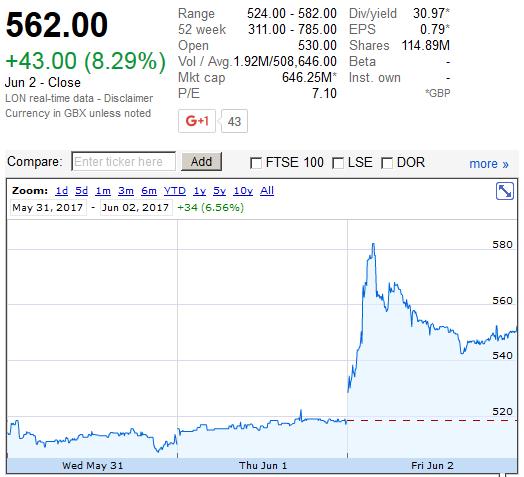