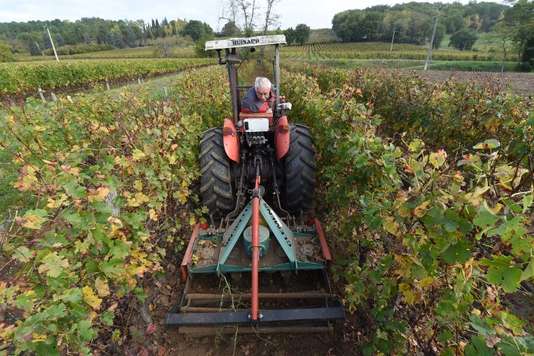 Green agriculture does not have to be ashamed of its economic performance. Quite to the contrary. The study entitled ” The economic actors and the environment “, published on Tuesday 5 December by Insee, shows, in three sectors of activity – wine, horticulture and milk production, as organic farmers tamp the pawn to their counterparts, proponents of conventional farming on the plan of the income of their farms.

This lighting is all the more interesting that the topic has been little-discussed. The challenge is to have a sufficiently representative sample to draw a meaningful analysis. The institute has chosen to work on the data in 2013 and focus on three productions in which the proportion of farms bio is significant : the market gardening (11 %), viticulture (6 %) and cow milk (3 %). These products are also the most popular in the shopping basket of consumers.

The sample chosen by the Insee account 1 800 farms in organic agriculture, which were compared to 28 000 holdings with so-called ” conventional “, selected in the same branches of activity. Organic vine growers have on average a turnover of 17 000 euros per hectare, or 46 % more than in conventional.

A gap that can be explained first of all by a better valorisation of the wines, with prices of more than 10% to 40 %. But also by a stronger presence in the area of protected designation of origin (PDO). And, in spite of the staff costs one and a half times higher, and gross operating surplus (EBITDA) to an average of 6 400 euros per hectare, compared to 3 700 euros for the grower, as conventional.