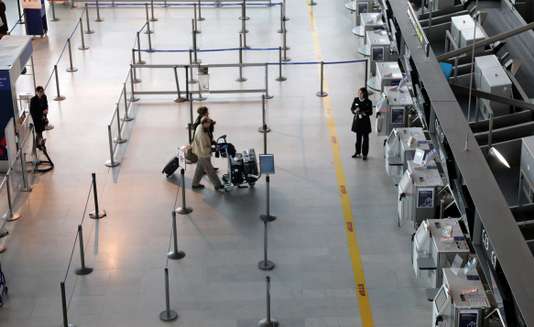 Sirens blaring and sono noisy were at the rendezvous, Friday, march 30, at the occasion of the gathering of the employees of Air France before the forum of the city of flight crews at charles de gaulle airport. For this third day of strike, the intersyndicale, which brings together ten organizations representing all categories of staff of the airline wished to make a demonstration of strength.

For this third day of conflict, the mobilization does not seem to wane, with a rate of strikers, which varies by nearly a third for the drivers, and settled around 30 % for other categories of personnel. “There has already been more than 300 flight cancellations,” points out Sandrine Techer, secretary of that section of the Syndicat national du personnel navigant commercial (SNPNC). Before the start of this third strike in a few weeks, Air France provided support for three quarters of its programme of flights. Including beating the recall of personal non-strikers, and with the use of charters.