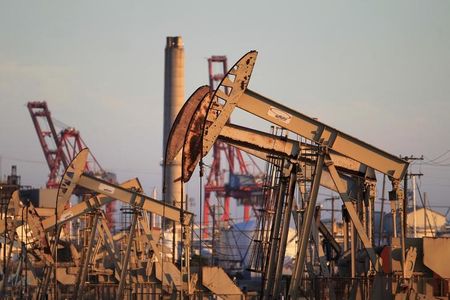 crude prices were volatile on Monday, with uncertainty about the willingness of Russia to extend the production cuts and the tensions between the United States and Iran have created uncertainty among investors.

Iranian minister of Foreign Affairs, Mohammad Javad Zarif, has criticized a tweet from the us president Donald Trump this weekend, calling it “a provocation genocidal” via Twitter and adding that he should ” try respect “.

The tweet Zarif was responding to a comment from Trump: “If Iran wants to fight, this will be the official end of the Iran. Do not threaten to never the United States! “

The saudi minister for Oil, Khalid al-Falih, said on Sunday that the Organization of the Petroleum Exporting Countries (OPEC) sought to reduce its inventories by extending its agreement to reduce production, which will expire in June.

However, Russia, an ally of OPEC, has expressed his uncertainty about this agreement. The Russian minister of Energy Alexander Novak has warned that the parties were still “various options”.

The group agreed in January to reduce its production of 1.2 million barrels per day in order to prevent the inventory to increase and bring the price down.

Russia is also grappling with oil-contaminated in its export pipeline, which has driven two major european companies to stop paying the Russian companies who have supplied the oil.