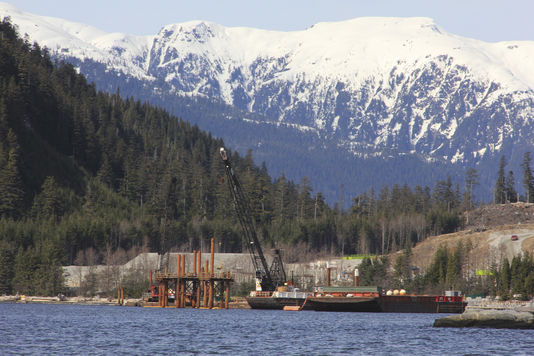 The frigid temperatures that hit a large part of the North America, since Christmas will have at least makes them happy : the producers of canadian natural gas. December 25, 2017 and the Day of the year, the benchmark price of natural gas in Alberta, AECO, has increased by 72 %, from 2.50 canadian dollars (1.65 euro) per thousand cubic feet (a little more than 28 m3) to us $ 4.30.

In fact, the temperatures decrease in this province of Western canada has been so intense, with the mercury down sometimes under the – 40 °C, some gas wells have frozen up. At the same time, the demand for natural gas increased due to the extreme cold weather that affected both Canada and the United States, resulting in a price increase.

But, according to several observers, such as Martin King, of the investment firm GMP FirstEnergy, quoted in the Financial Post, it would be necessary that the cold persists for several more weeks for prices to continue to increase and benefit from a sustainable to producers in alberta who are in need. At the beginning of October 2017, the price of natural gas has dropped to zero and even became sometimes negative, forcing companies to pay to get rid of their production.

If the producers of Western canada are experiencing difficulties, it is that the situation has changed south of the border. Traditionally, the United States is the first export market, mainly thanks to the pipelines linking the two countries. But since early 2010, the development of the technologies of horizontal drilling and hydraulic fracturing has led to the growth of the exploitation of the reserves of tight gas and shale. The latter, previously considered non-profitable, now represent more than half of canadian production of natural gas and are expected to further increase. However, these same technologies have also allowed the…